The highly touted Texas A&M pass rusher, who’s projected by most experts to be the No. 1 overall pick in the 2017 NFL Draft, was asked Saturday at the NFL Scouting Combine which quarterback he most wants to sack once he reaches the pros.

Why? Because he’s a big fan of the New England Patriots QB’s longtime rival.

Barring a trade or a stunning slide down the draft board, Garrett likely won’t get a chance to bring down Brady this season. The teams with the top five picks in the draft — including the Cleveland Browns, who own the first overall selection — all do not have the Patriots on their 2017 regular-season schedules. 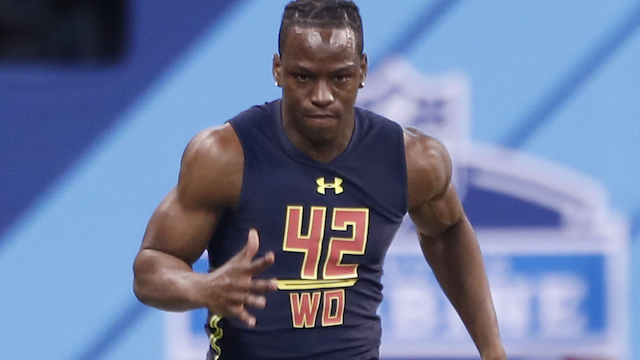