It’s safe to breathe for now, New England Patriots fans. Bill Belichick has slowed down the flurry of acquisitions he pulled off to begin the new NFL league year.

As we detailed Thursday, there really aren’t many more needs the Patriots must fill before training camp or the 2017 season begins. They only have 63 players on their 90-man roster, so they still will need to sign 27 players before training camp begins, but many of those will be roster filler. You could put together a very solid 46-man active roster and pretty solid 53-player squad right now.

With the Malcolm Butler situation still in the air, let’s get into this week’s mailbag.

@DougKyed What letter grade would you give the patriots offseason thus far?
— @Caleb4Bama
So far, it’s an A. If they trade Malcolm Butler (depending on the deal), it goes down to an A-, and if the restricted-free-agent cornerback is locked up to a long-term contract, then it will be an A+.

The grade could go up or down if backup quarterback Jimmy Garoppolo is traded, as well. This grade is written in pencil, not pen. It’s also graded on a scale. Most NFL teams are terrible at free agency.

@DougKyed why are the patriots so intent on move Buttler
— @111222333EEE
I’m not sure if they’re intent on moving him, but they seem pretty confident that he won’t be back in 2018 and know the Saints are interested in him. So, if the Saints are willing to give up what the Patriots determine is worth one year of Butler plus the 2019 third-round compensatory draft pick they’d likely receive if he leaves in 2018 as a free agent, they’ll do the deal.

Patriots fans shouldn’t get their hopes up about the Saints’ 11th overall pick. New England could get its 32nd overall pick or a package of picks back for Butler. Patriots fans won’t be happy about this, but what the point in setting unrealistic expectations?

We got more into why the Patriots might have chosen Gilmore over Butler on this week’s “Between The Tackles” podcast.

Solder, Gronk and Flowers will grab every board.

I thought about making Tom Brady or Jimmy Garoppolo point guard for obvious purposes, but I doubt their athleticism.

@DougKyed let’s say, by some miracle, Butler does play for Pats this upcoming season, which is better unit, offense or defense?
— @JefFullerMyself
Right now? Still the offense. Throw another pass rusher into the mix, though, and they might be dead even.

The Patriots’ defense will be very good regardless, though. Possibly even better than last year.

I guarantee you Patriots fans still will get fed up with them at some point every game and send me angry tweets saying they’re terrible. I’ll write that in pen.

It would be funny to see Revis play for New England while being paid by the New York Jets and all, but I don’t know how psyched he’d be to come in and compete for either a slot cornerback role or a fourth safety job.

There are more cornerback-needy teams out there that probably would give Revis a more guaranteed role. I’m also not sure his ego could handle signing a contract for less than $6 million. He can make that money without playing in 2017. What’s the incentive for him to sign somewhere if he already wasn’t motivated in 2016?

@DougKyed Will Cyrus Jones see a bigger role in defense this year? Possibly slot corner? #MailDoug
— @UKofPatriots
He could. He’ll certainly be able to compete for a role on defense during training camp. That’s not a guarantee he’ll earn it, though.

Jones’ defensive snaps provide only a small-sample size, but he was spotty in them. He certainly was better on defense than he was as a returner as a rookie.

It will be a great story if Jones can regain his confidence in 2017. Everyone’s rooting for him.

I know this is a stupid question but since we could take the cap hit with room 2 spare, could you see a trade 4 Sherman? #MailDoug @DougKyed
— @SSP_AJBAYMON
The Ringer’s Michael Lombardi, who used to work in the Patriots’ front office, said on the “NFL Show” podcast he believes the Seattle Seahawks could trade cornerback Richard Sherman. It seems highly unlikely a trade could go down between New England and Seattle for Sherman, but Bill Belichick has surprised me before.

Did I expect the Patriots to sign Stephon Gilmore and potentially trade Malcolm Butler? No. No, I did not.

@DougKyed do you expect any changes to LB roles of players currently on roster w/ lack of added EDGE players and (currently) no high picks?
— @DWCoates
Players like Kyle Van Noy or Shea McClellin could get more reps rushing the passer, but I can’t see them taking on full-time edge roles. New England prefers bigger players rushing the passer from the edge.

@DougKyed could Grissom finally see a role in the pass rush rotation or is he purely a special teamer at this point?
— @ChefdDds89
Geneo Grissom certainly will have a chance to prove he can take on more of a defensive role in 2017, but the fact that he was cut during training camp in 2016 doesn’t bode well for it. He also received just 11 defensive snaps all season.

I don’t believe the Patriots can count on him entering the pass rush rotation, which is why I think they still need to add two more pass rushers in free agency and/or the draft. If Grissom surprises them in camp, that’s gravy.

@DougKyed If you were stranded on a deserted island and could only have one bag/box of junk food, what would you bring and why?
— @bruinsgirl33
Double Stuf Oreos or Cadbury Creme Eggs.

Anyone remember those old Cheetos paws or checkers? I miss those.

I don’t know about savory snacks. Can I bring Ruffles and french onion dip? If not, maybe sour cream and onion Ruffles?

@DougKyed sup?
— @jasproemelt
I’m currently up way too late watching “Independence Day” while trying to finish my mailbag. Back in offseason mode.

@DougKyed how many triple doubles would Russ avg on the Patriots #MailDoug
— @Miichaelwashere
You can’t score a triple-double while playing football. Nice try, though, Miichael.

Not a big snake or rodent guy, personally.

@DougKyed What’s up with Hightower? #maildoug
— @HSSfanME
For about a week, every time I would tweet anything, someone would inevitably ask what’s up with Dont’a Hightower.

My friends and I have started a 15-second food review show that only airs on my Instagram stories called “Doug’s Buds.” The rating system goes from bugs (bad) to buds (good).

It’s a flawed system because it’s fairly unlimited. Some things can get 429 buds and others can get five buds, and they’re really not that far off from one another. The words buds and bugs also sound a lot alike. So, there’s a good chance you’ll think we’re saying something is good when it’s really not.

Be sure to follow me on Instagam (@dougkyed) to watch, though. It’s a pretty big hit.

@DougKyed do you think you could beat LaVar Ball one on one? #MailDoug
— @PatriotsFans1
No, but I could beat Michael Jordan.

My one-on-one basketball skills are perfectly between LaVar Ball’s and Michael Jordan’s.

@DougKyed Pearl Jam or Nirvana? #MailDoug
— @salvaje50
I was born in Seattle, but I’m not a big grunge guy. This is hot take that surely will not make me very popular with a large degree of football fans.

Late-80s and early-90s music is kind of a blind spot for me. I like a lot of the music from the 1950s, 60s, 70s, 80s, mid-90s and 00s, but my favorite bands from the grunge period are Operation Ivy, Rancid, Dag Nasty, Gorilla Biscuits, the Gin Blossoms and Green Day. Those bands kind of belong to earlier and later eras anyway. Guns N’ Roses have some bangers too. I also like a lot of the rap and hip hop from that era.

I like a fairly wide range of music, but there’s also a solid chunk of popular music I don’t care about.

@DougKyed Roman Reigns vs. Taker, you going the Big Dog or the Dead Man. Bonus points, will Strowman be involved?
— @bobbyg_81
Big Dog is going to win, and the Orlando crowd is going to be reallllll mad. 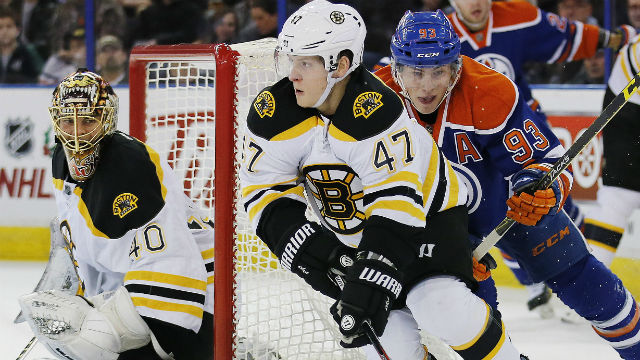 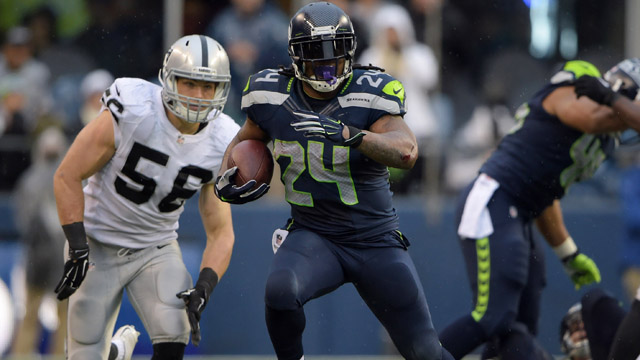