Most reigning Super Bowl championship teams are content to stand pat over the offseason, trying to repeat using most of the same players who just succeeded in winning a Lombardi Trophy. New England Patriots head coach Bill Belichick runs his ship a little differently.

The Patriots have been the most active team since the start of the new league year Thursday afternoon, adding tight end Dwayne Allen, cornerback Stephon Gilmore, wide receiver Brandin Cooks and defensive linemen Lawrence Guy and Kony Ealy while retaining safety Duron Harmon and defensive tackle Alan Branch. It’s been a wild four days for the Patriots, and while it seems to be slowing down, there still are questions surrounding linebacker Dont’a Hightower, quarterback Jimmy Garoppolo and cornerback Malcolm Butler.

Before those are answered, let’s reset the Patriots’ current 90-man roster, which had 61 players on it as of Monday morning.

QUARTERBACKS
Tom Brady, Jimmy Garoppolo, Jacoby Brissett
Garoppolo still is a member of the Patriots, which means the team doesn’t need a quarterback.

Will Garoppolo still be a member of the Patriots in April or September? No one really knows. The reports of potential trades involving the backup QB are getting pretty old, though.

RUNNING BACKS
Dion Lewis, James White, D.J. Foster, Tyler Gaffney
The Patriots need to add a big back or two through free agency or the draft before the team reconvenes this spring. Free agent LeGarrette Blount still could be one of them.

Lewis can handle some early-down duties, but the Patriots need a bulldozer.

WIDE RECEIVERS
Julian Edelman, Brandin Cooks, Chris Hogan, Malcolm Mitchell, Danny Amendola, Matthew Slater, Devin Lucien
Amendola currently has a cap hit of nearly $8 million, so that has be adjusted. Whether or not Amendola agrees to a pay cut, the Patriots likely will add additional receivers even after acquiring Cooks in a trade with the New Orleans Saints.

TIGHT ENDS
Rob Gronkowski, Dwayne Allen, FB James Develin, Michael Williams, Matt Lengel, FB Glenn Gronkowski, Rob Housler
Only Gronkowski, Allen, who was acquired from the Indianapolis Colts in a trade Wednesday, and Develin are ensured roster spots. The Patriots would be wise to draft another tight end with higher upside than Williams, Lengel or Housler to play behind Gronkowski and Allen.

DEFENSIVE ENDS
Trey Flowers, Rob Ninkovich, Kony Ealy, Geneo Grissom
Even after acquiring Ealy from the Carolina Panthers, the Patriots still should look to sign one or two additional edge rushers. The draft is loaded with pass rushers, so that would be a good place to find one. They also could grab a veteran edge defender after the initial wave of free agency.

If they can’t re-sign their top free agent, they’ll need to address this need through the draft.

If the Patriots trade Butler, they’ll likely sign a veteran free agent and draft a player at the position.

Long already announced he wouldn’t return to the Patriots. The chance of Floyd returning decreased with the addition of Cooks. 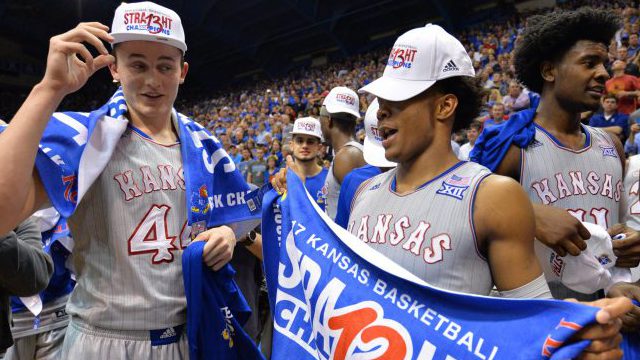