11 p.m.: That’s all, folks. It was quite the journey, and we hope you enjoyed following along with us. Until next time.

10:57 p.m.: Rachel meets three more men, and right out of the gate, it looks like her season of “The Bachelorette” will not lack entertainment.

10:53 p.m.: The limo rolls up, and Rachel meets some of the new contestants. The first, DeMario, reveals plane tickets to Las Vegas and an engagement ring. You can say a lot about DeMario (we think — we just met him) but you can’t say he lacks confidence.

10:46 p.m.: Chris Harrison reveals the epic surprise, and it certainly is a doozy. The host announces Rachel’s season of “The Bachelorette” will begin now, live!

10:42 p.m.: Rachel, the next “Bachelorette,” admits she initially was skeptical about her upcoming season. Dating 30 people at once, what possibly could go wrong?

10:33 p.m.: The newly engaged couple announces they haven’t confirmed a wedding yet. In fact, they haven’t even decided which nation they will live in. A fairy-tale love story, indeed.

10:31 p.m.: Nick reveals he and Vanessa still are trying to get to know each other. That typically comes before an engagement, but to each their own.

10:20 p.m.: Vanessa jokes that she and Nick almost forgot to exchange phone numbers after the show wrapped. That would have been so perfectly Nick.

10:17 p.m.: Vanessa says she had trouble differentiating Nick “The Bachelor” from Nick, a man she was trying to build a relationship with. In other news, water is wet.

10:10 p.m.: Raven’s quest for love rolls on like a freight train: She announces she will be a part of “Bachelor in Paradise” this summer.

10:09 p.m.: Raven says she’s happy Nick found love and didn’t get his heart broken (again). Had to expect she was going to get a jab in there.

10:05 p.m.: Raven and Nick meet for the first time since he broke her heart in Finland. We hope he at least gave her the Husky puppies.

10:02 p.m.: The after-show is about to kick off, and Chris Harrison has reminded (almost too much) that this segment will be “historic.” We’ll have to wait and see what he means.

10 p.m.: Nick gets down on one knee, pops the question, and Vanessa says yes! Nick’s curse of heartbreak is over!

9:58 p.m.: Vanessa reminds Nick that she can get emotional at times. We don’t think he needed the disclaimer.

9:56 p.m.: Vanessa says she is nervous, and Chris Harrison tells her that she should be. Way to ease the nerves, Harrison.

9:53 p.m.: Nick has made his decision — he is going to propose to Vanessa. The only question is, will she say yes? Nick will either become an engaged man or become the Buffalo Bills of “Bachelor” shows.

9:46 p.m.: Nick sends home the person he is positive would say yes, and now awaits the woman who he is uncertain will accept a proposal. Only Nick.

9:43 p.m.: Raven spills her heart out to Nick, but Nick tells her that his heart is somewhere else. She is staying surprisingly composed, but Nick is engulfed in tears.

9:41: p.m.: We’re on the verge of a decision, as Raven meets Nick first. She is all sorts of nervous. So much for her engagement guarantee.

9:34 p.m.: Nick envisions Raven saying yes to a possible proposal, while he’s unsure if he would get the same response from Vanessa. Due to Vanessa’s seemingly endless crying throughout the episode (and season), he’s probably on to something.

9:24 p.m.: Raven continues to call Nick “Nicholas.” While full first names usually are reserved for when your parents are angry at you, Nick doesn’t appear to be fazed by it.

9:22 p.m.: Raven reminds Nick that she has no hesitations and would fully embrace a proposal if that were to take place. After their date concludes, she reflects on the fact that the next time they see each other, she will be his fiancée. Have to respect Raven calling her shot.

9:11 p.m.: Nick is pulling out all the stops with this date. He brings out three Husky puppies, which makes Raven’s heart melt immediately. Very smooth, Nick.

9:07 p.m.: Nick takes Raven ice skating as part of their final date. They seem to be hitting it off, so we wouldn’t say Raven is on thin ice with Nick (We will try to keep the cringeworthy jokes to a minimum).

9:04 p.m.: Chris Harrison continuously terms the finale as “historic,” so much so that he even made a self-deprecating joke via Twitter. We’d recommend his advice.

8:55 p.m.: Vanessa attempts to get responses for all of her unanswered questions, but Nick sidesteps them due to the fact that she isn’t the only woman left. It appears Nick is a big fan of Bill Belichick — he’s skillfully saying a lot, without saying anything at all.

8:49 p.m.: Vanessa expresses that “something isn’t feeling right.” Uh oh, is it déjà vu all over again for Nick?

8:43 p.m.: Nick and Vanessa approach a small cottage, and Santa Claus subsequently emerges from it. Jury still is out whether or not it’s the real Saint Nick.

"Come here so that we can hug!" – Santa?? ?? #TheBachelorFinale pic.twitter.com/idO0rq9hDy

8:40 p.m.: Nick will go on a final date with each of the remaining two women in Finland. Nothing screams romance quite like a subarctic climate.

8:34 p.m.: Chris Harrison polls the live audience, asking who they think Nick will choose. Vanessa was the overwhelming crowd favorite. He also asks if anyone thinks Nick will end up alone, which garnered a hearty laugh from the studio audience. Ouch.

8:25 p.m.: Nick’s father is fearful that this journey will end in heartbreak for his son. It’s always nice to receive unwavering confidence from your parents.

8:21 p.m.: For those keeping score at home, Vanessa is batting 1.000 when it comes to crying/being uncertain of her future with Nick in every episode.

8:18 p.m.: A member of Nick’s family reminds everyone that the woman doesn’t have to say yes to a proposal. Yikes, man. Cut the guy some slack.

8:09 p.m.: The fact that Nick’s 11-year-old sister is fully aware of his long list of heartbreak probably is not a good sign.

8:07 p.m.: Nick gives his parents the rundown on the final two women. You have to imagine it’s a Groundhog Day situation for them. It’s not their first rodeo.

8:05 p.m.: Chris Harrison is really driving home the fact that Nick has swung and missed on his previous two “Bachelorette” attempts. Third time’s the charm?

Following a season full of laughs, tears and absurdity, it all comes down to this. After starting out with 30 hopeful women, Nick Viall has narrowed the field to two.

Will one of these two women win Nick’s heart and ride off into the sunset, or will Nick come up short for the third time?

It’s sure to be an eventful night, full of emotions, palpable tension and probably plenty of uncomfortable moments stemming from Nick’s general awkwardness.

Keep it locked here for live updates throughout the show. 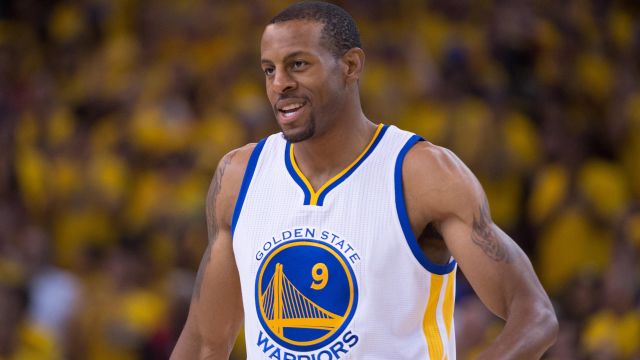 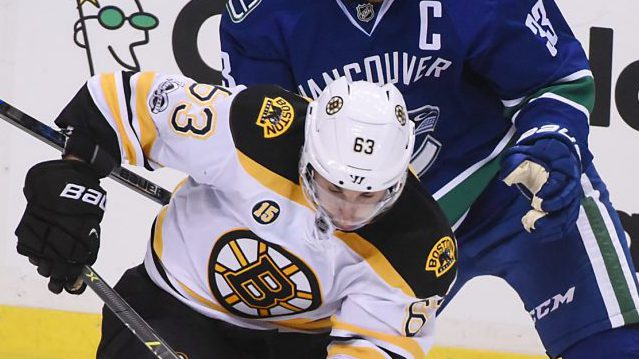