The 2017 NFL Draft opens Thursday in Philadelphia with the first round in prime time.

While the quality of quarterbacks isn’t as strong as recent seasons, there’s plenty of elite-level prospects available who could be franchise-cornerstone players for many years.

Most of those players are on defense, particularly pass rushers. Teams who failed to put consistent pressure on the opposing QB last season should be able to find a solid upgrade in Round 1.

The running back class also is stronger than normal, with as many as four players having a chance to be picked in the first round. The success of recent running backs taken in Round 1, most notably Todd Gurley in 2015 and Ezekiel Elliott in 2016, could make teams less hesitant to use a first-round selection on an RB.

Here are the top five players at each position group in the 2017 draft class.

Th 2017 quarterback class has been labeled as weak, and rightly so. We could see zero QBs taken in the first 10 picks, and that hasn’t happened since 2013.

Trubisky widely is considered the best of the bunch. He threw for 3,748 yards with 30 touchdowns and six interceptions last season, but he only had one year of starting experience at UNC.

Mahomes has been climbing draft boards for weeks. He’s an intriguing prospect at 6-foot-3 and 229 pounds, but some experts have concerns that he could be just another “system QB” who put up great stats because of Texas Tech’s run-n-gun offense.

Watson led Clemson to back-to-back College Football Playoff National Championship Game appearances, including a dramatic win over Alabama in January. His dual-threat skill set has drawn comparisons to Vince Young, and he could sneak into the first round.

Fournette is a power back who has drawn comparisons to former NFL MVP winner Adrian Peterson. The LSU star struggled against some of the best teams he faced, most notably Alabama’s stout defense, but he has all the physical tools to be a productive starting running back at the pro level.

Cook is a more athletic and better pass-catching running back than Fournette. He has a chance to go in the top 16, as the Carolina Panthers, Buffalo Bills, Cleveland Browns, Indianapolis Colts and Baltimore Ravens all need to upgrade their talent and depth at running back.

McCaffrey didn’t have the Heisman Trophy-caliber campaign at Stanford that many expected, but he’s a versatile RB with good receiving skills. He’s a solid option for teams late in Round 1 or early in Round 2.

Davis, Ross and Williams clearly are the best wideouts in this class. After them, the talent level drops off a bit, although Smith-Schuster could be a steal in Round 2 with the right team. Davis has the most potential of the group after tallying 97 receptions for 1,500 yards and 15 touchdowns in 2016. His fantastic speed and agility sets him apart from the rest of the group.

Ramczyk and Robinson have been ranked among the best offensive linemen prospects since September. Robinson didn’t have the elite season many predicted, but he still played a huge part in Alabama dominating opponents in the running game en route to a CFP title game appearance.

Teams that have center as a top position of need probably won’t find much to their liking in the first two rounds. It’s a weak center class.

Howard is the undisputed top tight end in this draft. He has the physical skills to block well and be a quality pass-catcher in the pros, and his ability to perform at a high level in important games for Alabama was impressive. He caught touchdown passes in each of the last two CFP title games.

This is the deepest position in the entire class. Garrett likely will be selected No. 1 overall, and Thomas, Allen and Barnett all could join him as top 10 selections. Any team selecting one of these four pass rushers is going to expect an immediate impact, similar to what 2016 No. 3 pick Joey Bosa gave the San Diego Chargers last season. Rushing the quarterback is among the most coveted skills in today’s NFL, so expect these five players to go off the board quickly.

There aren’t any can’t-miss defensive tackle prospects, but the depth at the position is pretty good. There should be plenty of DLs taken in the first three rounds, led by Big Ten standouts McDowell and Charlton. These two run-stuffing linemen could come off the board late in the first round.

Linebacker is a fairly deep position, although Foster is the only player expected to go in the top 10. In fact, Foster could be a top five selection because of his above-average speed and strength, as well as his excellent pursuit and tackling ability. He’s one of the better all-around linebacker prospects of the last five years.

Reddick had an outstanding season at Temple and should go in the top 15. The Owls star was among the best pass-rushing outside linebackers in college football this past season.

Lattimore is a top 10-talent after excelling as the Buckeyes’ top cornerback in 2016. He’s very good in coverage and tackles as well as any CB in this class. Humphrey is a potential late first-round steal if he drops.

Adams has unreal speed, which was evident at his LSU Pro Day, and he’s also solid in coverage. He’s likely to be picked in the top five, which is pretty rare for a safety. Hooker is another likely top 10 selection. He’d be a good fit for the New York Jets at No. 6. Peppers had a very good season for Michigan, but not playing in the Wolverines’ bowl game could have irked some teams. 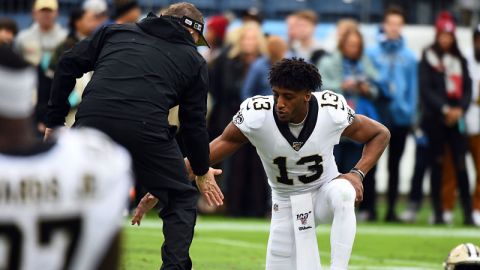 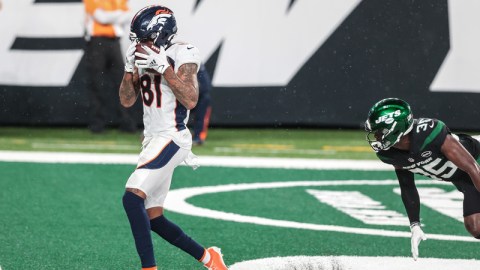