Aaron Hernandez Requested Cellmate But Was Denied, According To Lawyer - NESN.com Skip to content

Aaron Hernandez wanted Kyle Kennedy to be his cellmate, according to Kennedy’s lawyer, Larry Army Jr., while the former New England Patriots tight end served a life sentence without parole for the 2013 murder of Odin Lloyd. But Hernandez didn’t get his way.

News of the request — which DailyMail.com reported, citing a source — came less than one week after Hernandez committed suicide at age 27.

“Aaron Hernandez had requested to the prison that my client, Kyle Kennedy, be his cellmate,” Army, managing partner of the Boston firm Army & Roche, told DailyMail.com.

But Hernandez remained alone in his Souza-Baranowski Correctional Center cell in Shirley, Mass.

DailyMail.com also asked Army about the reports that one of Hernandez’s three suicide notes were for his 22-year-old client.

“Neither I, nor my client, have seen the letter,” Army told DailyMail.com. “We will be requesting that the letter be turned over to my client as soon as possible.”

Army also said Kennedy, who is serving three to five years for armed robbery, was placed on suicide watch after Hernandez killed himself, but that the watch since has been lifted. 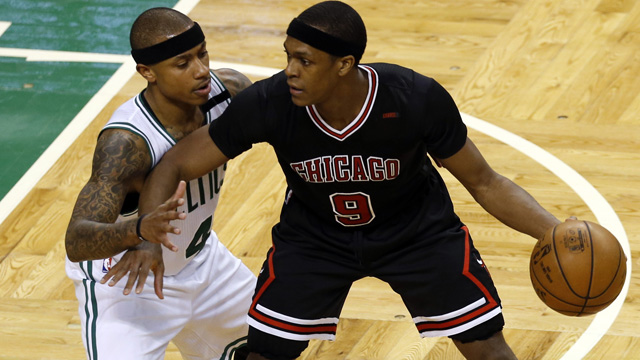 Rajon Rondo Injury Report Hints At Return To Bulls In Game 5 Vs. Celtics