Bruins-Senators Game 1 Takeaways: Are We Sure Zdeno Chara Is A Human Being? - NESN.com Skip to content

The Boston Bruins looked dead in the water after 40 minutes on Wednesday night in Ottawa.

However, the Bruins — as they have for much of Bruce Cassidy’s brief tenure — were able to dig deep and find a way to win, scoring two third-period goals en route to a 2-1 win over the Senators in Game 1 of their Stanley Cup playoffs first-round series.

The gutsy effort was especially impressive given how bleak the situation appeared entering the third period. The Bruins registered a grand total of zero shots on goal in the middle frame, falling victim to Ottawa’s frustrating 1-3-1 neutral-zone trap.

Here are some key takeaways from Boston’s series-opening win.

— Not having David Krejci hurt, especially in the early going. Krejci, who’s twice led the NHL in playoff points, certainly could have helped the Bruins’ transitions through the neutral zone. His loss also shined a brighter light on some of the Bruins’ younger, inexperienced forwards, who largely were no-shows for at least the first two periods.

— Tuukka Rask was great, stopping 26 of 27 shots. He shined all night, but don’t forget how strong he was in the first period during the opening minutes when the Bruins were under siege. He made three saves in the opening 71 seconds, including one gorgeous kick save on an Ottawa 3-on-2 with Boston in the middle of a line change.

— Charlie McAvoy deserves all the credit he’s getting for an impressive NHL debut. He looked real comfortable, especially with the puck on his stick. But he also was good in his own end, even in the first few minutes of the game. Rask’s aforementioned kick save led to a juicy rebound, but McAvoy did a great job of making sure Derrick Brassard couldn’t pounce on it. — After a two-year playoff absence that felt much longer for Bruins fans (and Bruins players), that first period was everything you could want and more. The teams played at a great pace and there was a good amount of nasty between the clubs. The frenetic pace was highlighted by this sequence.

— The second period, objectively speaking, was a disaster for the Bruins. Do you know how hard it is to not register a single shot on goal in 20 minutes of hockey? A simple dump-in from the red line that somehow gets on net goes down as a shot on goal.

— The Bruins did, however, attempt 16 shots in the second period, all of which were either blocked or missed the net. So it’s not like they never had the puck. But Ottawa obviously dominated play in the middle frame. The pace also was much slower, much more deliberate in the second period than the first and third, which is exactly what Ottawa wants. If we see more hockey like that over the rest of the series, the Sens will feel really good about their chances.

— Ottawa’s lone goal came in part due to an awful breakdown from Bruins defenseman Adam McQuaid. He misplayed an Ottawa clearing attempt and turned it into a breakaway, as he couldn’t settle the puck at the red line. And that was all before Bobby Ryan, of all people, outmuscled him for the puck along the boards on his way to scoring the Sens’ only goal of the game.

— If (when) things get real chippy between these two teams, expect Mark Borowiecki to be in the middle of it all. He was suspended earlier this season (while also having a history with the Bruins) and this knee-on-knee hit against Boston’s Colin Miller wasn’t pretty.

— Speaking of Miller, if he can’t go Saturday in Game 2, the Bruins have to hope Brandon Carlo is ready to draw back into the lineup. Otherwise, a defense corps already featuring a 19-year-old with one game of NHL experience will be thinned out even more.

— A big reason the Bruins couldn’t get a shot on goal in the second stemmed from just not being able to get the puck deep and establish possession in the Ottawa zone. They corrected that in a big way in the third period, pretty much from the opening faceoff. It’s so cliche, but Boston got back to doing the little things, like getting to the front of the net and winning puck battles and all that. That paid off, as evidenced by the Bruins’ first goal, which included a solid effort to keep the puck in the zone. Dominic Moore deserves credit for his willingness to go to the front of the net and screen Craig Anderson while getting walloped. It worked, as Anderson was screened on a wicked wrist shot from Frank Vatrano.

— Moore was an unheralded contributor for the Bruins in Game 1. He played with an air of fearlessness, unafraid to take hits to move the puck or get to the net. Wednesday marked his 94th career playoff game, so he certainly knows what it’s all about and it showed.

— Stick tap to David Backes for his performance in the third. The veteran forward registered five shot attempts (two on goal) and had a couple of hits and a faceoff win. He showed up after a quiet 40 minutes.

— Completely unrelated: Kevan Miller is terrifying, and intentionally making him mad seems like a bad idea.

— Speaking of Miller, he deserves a lot of credit for the work he did helping along McAvoy. Miller has been a punching bag for Bruins fans in past years, but he’s really had a solid season.

— Brad Marchand credited some lucky bounces as a big reason the Bruins won Game 1, but you sometimes make your own luck. Boston’s relentless pressure in the final minutes of the third directly led to good fortune. Marchand, Patrice Bergeron, David Pastrnak, Zdeno Chara and McAvoy all did yeomen’s work keeping the puck in the zone for 48 seconds and not letting up at all. On multiple occasions, the Bruins thwarted Ottawa’s clearing attempts, resulting in a gassed Sens bunch. Eventually, the Bruins got the bounce they needed when Bergeron’s shot was blocked in front but the carom went straight to Marchand, who wasn’t going to miss a wide-open net from here. — Chara continues to dispel the notion he’s not a cyborg. The 40-year-old played 11 minutes and 55 seconds of his game-high 25:32 in the third period. By the way, Chara was the only player to log more ice time than McAvoy.

The Bruins failed to record a shot on goal in the second period.

Can someone in the advanced stat community tell us if that is good? 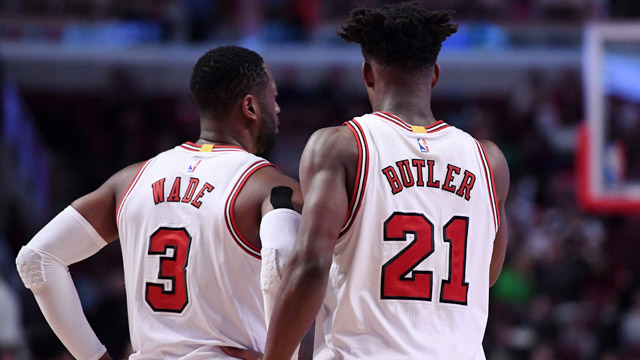 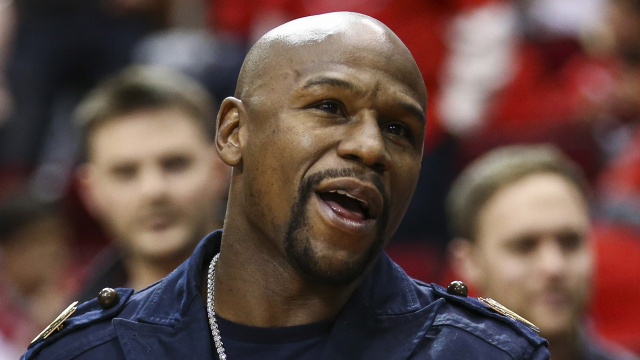