Much of the first-round Stanley Cup playoffs series between the Boston Bruins and Ottawa Senators has centered around the blue line.

The focus for the Bruins largely has to do with injuries to the likes of Torey Krug, Brandon Carlo, Adam McQuaid and Colin Miller. Those injuries opened the door for Charlie McAvoy (NHL debut in Game 1), Joe Morrow (Game 2 was his first since Jan. 22) and Tommy Cross (made his NHL playoff debut in Game 3, his first NHL game since last October).

For Ottawa, meanwhile, the story starts and ends with arguably the NHL’s best defenseman, Erik Karlsson. The Swedish star has been the best player on the ice through three games, especially proving so in Games 2 and 3. The two-time Norris Trophy winner has four assists in three games, including two helpers in the Senators’ 4-3 overtime win in Game 3 on Monday in Boston.

The Bruins absolutely need to have better starts after lackluster openings in the series opener and Monday night. But they also need to do something about Karlsson, who’s been afforded way too much open space to operate (as we saw in Game 2) and is in such a rhythm at this point, he should scare the pants off Bruins fans when he’s got the puck on his stick.

Boston needs to limit his chances and take away his ice. It’s the same sort of challenge the B’s faced in past series against P.K. Subban and the Montreal Canadiens. Whether it comes down to devising a new scheme or getting more physical with him, the Bruins need to figure it out and they have to do so fast.

But at the same time, there’s not much you can do to “stop” him from doing this.

Here are some more takeaways from Game 3.

— Recent history isn’t necessarily on the Bruins’ side. They’ve lost three of the five series they’ve trailed 2-1 since 2008. — A lot of the postgame talk centered around the Riley Nash roughing penalty in overtime that led to Bobby Ryan’s game-winning overtime goal. In a vacuum, it was the right call, and Nash took the blame. Nash popped Ryan in the face, and that’s against the rules. But playoff hockey — especially overtime playoff hockey — isn’t played in a vacuum.

The call itself shouldn’t be what has the Bruins ticked off, though. The real issue is Ryan didn’t get called for this elbow to Nash’s head. — Not even Pierre McGuire could believe Nash was the only one sent off. And if Pierre McGuire’s blasting the officiating, then it probably wasn’t a good call.

You don't often hear Pierre McGuire get this fired up, but he's not wrong pic.twitter.com/f1UjENtvhM

— What’s even more frustrating for Boston is the precedent was set earlier in the game in regulation. The referees sent off both Ottawa’s Marc Methot and Boston’s Tim Schaller for unsportsmanlike conduct following this little exchange.

Marc Methot using his full hand to cause some trouble pic.twitter.com/vPVSAALa9p

— No wonder Bruce Cassidy thought the whole thing was “terrible.” But hey, that’s life when Tim Peel gets involved in your hockey game.

— All of that said, the Bruins need to kill that penalty, and the players in the Boston dressing room — as well as Cassidy — all said as much after the game. The Bruins’ penalty kill needs to be better across the board. They’ve allowed three power-play goals on 10 chances (15th of 16 playoff teams) after having the NHL’s top-ranked PK unit in the regular season.

— What’s with the Bruins being flat in big home games over the last few years? In Game 7 of their series with Montreal in 2014, the Canadiens scored just 2:18 into the game and led 2-0 midway through the second. In a must-win last season on the final day of the season to get into the playoffs, Boston actually scored the game’s first goal before allowing six unanswered goals in a 6-1 loss to Ottawa.

— Don’t mind me, I’ll just be sitting here waiting for the linesman to drop the freaking puck.

— Speaking of dropping the puck, it’s not often you see Patrice Bergeron lose more faceoffs than he wins, but he was just 13-for-29 in the dot Monday night. That’s in large due to Derick Brassard. The Ottawa center won 11 of 15 draws vs. Bergeron and 18 of 24 overall.

— Cassidy technically still has the interim tag, but it’s getting harder and harder to believe he won’t be the Bruins’ head coach for the long term. He got them into the playoffs amid the midseason slump that cost Claude Julien his job, and he continues to push the right buttons.

Cassidy wasted no time shuffling his lines in Game 3, putting David Backes on a line with Patrice Bergeron and Brad Marchand. That not only jump-started Backes (who scored a goal), but it also gave a noticeable jolt to David Krejci’s line after David Pastrnak joined.

After not registering a shot through two games and one period, Pastrnak got on the board in the Bruins’ three-goal rally. If Cassidy now is able to orchestrate a comeback in this series, he probably can go ahead and start decorating his TD Garden office.

— Senators goalie Craig Anderson “only” had 17 saves on 20 Boston shots, but he made them count late in the game with nine third-period stops and one in overtime. He was brilliant in the third period with the Bruins pressing, highlighted by this glove save on Kevan Miller with traffic in front.

Oh, and this one wasn’t bad, either.

— What the Senators have done to Brad Marchand is what the Bruins must try to do to Karlsson. Marchand has been a relative non-factor through three games, as he’s been a focal point of the Ottawa defense.

Marchand, who finished tied for fifth in points in the regular season, has been quiet since scoring in Game 1. The Bruins winger registered just one shot on goal in Game 3, and he took an unneeded cross checking penalty. 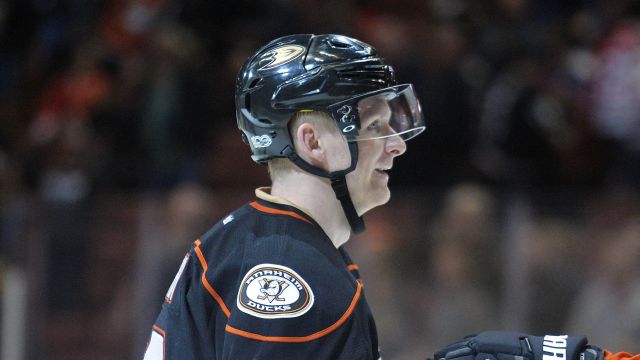 While You Were Sleeping: Four Stanley Cup Playoff Games End In Overtime 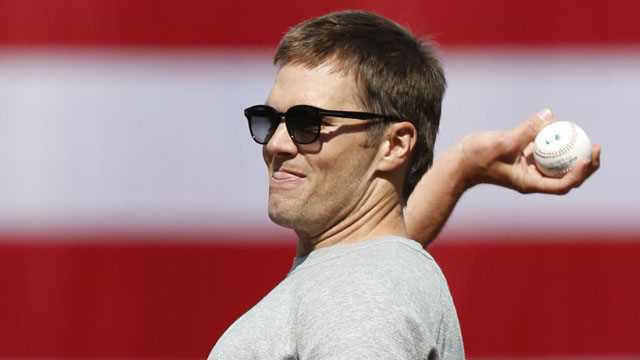