BOSTON — That Isaiah Thomas and Avery Bradley both played key roles in the Celtics’ Game 5 win over the Chicago Bulls on Wednesday is no surprise.

But Bradley shining on offense and Thomas stepping up on defense? Now that’s a little more eye-opening.

Bradley, usually known for his smothering defense, went off for a playoff career-high 24 points, hitting 11 of 19 shots while grabbing six rebounds. And the 5-foot-9 (on paper) Thomas, often labeled a defensive liability, held his own on defense down the stretch, even snatching a clutch defensive rebound in traffic in the fourth quarter.

In fact, the All-Star point guard’s defensive effort was good enough to prompt this humorous exchange between him and Bradley in their postgame press conference:

Avery Bradley praised Isaiah Thomas' defense and IT had a hilarious response. pic.twitter.com/75mt4HirgO

“Nah, don’t hype me,” Thomas said to Bradley after joking he was “first-team all-defense.”

“I’m fine with being the worst defender (in the league).”

There’s plenty of snark behind that comment, but Thomas has stepped up his defensive game in this series. The Bulls have used screens and misdirection to match Thomas on much taller scorers like Dwyane Wade and Jimmy Butler, but the diminutive point guard has responded to the challenge: Butler scored just 14 points on 6-of-15 shooting Wednesday and took only two shots in the fourth quarter despite being guarded by Thomas on several possessions.

“Isaiah?s doing a good job,” Celtics coach Brad Stevens said after the game. “I mean, we?re asking him to do a lot (on the Bulls’ screens). “He?s switching some, showing some, blitzing some. He?s got to be on his toes and alert the whole game because they?re involving him in a lot of actions.”

Thomas didn’t have his shooting stroke, going 1-for-10 from 3-point range. But Bradley helped pick up his slack on the other end, while he did his part defensively in a bit of a role reversal for the Tacoma, Wash., natives.

Let’s hit a few other notes from Celtics-Bulls:

— About Butler’s fourth quarter … That Chicago’s go-to scorer attempted just two shots and didn’t score at all in the final 12 minutes is a bit puzzling. And Wade didn’t exactly clear that issue up in his postgame press conference.

Wade on Butler's two FGAs in the fourth: "We put the ball in his hands a lot, so if he don't shoot, it's because he don't want to shoot."

— Al Horford continued to deliver for Boston, dropping 21 points and a game-high nine assists. He now has scored at least 15 points in three consecutive contests and is averaging 16.0 points, 9.0 rebounds and 6.4 assists per game in this series.

“He?s a hell of a player,” Thomas said of the veteran big man. “Even the stat sheet doesn?t explain how good of a player he is sometimes where he?s not scoring or rebounding, he?s doing a lot of things to help out everybody else on this team.

“… When he plays like he did (Wednesday night), especially in the second half, nine times out of ten we usually win those games.”

— The Bulls shot a respectable 50 percent from the floor, but they went cold after the game. Literally.

— Rajon Rondo missed his third consecutive game with a fractured thumb, and his status for Friday’s Game 6 remains unclear. But the Bulls point guard still managed to find the spotlight with his colorful wardrobe choice.

Rondo with the Golden Girls collection suit on pic.twitter.com/bv7P1ntXhz

— An unsavory scene broke out at the Garden midway through the game, as a pair of fans got into a minor skirmish behind the Bulls’ basket.

A fight has broken out in the stands at the Celtics game. 2 people have been escorted out by BPD; one person swearing & resisting police. pic.twitter.com/7QwNvUsrDl 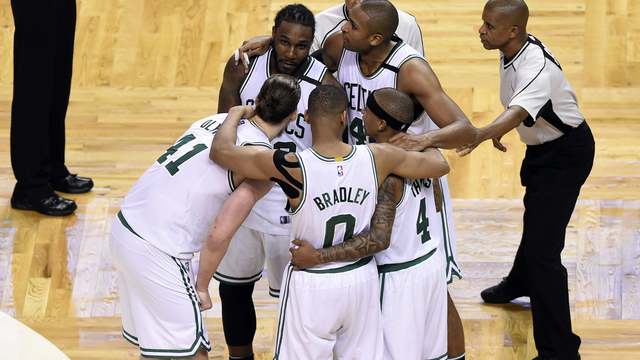 How Celtics Are Finding Their Playoff Identity Amid Comeback Vs. Bulls 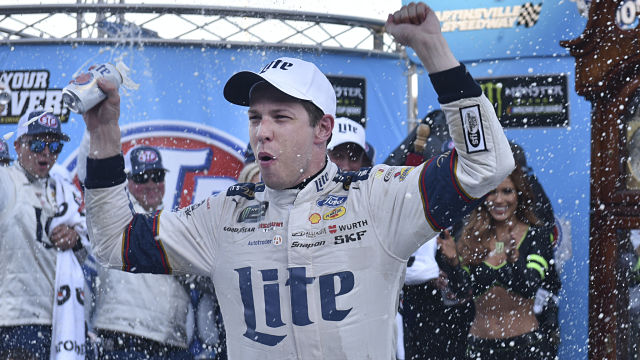