End of game, UNC 77, Oregon 76: Joel Berry II also missed both of his free throws, but the Tar Heels got the rebound again and closed out the win.

Kennedy Meeks led all scorers with 25 points and 14 rebounds for the Tar Heels, while UNC’s Justin Jackson (22 points) and Oregon’s Tyler Dorsey (21 points) also surpassed the 20-point plateau. The Ducks’ Jordan Bell had a game-high 16 rebounds.

Second half, 4 seconds, UNC 77, Oregon 76: Kennedy Meeks missed both free throws, but the Tar Heels got the rebound. Joel Berry II heads to the line.

Second half, 5.2 seconds, UNC 77, Oregon 76: And now it’s a one-point game after a Keith Smith layup. Kennedy Meeks will go to the line for two free throws, and Oregon will have a chance to either win or tie.

Second half, 0:42, UNC 77, Oregon 74: Wow! Oregon finally got another 3-pointer to fall thanks to Tyler Dorsey, who used just about every part of the rim on his big shot before it went in.

That's not a lucky bounce, it's just good rotation pic.twitter.com/oQcAGFD8oc

Second half, 3:24, UNC 72, Oregon 67: The Ducks only are down by five with plenty of time left, and free throws are a big reason why. They made nine free throws between timeouts, and their only basket came courtesy of Jordan Bell.

And it should be clear to anyone watching this one that Oregon is pretty good at blocking.

Second half, 7:48, UNC 66, Oregon 56: The Tar Heels’ lead now has grown to 10 points, and Kennedy Meeks continues to be a big reason why with five straight points before the break. Dylan Ennis is trying to keep the Ducks in this one, as he added four more points to his total (18 points), but it hasn’t been enough so far.

Second half, 11:57, UNC 56, Oregon 49: The Ducks scored four straight points out of the break to creep to within three points at 48-45, but the teams traded baskets most of the way before the next TV timeout. As a result, the Tar Heels still enjoy a seven-point advantage.

Justin Jackson scored all of UNC’s eight points between timeouts.

No such thing as a tough shot for @UNC_Basketball's Justin Jackson. pic.twitter.com/iDfdAyCQ2x

Second half, 15:47, UNC 48, Oregon 41: Oregon scored the first two points of the half on a Dylan Ennis basket, but UNC responded with a 7-0 run to take a 46-38 lead. Tyler Dorsey provided some momentary relief for the Ducks with a 3-pointer, but Kennedy Meeks scored his third bucket of the half to put the Tar Heels up seven points before the first TV timeout.

Here’s just one of Meeks’ big shots so far.

Start second half: The second half is underway. UNC leads Oregon 39-36.

End first half, UNC 39, Oregon 36: The Tar Heels went on a 17-6 run over the final 3:43 of the first half to take a three-point lead at the break. Here are a few replays from the stretch:

First half, 3:43, Oregon 30, UNC 22: The Ducks started to pull away, as they went on a 13-4 run to take an eight-point lead. Dylan Ennis put an exclamation point on the run with back-to-back 3-pointers before the final TV timeout of the first half.

First half, 7:34, Oregon 20, UNC 18: Both teams woke up a bit offensively before the latest break. The Ducks took their biggest lead of the game at 17-13 off back-to-back 2-point baskets by Keith Smith and Jordan Bell, but the Tar Heels responded with five straight points to go up 18-17. However, Casey Benson put Oregon back in front with a 3-pointer before the break.

First half, 11:50, UNC 11, Oregon 11: Offense was hard to come by for both teams between TV timeouts. Both teams only made two free throws, and UNC especially has been bad from the field shooting a lowly 17.6 percent.

First half, 15:25, UNC 9, Oregon 9: The Tar Heels got off to a nice start with five straight points, but Payton Pritchard answered with five consecutive points of his own to tie it at 5-5. The teams then traded baskets until the TV timeout. Jordan Bell scored the other four points for Oregon, while Kennedy Meeks leads UNC early with four points. Pritchard already has two fouls.

Oh, and then there was this:

ORIGINAL STORY: It all comes down to this.

After a wild and wacky first two weeks of the NCAA Tournament, we’re down to the Final Four, which tips off Saturday night with a matchup between No. 1 seed Gonzaga and seventh-seeded South Carolina at University of Phoenix Stadium in Glendale, Ariz.

But, with all due respect to those teams, the main event isn’t until 8:49 p.m. ET. That’s when No. 1 seed North Carolina will continue its quest to avenge last season’s unforgettable loss to Villanova in the title game with a matchup against third-seeded Oregon.

Both the Ducks and Tar Heels have faced challenging roads to the Final Four, as Oregon beat Kansas, Michigan, Rhode Island and Iona in the Midwest Region, while UNC topped Kentucky, Butler, Arkansas and Texas Southern in the South Region.

So sit back, relax and enjoy what should be some amazing college basketball. Oh, and make sure you keep it right here throughout the big game for live updates, highlights and analysis. 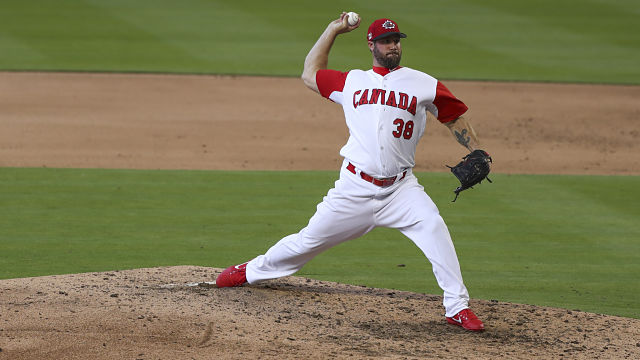 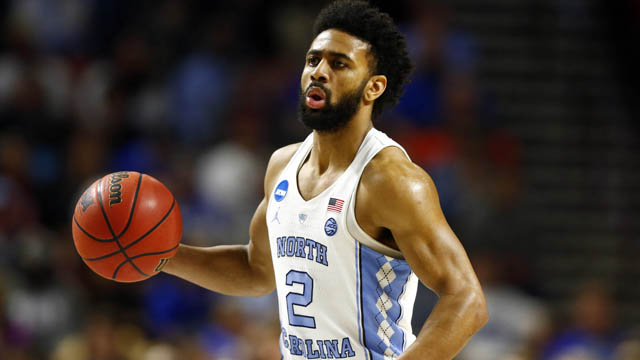