We’re over a month into free agency, and it seems like the New England Patriots might never decide which running back they want to sign to fill out their backfield.

We have some ideas on who they should sign. That’s discussed as part of this week’s mailbag. Watch above and read below.

Do Pats have room for J.McCourty, does he fit scheme, and if he is signed, does anyone in the league have the secondary depth the Pats do
— @Bau5tinMartin
The Patriots do have room for Jason McCourty, who was released by the Tennessee Titans on Thursday.

I would say he does fit the scheme because, at the least, he could play in the slot. If he plays outside, I could see him serving a similar role as Logan Ryan in 2016. He’s not a big lockdown cornerback, but he definitely can still be a productive player.

I think the chances of the Patriots signing Devin McCourty’s twin brother are higher if New England believes it’s going to trade Malcolm Butler. In that scenario, Stephon Gilmore would be the No. 1 cornerback while Jason McCourty and Eric Rowe would share No. 2/3 duties depending on the matchup. McCourty likely would play in the slot when there are three cornerbacks on the field.

I completely back the idea of bringing him in. I think there’s the potential that he could take a discount to play with Devin too. And think of all the pranks Devin and Jason could play on their teammates and the media as twins on the same team! So many goofs! So many potential organized team activities storylines!

If the Patriots sign Jason McCourty AND keep Butler? Then no one in the league comes close to having the Patriots’ secondary depth. Honestly, that’s the way the Patriots’ offseason is going too. The rich are getting significantly richer.

As discussed on this week’s “Between The Tackles” podcast (cheap plug), I’d put Mike Gillislee above Lynch, though.

And my reasoning for Lynch over Blount? More upside. The Patriots already have Rex Burkhead, Dion Lewis and James White, so they can afford (both financially and talent-wise) risking Lynch not having anything left in the tank after taking a year off.

Gillislee is a better option than any of those guys because he’s younger and likely would be signed to a longer-term contract if he’s acquired from the Bills as a restricted free agent. The Patriots could need a running back again 12 months from now if they sign Lynch, Blount or Peterson. The Patriots could give up a fifth-round pick for Gillislee and then not need a running back in the draft. Gillislee is far more proven than anyone they could pick up in the fifth round.

The Patriots haven’t been tied to Jamaal Charles yet, but I’d probably put him higher than Blount on that list. He’s a risk after two unproductive seasons, but he still has upside if he’s fully healthy.

The Patriots’ offseason will be nearly complete once they finally add another running back. They’re certainly taking their sweet time.

This subject is my early submission for this week’s #MailBag. I need answers Doug.
— @TheDTSB
This was in response to my tweet saying Brandon King wears No. 36, is listed as a defensive back but practices and warms up with linebackers.

For some reason, this is frustrating to me.

I refer to King as a linebacker, because that’s what he is, but that’s not how he’s listed on the roster. He’s 6-foot-2, 220 pounds, which is pretty much right between the size of a linebacker and safety. The line between the two positions is blurring, too. Patrick Chung plays some linebacker. Players drafted as safeties like Deone Bucannon and Mark Barron have converted to linebacker in the NFL.

King might never see considerable snaps on defense, so this doesn’t really matter (does anything really matter, though?), but if he did, they would come as a linebacker.

who signs at cheaper cost, Blount or Gillislee? Would think if Gillislee takes multi-year deal for < 2M per, he is worth the 5th #maildoug
— @bcas25
Per year? Probably Blount eventually, but I don’t think he’s willing to take that contract right now.

Blount just rushed for 18 touchdowns and over 1,000 yards. I don’t think he’s very happy with the prospect of being paid less than Burkhead, but that’s likely the reality for the 30-year-old running back.

Quite frankly, is anyone in the world really happy with making less money than Rex Burkhead? Probably not, right? But we all still maintain our jobs.

@DougKyed Do you like the Lions new uniforms? #MailDoug
— @JeffWIIM
I love the throwbacks and the home uniforms. I like the “color rush” jerseys, and I could do without the blue pants/blue socks combination on the away uniforms. Apparently the Lions will be using their gray pants at times with their white jerseys, however, so we won’t always have to deal with that.

Do you know what would be cool? If the NFL wasn’t so bizarrely obsessed with emojis.

Over/Under on a 51% likelihood that the Patriots sign Gillislee to an offer sheet and forgo yet another pick in the draft
— @traviehise
Let’s go under with an exactly 50 percent likelihood. That’s not very helpful, huh?

Forgoing draft picks for veteran players on long-term contracts is decent business if you have the cap room.

Who do you have winning the Stanley cup this season ?
— @Mkhan3000
I think it’s the Caps’ year.

I honestly don’t know. I’m only saying that because of “Pardon My Take.” I would say the Bruins, but I don’t want to be called dumb by hockey Twitter.

With the offseason additions, do you think Pats can win the AFC East division title with Jimmy G at quarterback?
— @Temujln
They might be able to win the division with Ryan Lindley at quarterback. Eh, that’s a stretch.

They might be able to win the division with Matt Cassel at quarterback.

Skippy or Jiff #Mailbag
— @TMurph207
I don’t really have a preference, but my wife REALLY prefers Jif and likes peanut butter way more than I do, so we buy that. I swear it’s never, ever on sale, though.

@DougKyed How many times does Gronk have to attend or take part before you can start expensing all your wrestling events? #maildoug
— @Renzi820
Hmm. That’s a good question that my friends also asked me when I went to “WWE Smackdown Live” at TD Garden on Tuesday.

Justin, if you’re reading this, will you let me know?

What Easter candy do you most look forward to every year?
— @rankjas
Cadbury Creme Eggs.

which one will you follow more: the nhl or the nba playoffs?
— @ArthurHermsdorf
Probably NBA just because I follow basketball more than hockey. I can’t deny how fun it is to watch the Stanley Cup Playoffs, however, no matter how basic that take is.

But can United’s defense win a Super Bowl? ?

hi yes, i would like you to discuss the origin of the bugs/buds thing because i missed it and feel out of the loop. thanks.
— @jcmccaffrey
When I was developing “The Football Word” (another cheap plug), I asked my friends what I should call the show. They suggested “Doug’s Bugs” and “Doug’s Buds.” Both were terrible ideas.

But we always bring dumb snacks when we hang out, so we decided to create a 15-second show on Instagram stories. We rank what we try on a scale of buds (good) to bugs (bad). The scale is really all over the place and very confusing.

First we’d have to decide if we’re calling it “Doug’s Bugs” or “Doug’s Buds” first, though. I think I’m leaning toward bugs.

As a kid, What did you want to be when you grew up? #MailDoug
— @thebirdman987
A Patriots beat reporter with a subversive Twitter account. I guess I’m really living the dream. 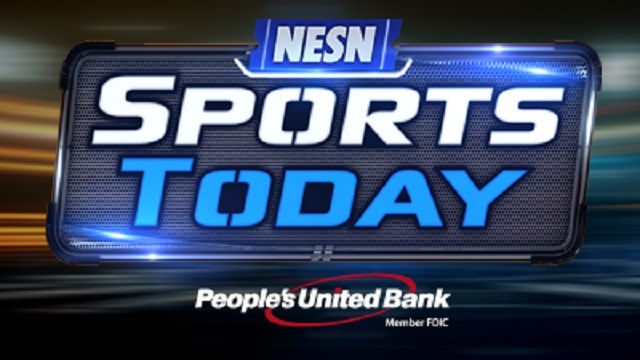 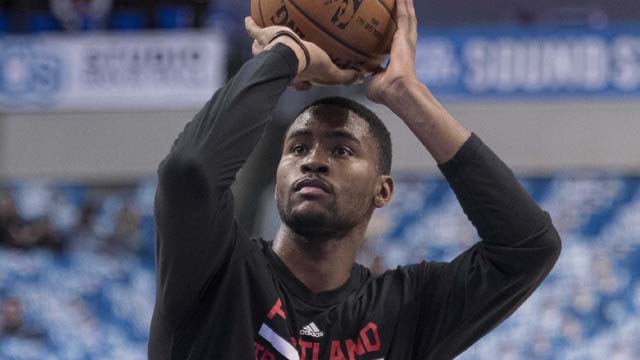