BOSTON — If you’re not paying close attention to this Eastern Conference semifinal series between the Celtics and Washington Wizards, you’re truly missing out. Isaiah Thomas is making sure of that.

The Celtics guard scored a playoff-career-high 53 points — 20 in the fourth quarter — and went back-and-forth with Wizards star John Wall on Tuesday night in a Game 2 that soon won’t be forgotten, as Boston rallied from multiple double-digit deficits to beat Washington 129-119 in overtime at TD Garden.

Thomas, whose performance came on what would’ve been his recently deceased sister’s 23rd birthday, missed the Celtics’ playoff record (set by Hall of Famer John Havlicek in 1973) by one point, and he became the fifth player in franchise history to score 50 or more in a postseason game. His Celtics now own a 2-0 lead in the best-of-seven series and head to Washington for Thursday’s Game 3.

Jae Crowder (14 points), Avery Bradley (14 points), Al Horford (15 points, 10 rebounds) and Terry Rozier (12 points) all finished in double figures for Boston. Wall, meanwhile, had 40 points and 13 assists for Washington, which blew another big first-quarter lead, as it did in Game 1.

ROUGH START
Much like Game 1, the Wizards were the aggressor in the first quarter. They scored a whopping 42 points and held a double-digit lead (42-29) over Boston after the opening frame.

The Celtics shot 68.8 percent from the field, while the Wizards were a tad below at 62.5 percent. Boston had a good quarter offensively, but Wall (19 points) and Morris (10 points) equaled the Celtics’ point total combined. It wasn’t a pretty defensive showing for either side.

Thomas, meanwhile, did his best to keep things close with 15 first-quarter points. But one of the more memorable plays for the C’s wasn’t exactly a positive one.

COMEBACK ON
The Celtics started much better in the second quarter, as they pulled within 46-40 with 8:50 remaining, thanks to an 11-4 run capped by Horford’s alley-oop from Thomas.

An unbelievable play from Marcus Smart later made it 55-53 with 3:36 remaining in the half, and Boston made it a two-point game once again after Bradley Beal and Avery Bradley traded 3-pointers. Horford then gave the C’s the lead with a 3-pointer of his own.

Bradley later went to the locker room holding his right side. He came back for the second half, though, as the C’s announced he suffered a hip flexor, which was iced up at halftime.

Wall continued to lead all scorers with 23 points and nine assists, but Thomas wasn’t too far behind with 20 points. The Wizards led 67-64 at the half.

WILD THIRD QUARTER
Smart opened the scoring in the second half with a 3-pointer, but the Wizards responded with 14 consecutive points to take an 81-67 advantage. But the Celtics slowly chipped away at the deficit and were within five points at 89-84 after the third quarter.

KING IN THE FOURTH
Thanks in part to the Celtics’ third-quarter comeback, they were locked in a close contest throughout the closing 12 minutes.

Boston kept inching closer until Bradley gave his team a 102-99 lead with a huge 3-pointer with 7:09 remaining in the game. But Washington got the lead right back with an 8-0 run, which made it 109-104 Wizards with 3:09 remaining.

The Celtics responded with back-to-back 3-pointers from Thomas and Rozier to tie the game at 110 with 1:38 left. Wall made one of two free-throw attempts to give the Wizards a one-point advantage, but Thomas responded with a clutch jumper to put the Celtics back up by one point. However, Otto Porter Jr. made a huge 3-pointer to push Washington ahead 114-112.

But Thomas hit two free throws to make it 114-114 and send the game to overtime. Washington had two good looks to win it, but neither went in.

OVERTIME
Marcin Gortat fouled out 42 seconds into overtime, giving the Celtics a potential huge opening in the paint.

The Celtics later went on a 6-0 run, which featured Bradley’s incredible steal and dunk, to take a 120-117 lead.

And then Thomas did this.

PLAY OF THE GAME
There were a lot to choose from, including this.

Didn't know you had this in your game, Marcus Smart#ItsNotLuck #NBAPlayoffs pic.twitter.com/5hJdZ5HaDk

UP NEXT
The series now shifts to Washington, where the teams will face off Thursday. Tip-off for Game 3 is scheduled for 8 p.m. ET. 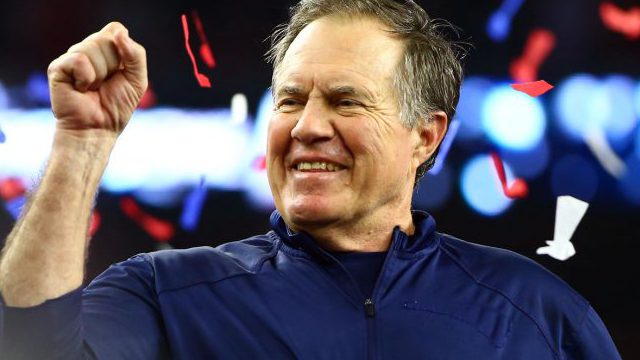 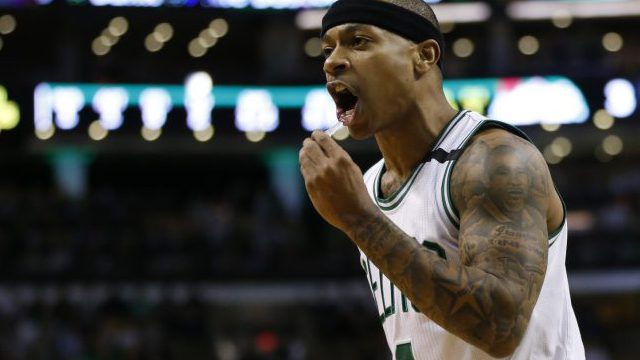