The Boston Celtics seemed doomed in the Eastern Conference finals after the Cleveland Cavaliers earned two blowout victories at TD Garden. And Isaiah Thomas’ season-ending injury made the Celtics’ chances that much more difficult.

But in a thrilling Game 3 at Quicken Loans Arena on Sunday night, the Celtics erased a 21-point deficit, capped off by an Avery Bradley game-winning 3-pointer to earn Boston a 111-108 win.

While Bradley hit the big bucket, it was Marcus Smart who paced the Celtics to the comeback victory. The tenacious guard scored 27 points to go along with seven assists and five rebounds. Bradley finished with 20 points on the night, while Al Horford (16 points), Kelly Olynyk (15 points) and Jae Crowder (14 points, 11 rebounds) also had strong nights for Boston.

With the win, the Celtics cut the series deficit to 2-1.

KEVIN LOVES 3’S
Love was red-hot on offense in the first two games of the series, and his sharpshooting continued early in Game 3. The Cavaliers forward converted on five of seven 3-point attempts and posted 15 points in the opening 12 minutes. Irving also excelled from beyond the arc, hitting all three of his 3-point shots in the first. The Cavs shot 64 percent from the field and led 35-24 after one.

Bradley got going early for Boston, leading the team with 10 first-quarter points. The Celtics had the opposite fortune of Cleveland from 3-point land, though, only converting 3 of 10 attempts from beyond the arc. The Celtics had a handful of open looks in the first quarter, but their struggling offense failed to execute.

CAVS FIGHT RALLY
The Celtics played their best first half of the series, keeping Cleveland’s lead to single digits for a large portion of the second quarter. The Cavs turned it on in the final minutes of the frame, though and carried a 66-50 lead into the break.

Love buried two more 3-pointers in the second, and swelled his first-half point total to 22, while Irving wasn’t far behind with 17. Cleveland’s dominance on the glass aided its offense, as the Cavs held a 23-12 rebounding advantage over the C’s through two quarters.

Smart was a highlight for the Celtics in the first half. The scrappy guard brought tremendous energy and contributed eight points, two assists and two steals.

SIGNS OF LIFE
The Celtics seemed well on their way to another blowout defeat after the Cavaliers jumped out to a 21-point lead in the third quarter, but Boston would show tremendous fight. The C’s went on a 26-10 run in the final 6:45 of the frame and cut the Cavs’ lead to 87-82 heading into the fourth quarter.

Smart had a monster frame for the Celtics, contributing 11 points, nine of which from beyond the arc. The Celtics as a team excelled from 3-point land in the third, converting on six of 11 attempts.

Boston also did a good job of slowing down James. The Cavaliers star was limited to only 11 points through three quarters.

FOURTH QUARTER THRILLER
The Celtics showed exceptional heart in the final frame and took a 99-98 lead with 4:21 remaining in the game. The teams would go back-and-forth in the ensuing minutes, but Boston would take its largest lead of the game when a Horford floater made it 106-103 in favor of the Celtics. J.R. Smith would answer, though, as the Cavaliers guard drilled a 3-pointer to tie the game with 36 seconds remaining.

The teams would trade baskets again, as a Jonas Jerebko deep field goal was matched by an Irving layup with 10 seconds left.

But the Celtics would have the final possession, and they made it count. After Smart found Bradley wide-open behind the arc, the Celtics guard buried the game-winning 3-pointer to get Boston back in the series.

PLAY OF THE GAME
Bradley for the win!

UP NEXT
The Celtics and Cavaliers will battle it out in Game 4 on Tuesday night. Tip-off from Quicken Loans Arena is set for 8:30 p.m. ET. 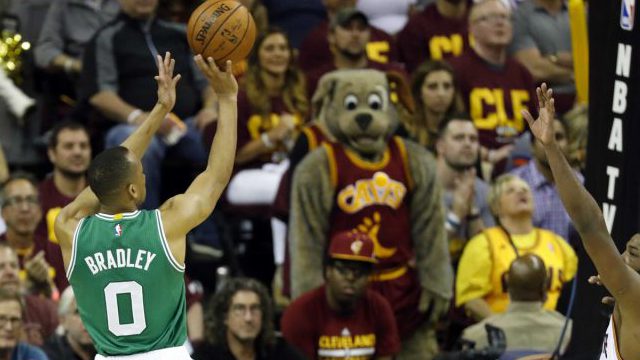 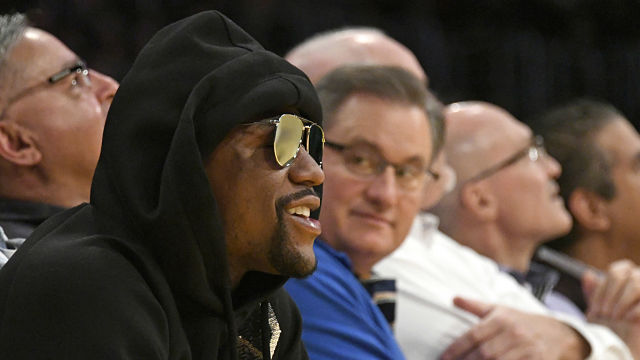