Through 199 laps, Saturday’s Go Bowling 400 at Kansas Speedway was relatively issue free. Things quickly changed for the worse, though.

Danica Patrick, Joey Logano and Aric Almirola were involved in a major wreck, as all three saw their cars catch fire. The crash started when Logano’s No. 22 suffered a broken brake rotor, causing the car to get loose on Turn 2 and clip Patrick’s right rear end. The two hit the wall and caught fire, at which point Almirola came in and collided with Logano.

Logano and Patrick walked away from the incident, but Almirola needed to be cut out of his car. He was taken off the track on a stretcher and eventually airlifted to University of  Kansas Medical Center, where he was held overnight for obervation, Richard Petty Motorsports announced in a statement. He was alert and communicating with safety personnel on the track.

Here’s a look at the crash from a different angle:

Afterward, most of the concern was for Almirola.

“Something broke on my car,” Logano told FOX Sports. “The right front popped and it took a hard l3r5. I just hope Aric’s alright. This is the last thing you want to see is a big hit for anyone.”

After taking time to voice frustrations about her own situation, Patrick echoed Logano’s sentiments.

“I hope Aric’s okay. He’s definitely feeling the worst of everybody,” she told FOX Sports. “NASCAR does everything it can to make our cars safe as possible, but things happen.”

Patrick and Logano both were uninjured and released from the infield care center, according to NBC Sports. No immediate update was provided on Almirola’s potential injuries.

Once the dust settled, Martin Truex Jr. went on to win the race, With Brad Keselowski and Kevin Harvick finishing P2 and P3, respectively. 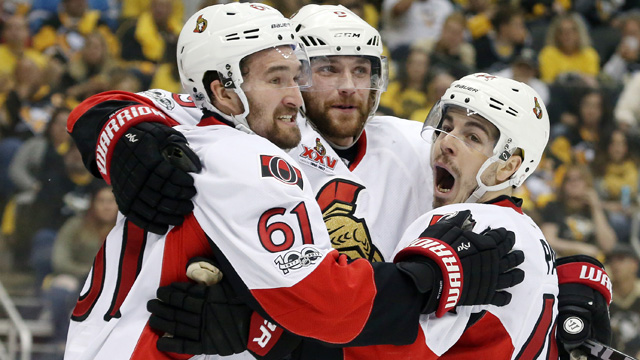 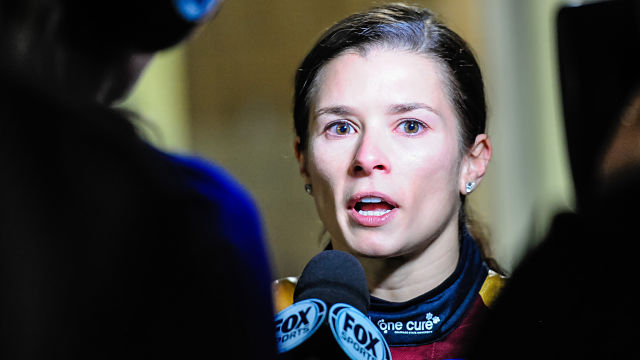