Richard Sherman’s name has been in the NFL rumor mill for a few weeks now, but it appears he’ll be staying with the Seattle Seahawks for the foreseeable future.

Seahawks head coach Pete Carroll provided an update on the trade rumors, per ESPN’s Liz Mathews, and pretty much shut the door on a possible deal.

Carroll said the Richard Sherman trade talks are over now that draft has passed. The likelihood is now "zero percent." #Seahawks

The 2017 NFL Draft passed without the Seahawks making any major trades (they did trade a few draft picks, though). Seattle also selected just one cornerback — Shaquill Griffin from UCF in the third round.

Sherman was linked to the New England Patriots before the draft, but the veteran cornerback coming to the defending champs doesn’t seem likely now.

Sherman intercepted four passes and tallied 58 tackles last season. He’s still one of the league’s best cornerbacks at age 29. Seattle remains one of the top Super Bowl contenders entering the 2017 campaign, and it might as well stick with Sherman while its championship window is open.

What To Expect From Red Sox’s Kyle Kendrick In Season Debut Vs. Orioles 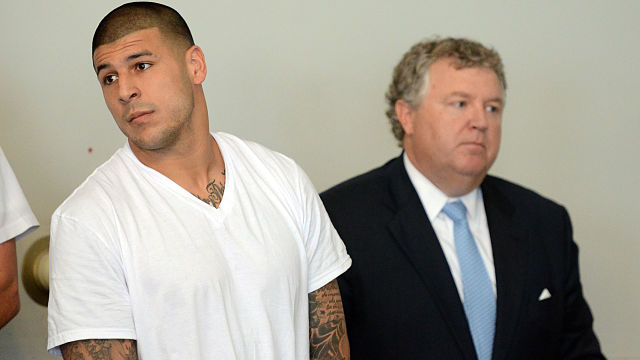 Police Report: Aaron Hernandez Had No Drugs In System At Time Of Suicide