Several trades, surprising picks and a bold LaVar Ball prediction for the Los Angeles Lakers all played a part in a crazy Thursday night at Barclays Center in Brooklyn.

Here are the notable winners and losers of the NBA draft.

WINNERS
Kentucky and Duke
Two of the most successful programs in college basketball history had a very good night.

John Calipari’s Wildcats squad had three players go in the lottery for the third time in school history. No other school has done that as many times.

Coach K’s Blue Devils team had three players selected in Round 1 and one in Round 2.

Sacramento Kings
The Kings have been poorly run for a long time, but they actually had a really nice draft. Fox, selected fifth overall, is a very exciting player with his scoring ability and jaw-dropping athleticism. He also fills a major roster need at point guard.

Sacramento then traded the No. 10 pick to the Portland Trail Blazers for Nos. 15 and 20.

Giles, whom the Kings picked at No. 20, has top-10 talent if he’s healthy. Knee injuries have kept him off the court for the majority of the last two seasons, but the Duke power forward is very talented. His upside is as high as anyone in this class.

Overall, the Kings filled several needs and could have picked the steal of the draft in Giles.

Minnesota Timberwolves
The Timberwolves ended up trading for Chicago Bulls superstar forward Jimmy Butler and the No. 16 pick, and all they gave up was the No. 7 pick (used on Arizona big man Lauri Markkanen), Kris Dunn and Zach LaVine.

Dunn was plagued by a concussion last season, LaVine tore his ACL and played just 47 games. With the 16th pick, the T-Wolves selected Creighton center Justin Patton. He’s not as NBA-ready as some other first rounders, but he has tremendous upside.

The Timberwolves, with a core of Butler, Andrew Wiggins and Karl-Anthony Towns, could be the most-improved team in the league next season.

LaVar Ball
Lonzo Ball’s outspoken father said for months that his son would go to the Los Angeles Lakers with the No. 2 pick, and that’s exactly what happened. He even said Lonzo will lead the Lakers to the playoffs in his rookie season. That’s a pretty bold prediction, even for LaVar’s standards. Still, going to the Lakers was the Ball family’s best possible outcome.

Point Guards
The NBA’s golden era of quality point guards is guaranteed to continue for a while longer after this draft. Five of them (Markelle Fultz at No. 1, Ball at No. 2, Fox at No. 5, Frank Ntilikina at No. 8 and Dennis Smith Jr. at No. 9) were taken in the first 10 picks, and Derrick White of Colorado was the sixth ooint guard taken in the first round at No. 29.

Freshmen
A record 16 freshmen were taken in Round 1, including a new high for first-year players selected in the lottery. The previous record for most freshmen in the first round was 13 in 2015.

LOSERS
Chicago Bulls
The above passage on the Timberwolves pretty much sums up why Chicago was a huge loser. But basically, the Bulls had a top-14 player in the NBA and received very little in return for him, even though he wasn’t a rental and doesn’t have a salary as high as many other max contract superstars. Dunn and/or Markkanen must become impact players or this trade will be one of the worst of the decade.

New York Knicks
The Knicks even entertaining the idea of trading franchise cornerstone Kristaps Porzingis was incredibly foolish. The Latvian star remains on New York’s roster, at least for now.

Selecting French point guard Frank Ntilikina at No. 8 was too much of a risk. Sure, Ntilikina is an excellent perimeter defender and very athletic, but he’s not NBA-ready, particularly offensively, and the Knicks took him over a more ready and more talented point guard in Smith. Kentucky shooting guard Malik Monk would have been a much better pick, too.

Indiana Pacers
The Pacers weren’t able to trade superstar forward Paul George, who reportedly has informed them he won’t re-sign next summer. Indiana used the No. 18 pick on UCLA forward T.J. Leaf, who is a poor defender and lacks strength.

"I know it's not ideal. But we didn't put ourselves in this situation – he did."

It was just a bad weak for the Pacers. 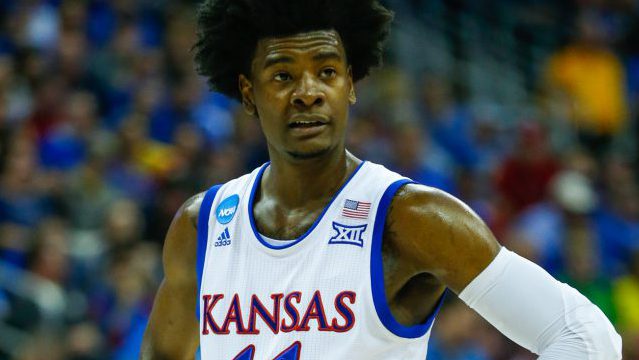 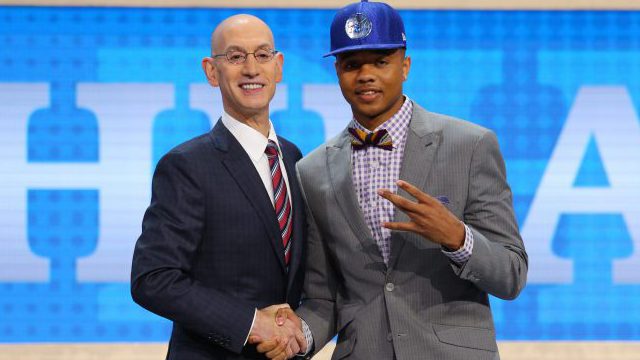 2017 NBA Draft Grades: How Each Of 30 Teams Did In Two Rounds Of Picks