When car enthusiasts arrive in Connecticut on Wednesday for Barrett-Jackson Northeast, they’ll be like kids in candy stores. Deciding which classic cars to focus on at Mohegan Sun will be tough, but we’re here to help.

It’s one thing for a car to be old, but that alone doesn’t make it classic. If you ask us, cars also have to have something that sets them apart — something that makes them cool. Cars such as the 2002 Lamborghini Mercialago and the 1984 Pontiac Grand Prix 2+2 prototype certainly fit that bill, but they’re not alone.

NESN Fuel’s Rachel Holt recently talked with Craig Fitzgerald from BestRide.com to preview five cool classic cars you should look at for at this week’s Barrett-Jackson.

Of course, there’s more work to be done if and when you find the vehicle of your dreams. Here’s why insuring your classic car is so important. 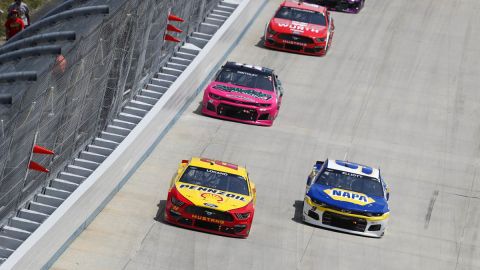