The Boston Red Sox had a tough ending to their weekend series against the Los Angeles Angels, but they’ll have Chris Sale on the mound Monday night to stop the bleeding.

The Sox are coming off two straight losses to the Angels, but the good news for them is the rest of the American League East didn’t take advantage, leaving them in a virtual tie for first place with the New York Yankees.

Up next for Boston is a four-game series at Fenway Park against the AL Central-leading Minnesota Twins, who are in a close race in their own division, too. But Sale has been electric all season, and he’s coming off back-to-back 10-strikeout performances.

Sandy Leon will be behind the plate and bat eighth, and the recently called up Tzu-Wei Lin will get the start at third base and bat ninth. Hanley Ramirez was in the original lineup, but he was scratched and replaced by Chris Young at designated hitter.

Here are the full lineups for Monday’s Red Sox vs. Twins game. 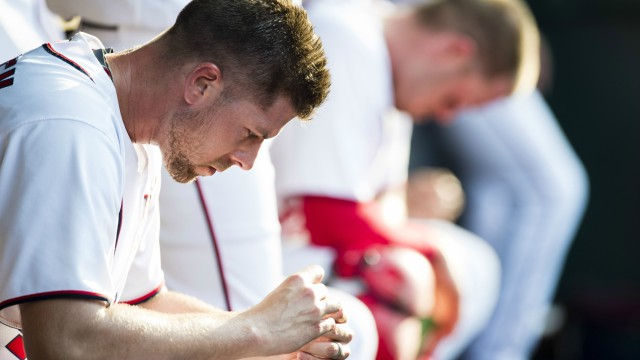