The NBA nearly has become a 12-month league, and it certainly has the most compelling offseason of any North American sports league.

Free agency is a major reason for that, as the abundance of rumors, trades and surprising contracts create a wealth of discussion and debate.

The 2017 offseason has been particularly crazy to this point, so let’s recap the most notable winners and losers of free agency so far.

WINNERS
Los Angeles Lakers
After having a horrible free agency last summer by spending more than $100 million combined on Luol Deng and Timofey Mozgov, the Lakers made much better moves this offseason under the new leadership of general manager Rob Pelinka and president Magic Johnson.

The addition of guard Kentavious Caldwell-Pope (one year, $18 million) adds scoring and perimeter defense, and he should team nicely with No. 2 overall pick Lonzo Ball. The Lakers have improved through the draft and the free-agent market without hurting their 2018 salary cap flexibility.

Boston Celtics
It was painfully obvious watching the 2017 Eastern Conference finals that the Celtics needed another proven scorer alongside Isaiah Thomas, and they acquired one in Utah Jazz forward Gordon Hayward. The 27-year-old swingman averaged a career-high 21.9 points per game last season, and his scoring average has increased in all seven of his pro campaigns. The addition of power forward Aron Baynes also gives the Celtics much-needed toughness and rebounding in the frontcourt.

Golden State Warriors
Not only did the Warriors re-sign their two best players in Kevin Durant and Stephen Curry, they kept key role players Shaun Livingston and Andre Iguodala on multi-year deals. Golden State also added proven scorers Nick Young and Omri Casspi. The Warriors will be well past the luxury-tax threshold next season, but credit their ownership for spending what it takes to keep a superteam intact.

Cleveland Cavaliers
The Cavs only have added veteran point guard Jose Calderon and forward Jeff Green to a team the Warriors destroyed in last season’s NBA Finals. The lack of upgrades, in addition to rumors of LeBron James bolting for Los Angeles next summer as a free agent, might have closed the window on Cleveland’s chances to win a championship in the short term.

Oh, and by the way, the Cavaliers still don’t have a general manager after letting David Griffin go!

Miami Heat
After missing out on Hayward, the Heat re-signed Dion Waiters and added free-agent center Kelly Olynyk for a combined $102 million. Miami would’ve been better served rebuilding or trading veterans for younger assets after failing to lure a superstar. Instead, the Heat have built a solid team, but it’s one that won’t even come close to reaching the NBA Finals or winning a championship.

Utah Jazz
The Jazz lost their best scorer — and arguably their best player — in Hayward, and also failed to keep veteran point guard George Hill. So far, the Jazz have replaced them with Ricky Rubio (via trade) and former Celtics forward Jonas Jerebko. Utah won 51 games last season, but it likely won’t reach that mark in 2017-18 after its roster was weakened and several Western Conference rivals improved. 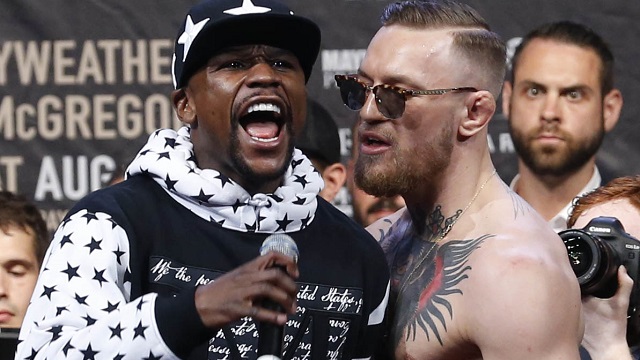