FOXBORO, Mass. — Undrafted free agents typically don’t warrant stories in the first week of New England Patriots training camp. Cornerback Kenny Moore is the exception to the rule and has pushed the issue by tormenting Patriots quarterbacks dating back to the spring, when he had writers glancing down at their 90-man rosters asking, “Who’s No. 42?”

We know now. Moore already has two interceptions and four pass breakups in competitive drills during the Patriots’ first three training camp practices. He had two pass breakups in the spring, as well, and impressed enough that he received some reps with the veterans rather than his fellow rookies.

Patriots head coach Bill Belichick went a little aggro on reporters Friday when he was asked how certain young players have looked in camp, stating there’s not much to be gleaned from non-padded practices. He was willing to discuss Moore earlier in the news conference, however.

“He had a good spring,” Belichick said. “Kenny was a good, solid player in college. We?ll see how it goes. He may have some versatility to play inside and outside.”

It’s almost par for the course at this point for an undrafted free agent cornerback to flash in training camp for the Patriots. It was Malcolm Butler in 2014, Cre’Von LeBlanc and Jonathan Jones in 2016 and Randall Gay back in the day.

Moore was well aware of that history of success before he signed with the Patriots, and he was one of the few people who had actually heard of Butler before he made his Super Bowl XLIX-winning interception.

Undrafted free agents who stand out in training camp are a fun bunch. There’s always a reason they went unheralded, and for Moore, it’s because of his small school and small stature. But there’s also reason to believe those undrafted free agents can beat the odds and succeed in the NFL.

Moore didn’t play football until he was a senior in high school and, as he put it, didn’t have much “buzz” surrounding him coming out of Lowndes High School in Valdosta, Ga. So, he stayed in town and stuck it out at Valdosta State for four years, accumulating 11 interceptions, two touchdowns, two sacks, 171 tackles, 30 pass breakups, one forced fumble, 8 1/2 tackles for loss and numerous All-American, All-Region and All-Conference honors.

Moore is among those competing for the Patriots’ fifth cornerback role. Malcolm Butler, Stephon Gilmore and Eric Rowe are locks for the roster, and Jonathan Jones is a near-lock as a cornerback/special-team ace. That leaves Moore, Cyrus Jones, Justin Coleman, D.J. Killings and Dwayne Thomas vying for the fifth spot. If Moore keeps making plays, it could be difficult to keep him off the roster. 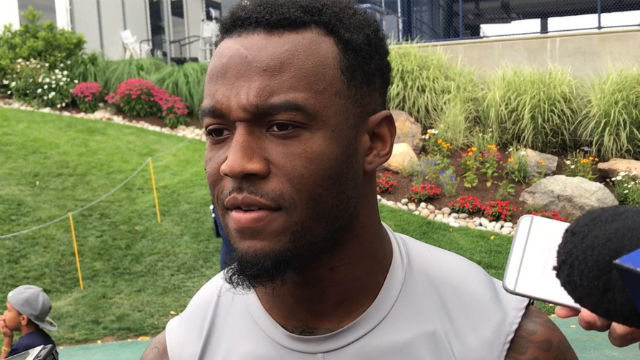 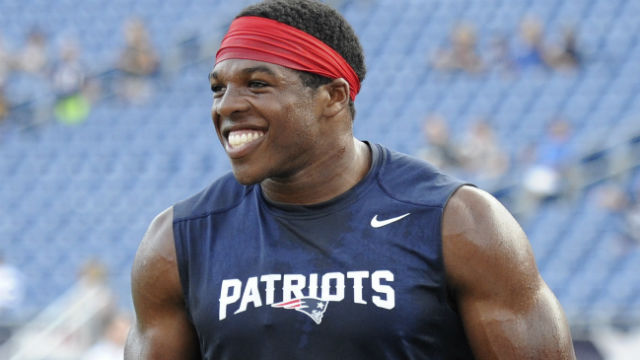