Conor McGregor and Floyd Mayweather Jr. will square off in a highly anticipated superfight in Las Vegas later this summer, but fans didn’t have to wait until Aug. 26 to see the two men meet face-to-face.

McGregor and Mayweather teamed up for a four-day world promotional tour, which kicked off Tuesday in Los Angeles, and made stops in Toronto and Brooklyn before concluding in London on Friday.

And while “The Notorious” and “Money” Mayweather are two of the best fighters in combat sports, they also are two of the most entertaining athletes in recent memory. As expected, neither disappointed when they had the microphone during the press junket, but these five one-liners were our favorites of the tour.

“Why do you have a school bag? You can’t even read.” – McGregor
When Mayweather showed up to Toronto with a backpack, the legendary boxer opened up the floodgates for an easy burn for McGregor. A few years back, Mayweather’s close friend, 50 Cent, revealed that “Money” struggles with reading. McGregor clearly hadn’t forgotten about that anecdote, and unleashed arguably the funniest roast of the tour.

Warning: The following video is NSFW due to explicit language.

“God don?t make mistakes and God only made one thing perfect and that?s my boxing record.” – Mayweather
Everyone knows that Mayweather is one of the more boastful athletes in sports history, but he has good reason to be. When he steps into the ring at T-Mobile Arena later this summer, he’ll defend his perfect 49-0 boxing record. McGregor has had considerable success in UFC, but he’ll have his work cut out for him on Mayweather’s turf.

“How’s this suit look? … If you zoom in on the pinstripe it says ‘f–k you.” – McGregor
McGregor dressed to impress throughout the four-day tour, but his most memorable threads came on Day 1. It’s no secret the Irish fighter isn’t very fond of Mayweather, and McGregor made that abundantly clear with his custom-made suit, which featured a colorful and direct message.

Warning: The following photo is NSFW due to explicit language.

“Form Voltron” – Mayweather
McGregor and Mayweather provide endless entertainment with their vocal action, but fans wanted to see some physicality. Well, they got just that at the tail end of the tour’s stop in Brooklyn. As he closed his rant, Mayweather summoned his body guards by shouting “Form Voltron,” and his crew happily obliged.

“Pay Your Taxes!” – Barclays Center crowd
When Mayweather grabbed the microphone in Brooklyn, he was rudely greeted by a raucous chant advising him to handle his current financial predicament. Prior to the start of the tour, news broke that Mayweather has asked the IRS for tax reprieve until after the fight with McGregor. It’s safe to say fans at Barclays Center caught wind of this report.

Entire crowd at Mayweather-McGregor in Brooklyn chanting to Floyd: "Pay Your Taxes!" pic.twitter.com/O6PzCzipfz

The world promotional tour certainly was fun, but we can’t wait to see Mayweather and McGregor actually strap on the gloves and settle their differences in the ring. 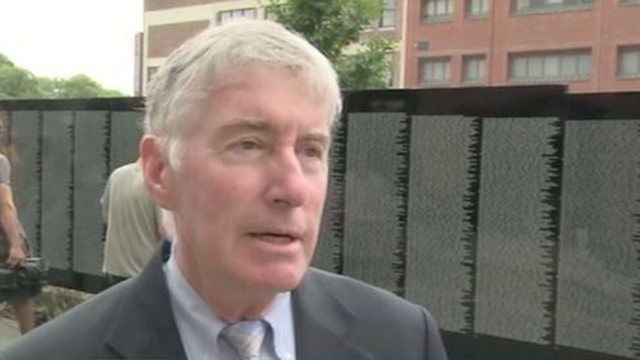 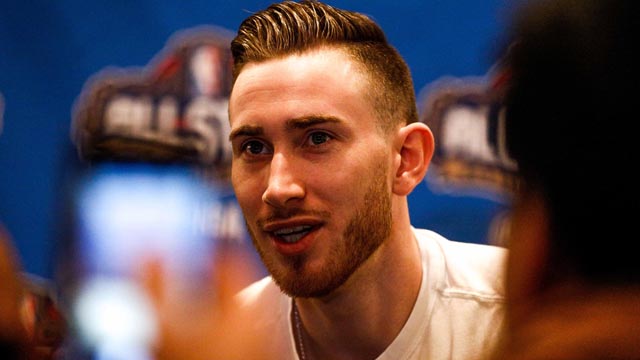 Here’s Why Gordon Hayward Believes Celtics Can Be Championship Contenders