Almost immediately as the details of a blockbuster trade between the Boston Celtics and Cleveland Cavaliers trickled in Tuesday night, fans and pundits alike rushed to pick a side and declare a “winner” of the swap.

Boston acquired Kyrie Irving from Cleveland in exchange for Isaiah Thomas, Jae Crowder, Ante Zizic and the Brooklyn Nets’ 2018 first-round pick in one of the biggest trades in franchise history for both clubs.

But as is the case with most trades, it’s way too early to declare either team the winner or loser. Before we can do that, plenty of things must play out.

We also need the answer to some of these burning questions:

Will LeBron James leave?
James technically is signed through the 2018-19 season, but it’s a player option, meaning he could bolt (again) after this season. If he does, the Celtics, with Irving at the helm, become the Eastern Conference favorites for the foreseeable future.

Will Isaiah Thomas leave?
To a similar, albeit smaller (literally and figuratively) point, Thomas’ contract expires after the 2017-18 season. He hasn’t been shy about his desire to earn a max contract, and if he goes out and puts up another fantastic season — and maybe even wins a ring — he’d be a highly coveted player on the open market … which probably is part of the reason the Celtics were able to stomach making him part of this trade.

Is Isaiah Thomas healthy?
The other thing about Thomas is we’re not even sure he’ll be able to stay on the court. The good news is it doesn’t appear he’ll need surgery on his ailing hip. However, it just came out this week Thomas will undergo additional tests on the hip. The Cavs reportedly aren’t too concerned, but that could change in a hurry. And if Thomas isn’t healthy, that changes the entire dynamic of the trade.

Will Kyrie Irving sign a long-term contract extension?
The good news for the Celtics as it pertains to Irving’s contract: He’s signed for the next two years with a player option for a third. The bad news for the Celtics: Nothing is guaranteed after that. Boston would love to keep him long term, and Irving reportedly is open to the idea. Even if he doesn’t sign, two years with one of the NBA’s best players is worthwhile, but the Celtics will feel a lot better about this trade if they lock him up for the long run.

Can Kyrie Irving be “the man” on a team?
Irving apparently got sick of living in LeBron’s shadow, which is understandable for a player of his caliber. But there might be an element of “be careful what you wish for” working here. “I was hoping Ky was going to get to lead a team, see what it’s like to have the entire franchise on his back,” an unnamed Cavs player told ESPN. Irving will get his chance now; can he live up to the hype?

Where will the Nets pick fall?
Other than the emotional aspect of losing a player like Thomas, the biggest concern of this trade for Celtics fans is that Nets pick. The 2013 trade no longer is the gift that keeps on giving, as the well has pretty much run dry now that Boston shipped the Nets’ 2018 pick to Cleveland. If the Nets stink again (seems like an easy thing to expect), then the Cavs will be giddy. Either they take a player to add to a LeBron-led core, or LeBron bolts for L.A., and the Cavs get to start over building around a player like Marvin Bagley. But the Nets might not stink as much, and nothing is guaranteed when you’re dealing with the pingpong balls.

Who on the Celtics guards LeBron James?
In the last month and a half, the Celtics traded Avery Bradley and Crowder, two defensive stalwarts. Both, at times, have been tasked with guarding LeBron, especially Crowder. Despite that, LeBron has pretty much had his way with the Celtics. Now, both are gone. Maybe newly acquired Marcus Morris fills that role, and the Celtics still have Marcus Smart who can pitch in, too. But the fact remains: In any game between the Celtics and Cavs, James is going to be the best player on the court.

What about Ante Zizic?
It’s crazy to think that in a trade with this much star power a player like Zizic could be the X factor. The Celtics reportedly loved Zizic and would only trade him for a star (mission accomplished), and there reportedly are some in NBA circles very high on the 7-footer.

Many NBA scouts believe Zizic would be a top 10 pick if he was in the Draft this year. Has improved his stock quite a bit this year.

Let’s say for a moment he fulfills his potential, and the Brooklyn pick turns into the No. 1 or No. 2 pick. Even if LeBron does leave, the Cavs would be set up for a speedy rebuild, perhaps while the Celtics are contending for NBA titles, making both teams “winners” in this deal.

Does either team win a title in the next two or three years?
That would be a pretty good indicator, too, don’t you think? 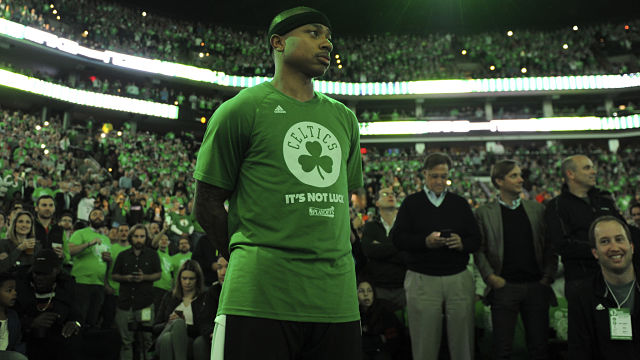 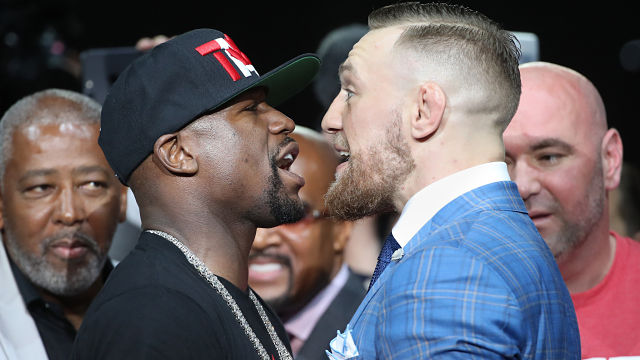