The message is clear: control what you can control.

It’s been an interesting offseason for the Cavaliers, but if we’re to believe Celtics president of basketball operations Danny Ainge, Cleveland’s moves — or potential moves — have zero impact on Boston’s own decision-making.

“It doesn’t matter,” Ainge said Monday on the “Dan Patrick Show” of how the Cavs affect what the Celtics do. “We have our own problems and our own challenges and trying to put players together that can win and compete in the league today is very difficult.

“Obviously we’re competing to try to get the same players that everybody wants in the league, but other than that, we’re not reacting to things that they’re doing right now.”

The biggest news surrounding the Cavs — and the entire NBA, for that matter — involves star point guard Kyrie Irving, who reportedly requested a trade to escape LeBron James’ shadow in Cleveland. There have been several rumors regarding where Irving, a four-time All-Star, might land this offseason and who the Cavs might be able to bring in as they eye their fourth consecutive NBA Finals appearance, but Ainge insists the Celtics are focused on their own business, which to this point has included drafting Jayson Tatum with the third overall pick and signing Gordon Hayward in free agency.

“They have a great team,” Ainge said of the Cavs. “When you have LeBron James on your team, you’ve got to find some players who can compete against him, and that’s tough to do. He’s been the best player in the league for the last five or six years.”

James’ future in Cleveland beyond this season is unclear, meaning the Celtics’ championship window could open sooner than expected. Then again, if we’re to believe Ainge, that perhaps doesn’t matter all that much when it comes Boston’s wheeling and dealing. 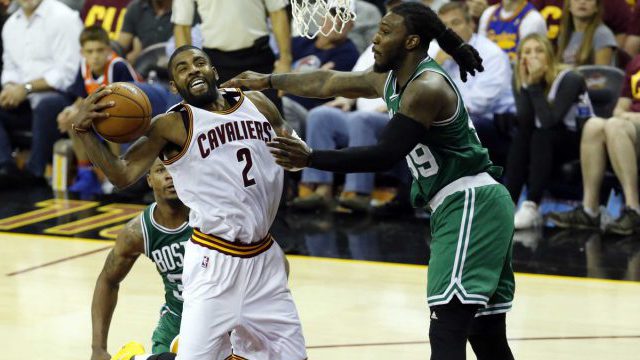 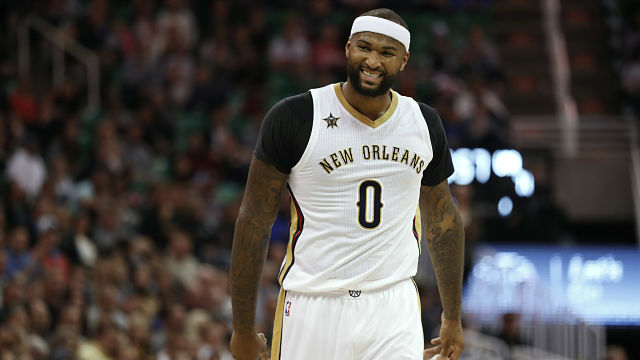 Is DeMarcus Cousins Trying To Recruit Carmelo Anthony To Pelicans?