NASCAR Rumors: Bubba Wallace In No. 43 Smithfield Chevy? It Could Happen - NESN.com Skip to content

There’s a lot going on with the latest round of rumors surrounding Darrell Wallace Jr.

Wallace, the first black driver to compete in a Monster Energy NASCAR Cup Series race in more than a decade, has been sidelined since his four-race pinch-hitting stint in the No. 43 Ford came to an end in July. There has been plenty of talk about Richard Petty Motorsports’ desire to get him in a new ride next season, but it’s a lot more complicated than just offering Wallace a seat.

In a series of tweets on Tuesday, SportsBusiness Journal’s Adam Stern laid out all the cards in play regarding Wallace, RPM, sponsorship and more.

— Smithfield, primary sponsor of Aric Almirola in the No. 43, has reportedly been in talks with the No. 10 team at Stewart-Haas Racing. RPM adding a second machine for Wallace obviously becomes harder if it loses the sponsor of its top car.

— Ford’s deal with RPM reportedly expires at the end of the season, which could mean a manufacturer switch to Chevrolet, Stern said, citing sources. Any time a major stakeholder like a manufacturer changes, a lot of previous assumptions and calculations go out the door.

— How strongly RPM is wedded to Almirola is debatable. The team’s preference is to field both Almirola and Wallace in separate cars, but apparently there’s an outside chance Wallace could oust Almirola from the No. 43 seat altogether.

While RPM has said it wants to field @BubbaWallace in a second car, sources said that it's possible that Wallace could end up in the No. 43.

Needless to say, there are a lot of moving parts.

In a way, the whole saga is a fascinating look at the business side of NASCAR. It’s ultimately not just about who can drive well, but about all the other factors that need to align just to put a car on the race track.

One person who probably doesn’t find it fascinating, of course, is Wallace. He probably just finds it frustrating. Or, for a guy used to driving a stock who is now confined to his couch, he might just call it “boring.” 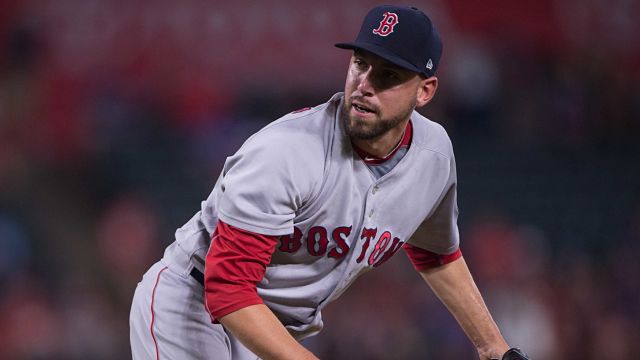