The Cleveland Cavaliers have come to their senses.

After it was reported the Cavs were going to try to pry another elite asset from the Celtics to complete the trade, ESPN’s Adrian Wojnarowski now reports a lesser draft pick could seal the deal.

“Cleveland and Boston officials started to engage each other on a solution on Tuesday, league sources told ESPN,” Woj wrote Tuesday night.

This makes much more sense. The Celtics were never going to give up young forwards Jayson Tatum or Jaylen Brown to make this deal work. And if the cost to put this situation behind the Celtics is just their own 2018 first-round pick or a future one, then they might as well pay it and move on.

The alternative is losing a superstar point guard in Irving and receiving back a player in Thomas who’s still not 100 percent healthy and seeking a max contract as he enters the final year of his current deal.

The deadline for the trade to be fully completed with physicals is Thursday, although that deadline could be extended if both teams agree to do so. 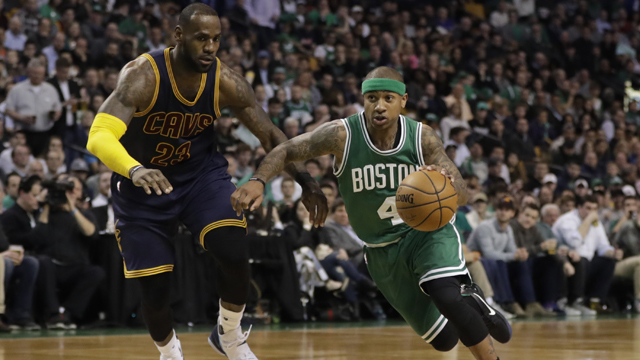