If any preseason game is a must-watch for New England Patriots fans, Friday night’s is it.

The Patriots’ starters should play into the third quarter, giving fans a preview of the team some are predicting could go undefeated in 2017.

Patriots fans had plenty of questions coming into Friday night’s game, and we answered them in this week’s mailbag. Let’s get into it.

Cian Fahey of presnapreads.com wrote that Brady’s two worst games of the season came against the Houston Texans and Atlanta Falcons in the Super Bowl based on accuracy percentage and “interceptable passes.” Fahey also wrote “older quarterbacks suffered significant drop offs in velocity and effectiveness as the season wore on” but never cited any numbers directly pertaining to velocity or arm strength.

As Fahey mentioned in the article, the Texans, the Patriots’ first playoff opponent, were the best defense Brady played last season. Brady had no trouble against the Pittsburgh Steelers then struggled early in Super Bowl 51 before orchestrating the greatest comeback in NFL history.

It’s possible Brady’s arm strength will decrease late in a full 16-game season, but the Patriots presumably also would notice that in practice and start to scale back his reps. Brady also suffered more injuries than usual in 2016 (which could continue). That also could have contributed to any perceived dropoff in arm strength.

It’s a decent theory, but I’m going to need to see more to decide for myself that Brady’s arm strength will be a problem deep into this season. No offense to Fahey, but every offseason some writer tries to figure out why Brady suddenly will be not good the next season, and it hasn’t come true yet.

Brady’s probably got Fahey’s article printed on the ceiling of his temperature-controlled bedroom, and he’s probably doubling his intake of free-range chicken breast to ensure his arm stays strong.

Chances are, however, only three or four of those players won’t slip through waivers to the Patriots’ practice squad.

I spoke to a scout who’s high on Croston and McDermott, both of whom will have a hard time making the Patriots’ 53-man roster unless the team decides to carry nine or 10 offensive linemen.

Coleman could receive interest from the Seattle Seahawks, with whom he started his NFL career, if waived. That’s why I think the Patriots should try to trade Coleman to the Seahawks before Sept. 2 cuts. Maybe for Seahawks pass rusher David Bass?

A few people asked me to predict trades, and I didn’t pick those questions because it’s almost impossible to pick a player the Patriots to target out of 2,790 possible names. But I just did it, so there.

I know it’s not time for mail doug (and save this if you must) but who do you see as the primary KR / PR at this point?
— @KM14661997
Cyrus Jones for both roles. If he can’t return punts and kicks, then he won’t make the team, because there are other defensive backs with more value on the team.

Jones has been solid as a returner all summer after struggling during spring practices. We’ll see if that continues in the final two preseason games.

If the pats don’t make a trade this training camp would that be the first time that’s ever happened with BB?
— @JustinMH90
No, not at all. They have made a trade every year since 2014, however.

I expect them to because Bill Belichick seems to love trading almost as much as he adores special teams, Stephen Neal, hating the New York Jets, jokes about social media, talking about players on the 1980s New York Giants and over-drafting safeties.

What’s the most you’d be willing to give up for an edge guy, assuming BB even trades for one?
— @s3sayles
That depends entirely on what player they’re getting. I mean, if J.J. Watt was available, I’d probably give up more than I would for, say, David Bass.

I wouldn’t trade undrafted rookie defensive tackle Adam Butler because I’m driving his bandwagon, and it’s moving too fast to jump off.

@DougKyed how close is the gap between Garoppolo and Brissett? #MailDoug
— @Rotsen1230
Not very close.

if Chad Henne was the starting quarterback of the Patriots this season, how many games would NE win?
— @EmersonLotzia
That’s a tremendous question, Emerson.

Got any good news?
— @PlanetWalter
Yeah, the Patriots are gonna be pretty darn good again this year.

But, you know what? The first single off of “1989” (“Shake It Off”) also was merely whatever, then the rest of that album was a bunch of fire and 100 emojis.

Know what pop song is catchier than it deserves to be? This one.

Who is the greatest player in Patriots history to not play an entire season with the team?
— @eponeill2395
Based on what they did in New England, it’s probably Akiem Hicks, but Akeem Ayers is a very, very close second.

Based on what they did throughout the rest of their career, it’s either John Lynch or Reggie Wayne. I’ll go Lynch.

The answer is not Tim Tebow. The answer also is not Tom Brady, because he’s spent 17 entire seasons with the Patriots.

What is your over under for Boston championships from now until the next NBA season ends.
— @FanOfAll64
Over/under: 4.

Who is the most intelligent player you have ever covered?
— @funnyhowthings
I guess it’s probably Tom Brady, right?

Dwayne Allen also seems very smart based on our limited interaction with him.

Why can’t you hear pterodactyls go to the bathroom?
— @zlehan91101
Because they’re all extinct and dead. Duh.

And that sparked a debate.

Doug is much funnier in person than on Twitter, according to sources close to Doug.

Doug is slightly funnier in person but, also, everyone should ask Doug about chapstick https://t.co/OJuTwHQPsc

I guess I’d have to amend my initial statement and go mailbag > in person > Twitter.

I can only strive to be funnier on Twitter.

Did you know that Saturday’s Patriots/Lions game is absolutely a Super Bowl LII preview? #maildoug
— @JeffWIIM
I’ll let my co-worker Emerson handle this one. (I originally wrote “buddy” rather than co-worker, but buddy is a strong word.)

I'll take this one, Doug.

Thanks for writing #MailDougAndSometimesEmerson. The answer to your question is please stop drinking.

#maildoug If the Patriots lose to Detroit and are 0-3, does Kraft fire Belichick or wait for the Giants game?
— @MrQuindazzi
Hopefully, they’ll just let him retire on his own terms. Can’t let a team start preseason 0-3.

Conspiracy theory: Bill Belichick is purposely losing games so the Patriots don’t get too full of themselves because of all the 19-0 talk.

Mayweather or McGregor?
— @BradyToCooks
Floyd Mayweather in a unanimous decision because he’s an actual boxer and Conor McGregor isn’t. I hope the bell rings and McGregor just instinctively starts treating it like a UFC fight. That would be fun.

I think the fight will be boring and not remotely close, though. But I still plan on ordering it with friends (yeah, no big deal, I have friends) because I don’t want to be out of the loop. 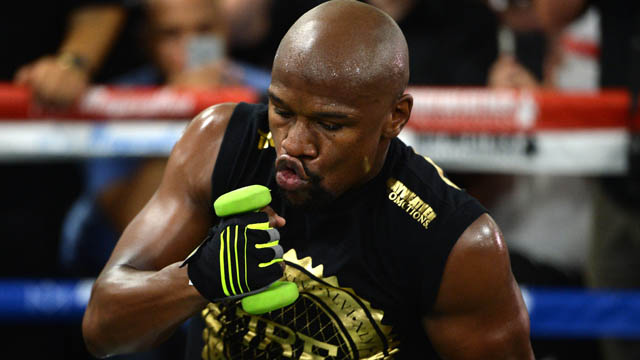 What Floyd Mayweather Jr. Must Do To Avoid Upset, Beat Conor McGregor 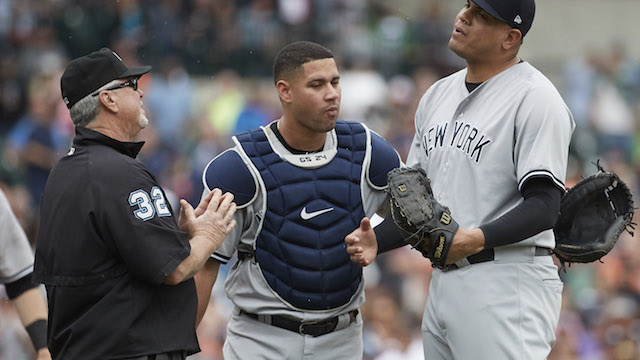 While You Were Sleeping: Gary Sanchez Faces Suspension For Yankees-Tigers Brawl