FOXBORO, Mass. — A swarm of dozens of media members surrounded one New England Patriots in the aftermath of Thursday’s preseason opener, engulfing him in a sea of cameras, audio recorders and iPhones.

It was undrafted rookie wide receiver Austin Carr, who burst into New England’s sports consciousness with a five-catch, one-touchdown performance in a 31-24 loss to the Jacksonville Jaguars at Gillette Stadium.

?I just wanted to get my first catch, my first hit, my first tackle, and it?s all done now,” Carr said. “It was tons of fun. I love this game. Nights like (Thursday night), being able to play in front of a home crowd, it?s kind of what you live for. Tons of fun.?

Carr’s touchdown was the play of the game for the Patriots — a sensational leaping grab off a Jimmy Garoppolo scramble. And the route was nearly as good as the catch itself.

Thursday’s game easily was Carr’s best showing in a Patriots uniform, practice or game. In fact, after flashing at the start of training camp, the Northwestern product had faded into the background a bit of late, with Devin Lucien replacing him as the most intriguing of New England’s long-shot receivers.

And make no mistake: Carr remains a long shot even after his impressive showing against the Jaguars. The top five spots on the Patriots’ depth chart at wide receiver already are filled by Julian Edelman, Brandin Cooks, Chris Hogan, Malcolm Mitchell and Danny Amendola, and Matthew Slater is a lock to stick around for his special teams prowess.

That’s not news to the new guy.

“I haven’t arrived,” Carr said, acknowledging his place in the Patriots’ wideout hierarchy. “There’s no prize I get right now. And we didn’t win, and that was the goal: to win. So I have to go back and figure out what I need to do more to help this team win.”

Carr, who also made a nice tiptoe catch along the right sideline and another tough catch on a Garoppolo pass that was thrown behind him, was hard on himself after the game.

“I think there’s still room for improvement,” he said. “I think there were some plays out there that I’m going to look (at) on tape and kind of grimace, because I think I had more potential that I left out there.”

Some additional notes from Thursday’s contest:

— Although the Patriots did not play any of their veteran starters on defense, head coach Bill Belichick and defensive coordinator Matt Patricia can’t be too pleased with how the unit performed.

New England finished the game without a single sack, quarterback hit, pass breakup, interception or forced fumble and had just one tackle for loss.

— From the “random and pointless facts” department:

Patriots wide receiver Julian Edelman, who dressed for the game but did not play, wore long sleeves under his uniform. Why is this important? Well, first off, it’s not. But it was a bit interesting, since Edelman is the type of player who will eschew sleeves even in the coldest of Foxboro winters.

In fact, USA TODAY Sports Images’ archive doesn’t have a single photo of him wearing long sleeves during a game. A bit odd to break them out on an 80-degree night in August.

— Back to the game on the field, Jaguars rookie Leonard Fournette found the end zone for the first time in his NFL career, plowing in for a 1-yard touchdown late in the second quarter.

The former LSU star, whom Jacksonville picked fourth overall in the 2017 NFL Draft, finished with 31 yards on nine carries. He said he was taken aback by the pace of the pro game, but not in the way you might expect.

?It?s a lot slower than I thought,” Fournette told reporters. “A lot of people said it was going to be fast, but playing in the SEC, I think that really helped me out.? 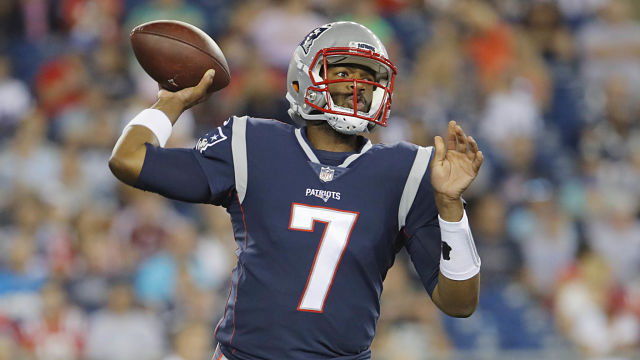 Patriots’ Jacoby Brissett Claims Adrenaline Got Best Of Him Vs. Jaguars 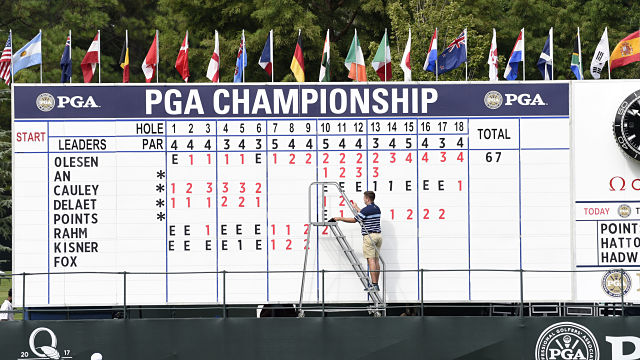