The New England Patriots’ 30-28 preseason win over the Detroit Lions will be remembered as the game Julian Edelman injured his right knee in a meaningless game. But it’s also the game in which the 2017 Patriots’ offense showed their dangerous potential.

Here’s who stood out both positively and negatively Friday night.

QB TOM BRADY
Everyone predicted Brady would play for more than two quarters Friday night, but the Patriots quarterback didn’t even need a half to prove he’s ready for the regular season. Brady went 12 of 15 for 174 yards with two touchdowns and one interception. The Patriots led 24-7 when he came out of the game.

Brady’s lone interception might as well have been a punt. He threw deep into double coverage late in the second quarter.

WR CHRIS HOGAN
If Edelman’s injury is season-ending, Hogan will need to step up. He looked ready to do so Friday night, when he caught four passes on five targets for 70 yards with two touchdowns.

Hogan has been a monster all summer for the Patriots. New teammate Dwayne Allen even called him “Mr. Perfect” this week. We saw why Friday night.

RB MIKE GILLISLEE
Gillislee’s first two snaps as a Patriot were for a touchdown and two-point conversion. Good start to his career with New England.

Gillislee also ripped off a 27-yard run. It will be fascinating to see how the Patriots split reps at running back this season between Gillislee, Rex Burkhead, James White and Dion Lewis.

DL ADAM BUTLER
Butler had a strong showing in the middle of the Patriots’ first-team defense with a quarterback hit and plenty of time in Detroit’s backfield.

Butler made our latest Patriots 53-man roster projection. He’ll make our next one, too.

CB ERIC ROWE
Rowe allowed two catches on four targets for 35 yards with an interception and pass breakup. It wasn’t a perfect performance from Rowe, who also let up a 22-yard catch to Golden Tate, but he did enough to stay the favorite to earn the No. 3 cornerback role.

S JORDAN RICHARDS
Richards might have played himself off the roster Friday night. The Patriots tried using him at linebacker, rather than safety, and he still looked too slow to be on an NFL field. He also missed a tackle on an 18-yard touchdown catch by Dwayne Washington.

Moving Richards seemed like a last-ditch effort to get something out of the 2015 second-round pick. 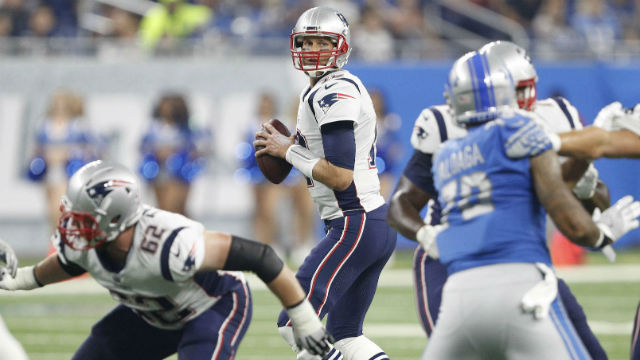 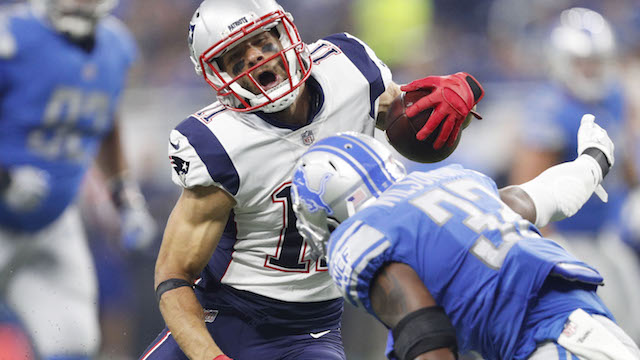