Final, Giants 40-38: The New England Patriots’ spirited comeback ended up being for naught.

Aldrick Rosas kicked a 48-yard field goal as time expired to give the New York Giants a 40-38 victory in a wild preseason finale at Gillette Stadium.

Quarterback Jacoby Brissett, believed by some to be on the roster bubble entering the night, played the best game of his Patriots career, completing 28 of 39 passes for 340 yards and four touchdowns with one interception. Brissett also rushed for another score, likely solidifying his spot on the 53-man roster.

The Patriots now can turn their full focus to the regular season. They’ll host the Kansas City Chiefs next Thursday night in Week 1.

Fourth quarter, 0:44, Patriots 38-37: Brissett couldn’t guide the Patriots into the end zone, but he was able to bring them into Stephen Gostkowski’s field goal range. The veteran kicker drilled a 55-yarder to put New England ahead for the first time tonight.

Fourth quarter, 1:52, Giants 37-35: Kenny Moore broke up a pass intended for C.J. Germany on third down, forcing another Giants punt.

Brissett will have a chance to win it for the Patriots. New England ball at the team’s own 31.

Brissett completed passes of 17, 15 and 23 yards before finding Jacob Hollister for a 4-yard score. In my opinion, the QB has done more than enough to earn a roster spot.

Fourth quarter, 4:42, Giants 37-28: The Giants were forced to punt for the first time tonight. With Cyrus Jones sidelined, cornerback Will Likely handled return duties, running for no gain.

Fourth quarter, 6:21, Giants 37-28: Jacoby Brissett has not slowed down in this fourth quarter. He tossed a beautiful pass to Devin Lucien for a 45-yard gain, then juked out Giants safety Ryan Murphy at the goal line on a 4-yard touchdown run.

This is the best Brissett has looked in a Patriots uniform.

Fourth quarter, 10:24, Giants 37-21: Six of the Giants’ eight drives have produced points. Their latest one culminated in Aldrick Rosas’ third field goal of the game.

He’s completed 15 of 19 passes for 164 yards and just hit Devin Lucien in the corner of the end zone for his third touchdown pass of the game. Brissett had less than two seconds to throw but still was able to locate his receiver and float a pass over Giants cornerback Tay Glover-Wright.

This is an insane score by Jacoby Brissett. It's like he's better when he doesn't have time in pocket. Born under pressure. Molded by it. pic.twitter.com/n5UJ48eXBX

It’s up for debate whether Brissett was on the roster bubble entering tonight, but he’s certainly done a lot to improve his case for a roster spot.

A host of Patriots defenders led by linebacker Nick Usher stuffed running back Wayne Gallman on fourth-and-1 to force a turnover on downs.

New England has eight first downs tonight to New York’s 19 and 151 total yards to the Giants’ 306.

Halftime, Giants 34-14: After the Patriots’ latest drive stalled, the Giants were able to sneak in another field goal before the clock hit triple zeros.

New England’s reserve defense is having a very rough go of it tonight.

Second quarter, 3:28, Giants 24-14: Cyrus Jones is one of the few Patriots players in action tonight who has a good chance of making the 53-man roster, but he just had to be helped off the field after suffering what appeared to be a right knee injury.

Jones remained down on the field for several moments and immediately went into the medical tent after making it to the sideline.

Jones has been the Patriots’ primary punt returner all summer.

Defensive tackle Woodrow Hamilton also had to be helped off the field later in the same drive. He appeared to be favoring his lower right leg.

The drive ended with a 1-yard touchdown run by Shaun Draughn.

Second quarter, 10:40, Giants 17-14: That probably was Jacoby Brissett’s best drive of the preseason.

After tossing a pick-six and going three-and-out on his previous two drives, the Patriots quarterback was a perfect 4-for-4 on a possession that ended in a 14-yard touchdown pass to Austin Carr.

Brissett hit Carr for a 23-yard gain on the first play of the series, then found tight end James O’Shaughnessy over the middle for another 23 yards on the next snap. Another completion to Carr went for 11 yards, and LeShun Daniels then rushed for 4.

Carr’s touchdown capped off a five-play, 75 yard drive that took just 2:15 to complete.

Second quarter, 12:55, Giants 17-7: A steady dose of running backs Shane Vereen and Orleans Darkwa propelled the Giants inside the Patriots’ 5-yard line, but New England’s defense stiffened up in the red zone, forcing a field goal.

First quarter, 5:24, Giants 14-7: The Patriots went three-and-out on their third possession, with Brissett getting sacked on second down. New England’s second-team offensive line has looked dreadful for much of this preseason.

In other news, if a player does not play in the fourth preseason game, it typically indicates he will make the roster. Among the Patriots who have remained on the sideline thus far: defensive tackle Adam Butler, safety Jordan Richards, running back Brandon Bolden, tackle Cameron Fleming, cornerback Justin Coleman and linebackers David Harris and Elandon Roberts.

First quarter, 7:04, Giants 14-7: Jacoby Brissett’s second drive did not turn out so well.

On the first play following D.J. Foster’s kickoff return, Brissett tried to hit Foster on a swing pass but wound up throwing the ball directly to defensive end Kerry Wynn, who pranced 15 yards into the end zone for a pick-six.

After a string of snooze-inducing preseason matchups between the Pats and Giants, this one has featured plenty of action early.

Smith found tight end Matt LaCosse for a 25-yard touchdown to cap things off. Trevor Bates appeared to be in coverage on the play, and Cyrus Jones and David Jones also were near LaCosse when he caught the ball at the goal line.

Geno Smith is tossing TDs… This one to Matt LaCosse! #NYGvsNE pic.twitter.com/3le6MevCXW

Shane Vereen (remember him?) carried the ball twice for 11 yards on that drive.

First quarter, 11:28, Patriots 7-0: Jacoby Brissett’s first touchdown pass of the preseason put the Patriots on the board.

The second-year pro hit undrafted rookie Cody Hollister in the left side of the end zone for a 9-yard scoring strike. Cody’s twin brother, Jacob, also caught a pass from Brissett earlier in the brief drive.

First quarter, 14:15, 0-0: Damarius Travis, who’s fighting for a roster spot at safety, forced and recovered a fumble on the second play of the game, stripping the ball away from Giants tight end Will Tye.

The Jacoby Brissett-led Patriots offense takes over at the New York 23-yard line.

Here’s a look at the starting units for New England, which heavily feature reserves and rookies:

First quarter, 15:00, 0-0: The Giants won the opening toss and elected to receive. The Patriots will begin the game on defense.

7 p.m.: The following Patriots players are not in uniform tonight:

Every other player on the 90-man roster currently is on the field for warmups. That doesn’t guarantee all of them will play, though. Most starters still are expected to sit.

6:40 p.m.: One young player you shouldn’t expect to see tonight: linebacker Harvey Langi, who was spotted in the press box roughly an hour before kickoff.

That New England chose to hold him out of this game likely is a good sign for the undrafted rookie, who has impressed throughout his first NFL preseason. Langi did miss practice all week, though, so his absence could be injury-related.

In other news, all three Patriots quarterbacks are in uniform tonight.

5:20 p.m.: If recent history is any indication, there might not be many points scored in this game. The Patriots have scored a grand total of two touchdowns over their past three preseason finales (all against the Giants), and neither team topped 20 points in any of those games.

3:45 p.m. ET: One week from tonight, the New England Patriots will host the Kansas City Chiefs to open the 2017 NFL regular season. But first, they have one last bit of business to take care of: their annual preseason finale against the New York Giants.

Roster battles will be decided. Jobs will be won and lost. Tom Brady will … probably spend the evening hanging out on the sideline, as he and the rest of the Patriots’ veteran starters are not expected to play.

Jacoby Brissett reportedly is expected to start at quarterback for New England, and he’s one of many players looking to prove he deserves a spot on the 53-man roster.

Wide receiver Austin Carr and running back D.J. Foster are on that list, as well, as are tight ends James O’Shaughnessy and Jacob Hollister, tackles Cameron Fleming and LaAdrian Waddle, and linebackers Jonathan Freeny and Trevor Bates, among others.

Kickoff is set for 7:30 p.m. ET at Gillette Stadium. Stay tuned for NESN.com’s Patriots pregame show at 4:30 p.m. on Facebook Live and YouTube, and be sure to check back here throughout the evening for updates and analysis. 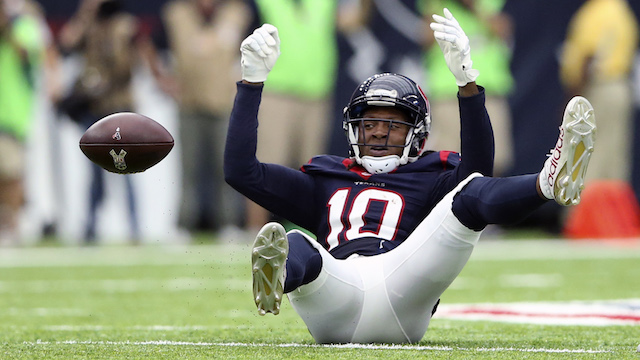 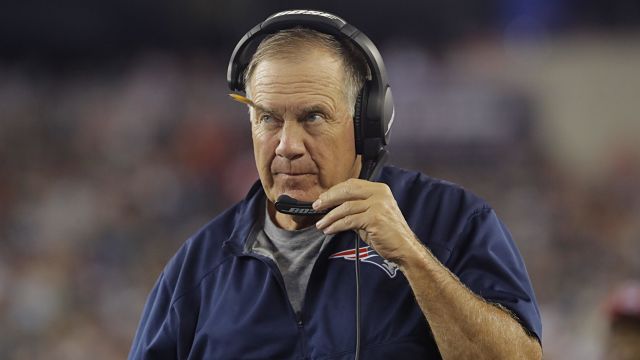