Kevin Durant is no stranger to leaving a good situation for a better one.

After spending the first nine seasons of his NBA career with the Oklahoma City Thunder, Durant stunned the basketball world when he joined the Golden State Warriors as a free agent last summer. The move certainly paid off, though, as Durant won an NBA championship and series MVP honors in his first season with The Dubs.

Kyrie Irving found himself in a similar situation this offseason. The star point guard, despite playing for a legitimate title contender, wished to be traded from the Cleveland Cavaliers, as he reportedly was tired of playing in LeBron James’ shadow. Irving’s wishes were granted Tuesday, as he was dealt to the Boston Celtics in a blockbuster trade.

In an appearance on Bill Simmons’ podcast, Durant made sense of Irving’s desire to be traded, explaining how the media circus surrounding James probably wasn’t desirable for Irving.

“When you?re around LeBron James, there?s so much that comes with that,” Durant told Simmons. “There?s so much outside distractions and conversations and just noise that comes from being around LeBron James, and Kyrie (was) at the point where he?s like, ?We lost the championship. This whole season is going to be about if LeBron leaves or not. I?m ready for a new challenge.? All that stuff kind of met at the pinnacle of why he wanted to leave, and it felt like he just wanted a situation where he could be free from all of that and just play.”

It remains to be seen how Boston’s new-look roster will fare in the 2017-18 season, but Durant believes Irving will fit in quite nicely with the Celtics.

“And it?s a perfect system for him in Boston,” he said. “It?s a perfect fit, because he?s a 6-foot-3 Isaiah Thomas, basically. And Isaiah just thrived in that system, and then he?s got Gordon Hayward and Al Horford that are going to be able to make plays for him, too. It?s going to be pretty sweet. I think it was a great deal.”

If Irving and the C’s can conquer the Cavaliers for Eastern Conference supremacy in the upcoming campaign, there’s a good chance they will meet Durant and the Warriors in the NBA Finals. 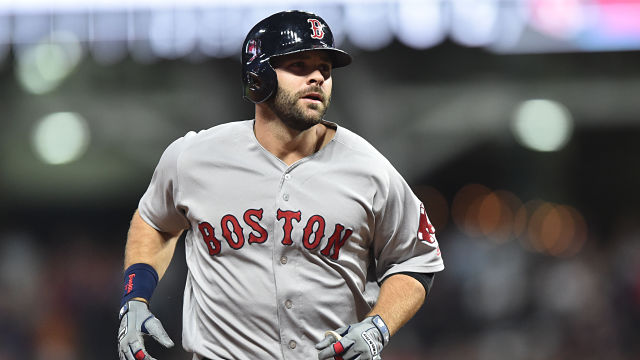 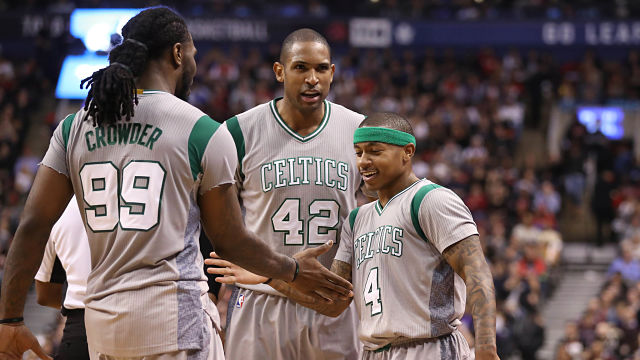