CANTON, Mass. — Brad Stevens has dealt with roster turnover before. But this? This is something else entirely.

“In a lot of ways, I feel like I took a new job,” the Celtics coach said Monday at Boston’s media day. “… When I?m looking at our stats and talking to our team about how we want to improve, well, 10 of the guys are going to be looking at me like, ‘I wasn?t here last year.'”

Stevens is right: The Celtics underwent a shocking transformation this offseason, returning just four players last season’s 53-win club while bringing in a boatload of new faces, headlined by All-Stars Kyrie Irving and Gordon Hayward. On paper, the C’s are loaded, boasting a talent-laden roster that should be very good for a very long time.

But the elephant in the room was addressed head-on Monday.

“There is not a lot of chemistry right now,” second-year forward Jaylen Brown said. “We?ve only had a few days or a few weeks to kind of be together and start building relationships, building chemistry and getting to know each other. There are a lot of guys that don?t know each other or feel comfortable with each other yet.”

Let’s face it: The C’s will endure some growing pains this season. That’s inevitable when three of your four returning players are 23 or younger — Marcus Smart, Terry Rozier and Jaylen Brown — and your longest-tenured player has just three seasons under his belt.

“That’s still a shock to me,” Smart said. “I’m 23 years old and you guys are calling me the longest-tenured Celtic. I never in a million years would have thought about that.”

Boston’s roster is a fascinating (if somewhat random) collection of NBA talent: Irving and Hayward are the established All-Stars looking for fresh starts, while Marcus Morris and Aron Baynes will seek niches as role-playing veterans. Al Horford is the only other elder statesman in a largely green group that will have to incorporate budding young stars Brown and Jayson Tatum while keeping Irving, Hayward, etc. happy.

Developing chemistry among such an eclectic group is the Celtics’ biggest challenge entering the 2017-18 season, and it won’t happen overnight.

“For us, it starts (Tuesday at the first day of training camp), and we?ll just build it up day by day,” Horford said. “I don?t know how long that?s going to take, but we?re hoping it’s sooner than later.”

Here are some other takeaways from an eventful media day in Canton:

— Chemistry concerns aside, these guys seem excited to play with each other. Horford raved about Irving when asked about his new point guard.

“Man, he’s special,” Horford said. “I don’t think people understand how good of a player he is. He’s gonna showcase that this year. His ability is unreal.”

— Smart is looking slim and trim in his fourth season as a Celtic, but he almost wound up in Cleveland this offseason. The young guard said he was working out with former NBA star Chauncey Billups this summer when his agent told him he might be included in Boston’s trade for Irving.

“My agent called me and said there’s a possibility you could possibly be traded,” Smart said. “I was like, ‘Where’d this come from?’ They were like, ‘It just happened out of nowhere.'”

— Both Brown and Irving spoke critically of Donald Trump’s recent comments about Stephen Curry and NFL protests, and Brown hinted the Celtics might do something as a team in response. If they do, their head coach will be behind them.

“Ultimately, we as the Celtics organization support our guys and their right to take a stand,” Stevens said.

— Baynes spent his first three NBA seasons on the San Antonio Spurs playing for Gregg Popovich, widely considered one of the best head coaches in the league. Popovich has been complimentary of Stevens in the past, and Baynes actually sees some similarities between the two coaches.

“They’re both very comfortable and knowledgeable about what they want to do,” Baynes said. “Every time I’ve talked to Brad, he’s been so on track: He hasn’t veered in any other direction than the one he’s headed in. That’s kind of how Pop was, too. They know what they need to do, and they know how to get there.” 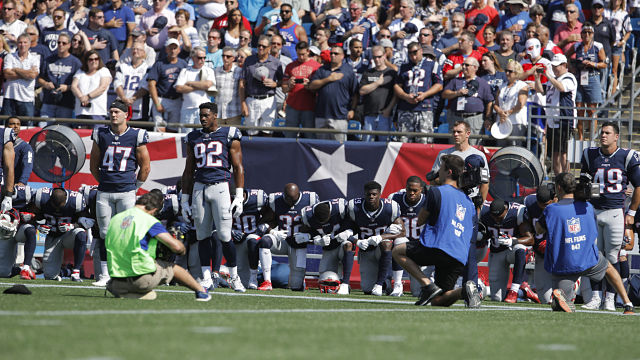 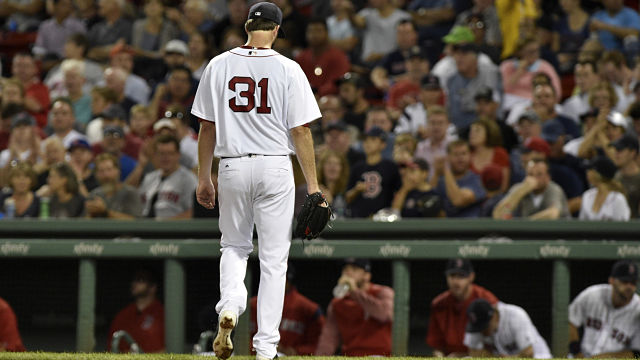 Five Burning Red Sox Questions: Is Drew Pomeranz A Cause For Concern?