Week 3 of the 2017 NFL season was highlighted by the host of players and teams that elected to protest during the national anthem in response to President Donald Trump’s divisive comments. But it also had a ton of compelling action, as the Chicago Bears, New York Jets and Jacksonville Jaguars sprung huge upsets, while the New England Patriots and Green Bay Packers narrowly avoided falling to inferior opponents.

Here?s a look at where each team stands in NESN.com?s NFL power rankings as we head into Week 4. (To see our Week 3 power rankings, click here.)

2. Kansas City Chiefs (3-0; 1): The Chiefs were unimpressive in their win over the Los Angeles Chargers, but they still own a Week 1 beat down over the New England Patriots and are one of two undefeated teams.

3. New England Patriots (2-1; 3): Tom Brady had to engineer a game-winning drive to beat the Houston Texans, but if the Patriots’ defense doesn’t shape up it won’t matter how much good TB12 is.

4. Green Bay Packers (2-1; 7): The Packers struggled with the Cincinnati Bengals, but Aaron Rodgers did what franchise quarterbacks do to secure a win at Lambeau Field.

6. Tennessee Titans (2-1; 10): The Titans have bounced back from a tough Week 1 loss to the Oakland Raiders by slamming the Jacksonville Jaguars in Week 2 and soundly beating the Seattle Seahawks in Week 3.

7. Minnesota Vikings (2-1; 14): A week after the Vikings looked listless against the Pittsburgh Steelers, “The Norsemen” hammered the Tampa Bay Buccaneers behind backup quarterback Case Keenum and star receiver Stefon Diggs.

8. Pittsburgh Steelers (2-1; 5): Pittsburgh didn’t look prepared in a shocking overtime loss to the lowly Bears. The Steelers will look to bounce back against the arch-rival Baltimore Ravens in Week 4.

9. Oakland Raiders (2-1; 2): The Raiders were crushed by the Washington Redskins on “Sunday Night Football,” as their high-powered offense was held to 128 total yards.

10. Washington Redskins (2-1; 18): Josh Norman and the Washington defense stymied Derek Carr and the Raiders, as the Redskins look like they could be a problem in the NFC East.

13. Dallas Cowboys (2-1; 11): The defending NFC East champions got off the mat with a 28-17 win over the Arizona Cardinals, but a Week 4 tilt with the Los Angeles Rams could give the Cowboys another stiff challenge.

14. Los Angeles Rams (2-1; 19): The Rams survived a scare from the San Francisco 49ers on “Thursday Night Football,” and currently sit atop the NFC West.

15. Jacksonville Jaguars (2-1; 20): Jacksonville responded from a Week 2 loss to the Titans by pounding the Baltimore Ravens 44-7 in London. They’ll have a chance to move to 3-1 next week when they face the Jets.

16. Baltimore Ravens (2-1; 10): After two brilliant defensive weeks to open the season, the Ravens surrendered 410 total yards and gained only 186 in a humiliating loss to the Jaguars.

17. Seattle Seahawks (1-2; 12): Russell Wilson couldn’t save the Seahawks against the Titans, but they’ll have a good chance to get back to .500 against the Indianapolis Colts on “Sunday Night Football.”

19. Carolina Panthers (2-1; 17): Carolina’s offense continued to struggle in a 34-13 loss to the New Orleans Saints. The Panthers face a tough test in Week 4 when they travel to Gillette Stadium to take on the Patriots.

20. Buffalo Bills (2-1; 23): The Broncos’ defense bottled up LeSean McCoy, but the Bills still were able to steal a surprising win behind an opportunistic defense that forced two turnovers.

23. Los Angeles Chargers (0-3; 21): The Chargers aren’t as bad as their record would indicate, but they better start finishing games or it could be a short tenure for head coach Anthony Lynn.

24. Houston Texas (1-2; 25): Deshaun Watson gave the Patriots fits in a narrow loss to the defending Super Bowl champions. The Texans are vastly improved now that Watson has the keys to the offense.

27. Chicago Bears (1-2; 28): The Bears’ two-headed backfield of Jordan Howard and Tarik Cohen ran over the Steelers at Soldier Field. The good feeling might be short-lived, however, as Chicago will face the rival Packers on “Thursday Night Football” in Week 4.

28. New York Jets (1-2; 29): New York handled the Dolphins in its home opener, but we wouldn’t get too excited about this win, Jets fans.

29. Cincinnati Bengals (0-3; 30): Green Bay slept through the first three quarters of the game, but the Bengals were unable to close out the Packers. The clock is ticking on Marvin Lewis’ time in Cincinnati.

31: Indianapolis Colts (1-2; 32): The Colts got in the win column with a narrow victory over the Cleveland Browns, but Indianapolis will be hard-pressed to collect many more wins without QB Andrew Luck. 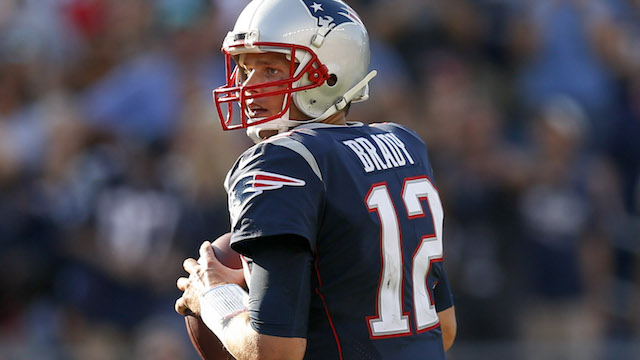 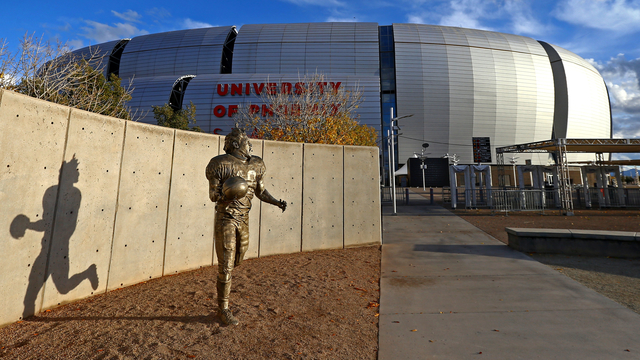