FOXBORO, Mass. — Bill Belichick has coached 227 games on the New England Patriots’ sideline. His defense never has fared worse than it did Thursday night.

With a new Super Bowl banner hanging overhead and dreams of 19-0 dancing in fans’ heads, the Patriots were embarrassed on their home field in the 2017 NFL season opener, surrendering six touchdowns and more than 500 yards of total offense in a 42-27 loss to the Kansas City Chiefs at Gillette Stadium.

The 42 points were the most ever surrendered by a Belichick-coached Patriots team, as were the 537 yards. New England hadn’t allowed 40 points in a game since their 41-14 loss to — guess who — the Chiefs in Week 4 of the 2014 season.

Rookie running back Kareem Hunt ran for 148 yards and a touchdown on 17 carries and caught five passes for 98 yards and two more scores, more than making up for the fumble he had on his first NFL carry. His 246 yards from scrimmage were the most ever by a player making his pro debut.

Triple threat Tyreek Hill was a non-factor in the running and return games but tormented the Patriots as a receiver, catching seven passes on eight targets for a game-high 133 yards, 75 of which came on a touchdown bomb from Alex Smith midway through the third quarter.

And Smith, typically a textbook game manager, far outplayed his counterpart, Tom Brady, completing 28 of 35 passes for 368 yards and four touchdowns with zero interceptions. His completion percentage (80.0) was higher than Brady’s passer rating (70.0).

Despite the miserable defensive stat line, the Patriots actually led for much of the night and took a six-point advantage into the fourth quarter. Then, one play changed the momentum for good.

On the second play of the final frame, Hunt released out of the backfield, blew past linebacker Cassius Marsh, hauled in a perfectly placed ball from Smith and raced 78 yards for the go-ahead touchdown.

“We had energy coming out,” safety Duron Harmon said. “We played well for the first three quarters. We had some mistakes, but we played well, and we were in it. But it just got away from us in the end.”

Marsh, whom the Patriots acquired Saturday from the Seattle Seahawks, likely would not have been in the game for that touchdown had starter Dont’a Hightower not suffered a knee injury earlier in the second half. Marsh has had less than a week to learn the Patriots’ defense, but he did not make excuses for his play.

The Patriots’ defense will face another tough test in Week 2 when they visit Drew Brees and the high-powered New Orleans Saints. New Orleans led the NFL in yards per game last season and ranked second in points scored.

“The only way (to go) is just up,” Harmon said. “We played terrible (Thursday night). … (But) one thing about this team is that we have a lot of fighters. We don’t have guys who are going to go in the tank or run from adversity. We have guys who will look at in the face, and we’ll be better next week.”

Added McCourty: “We’ve got to get a lot better if we want to win any football games this year.” 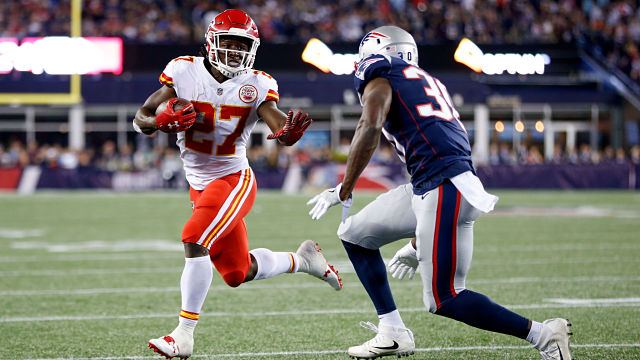 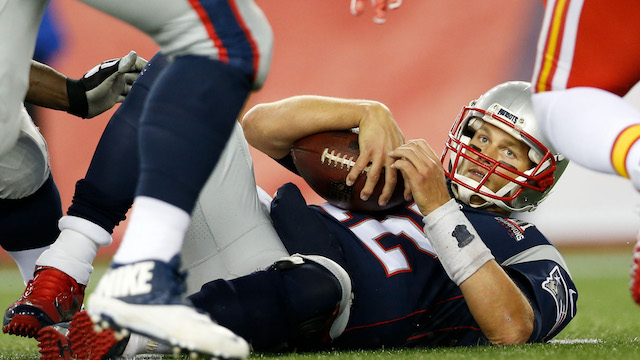