Patriots Mailbag: Why Chris Hogan Could Have A Monster Season - NESN.com Skip to content

As New England Patriots head coach Bill Belichick once said, “football is a great holiday.” And if any day would be named after the great sport, it would be the one that holds the NFL Kickoff Game.

The Patriots take on the Kansas City Chiefs on Thursday night at 8:30 p.m. The Patriots will unfurl their fifth Super Bowl championship banner, and there will be 70,000 blue towels featuring NFL commissioner Roger Goodell as a clown.

To get you prepped for what should be a wild day in Foxboro, Mass., let’s get into this week’s mailbag.

How do you think Edelman’s production will be distributed to the remaining offensive weapons?
— @TheJoeyMcNeely
That’s a very good question.

When Edelman went down in 2015, the team relied more heavily on Danny Amendola than I even remembered. He caught 65 passes for 648 yards with three touchdowns that season.

However, I’m not sure if Amendola can hold up to that type of punishment over a full 16-game season.

I think Brandin Cooks will see a lot of action, but I boldly predicted Chris Hogan will lead the team in receptions. It’s not the most reasonable prediction, which I guess is why it’s so bold. Hogan only had 38 catches last season.

Hogan is significantly taller than a typical Patriots slot receiver, but he showed a solid connection with quarterback Tom Brady this offseason.

Cooks also can play in the slot, and he has the prototypical size and quickness. He played in the slot 37 percent of the time in 2016 with the New Orleans Saints. Cooks is a better fit for Deion Branch’s old role, the “Z,” which also is what Edelman manned while sharing the field with Amendola.

What roles which receivers play will heavily depend on who’s on the field at the same time. When Amendola is playing, he’ll be in the slot. But if it’s Hogan, Cooks and Malcolm Mitchell, then Hogan likely will play inside the majority of the time.

I think Edelman’s 98 catches will be distributed between Hogan, Cooks and maybe even Rex Burkhead and Dwayne Allen.

I might be way off on Hogan (I have him on both fantasy football teams, so I’m putting my money where my mouth is), but I could see the receptions being divvied up like so:

Long-term, it has to be Cassius Marsh. The Patriots gave up fifth- and seventh-round draft picks to the Seattle Seahawks for Marsh, so they have to expect him to contribute both defensively and on special teams.

It will be interesting to see how Marsh fits into the Patriots’ defensive front. He’s listed at only 245 pounds, which typically would make him an outside linebacker rather than a defensive end in the Patriots’ defense. He played both positions with the Seahawks, but the Patriots have a greater need at defensive end. The Patriots might try Marsh out in both spots. I’d expect him to play on third and fourth down until he gets completely acclimated on defense.

I’ll also go out on a limb and say Brady will be active.

#maildoug, if @buffalobills are willing to trade Anquan, what pick or position can we trade? If, the interest is still there
— @original_lebwel

How can the sane people convince the dreamers that Anquan Boldin coming to New England is a bad idea
— @thisryanjackson
These were incredible questions to receive back to back.

It isn’t worth giving up any assets for Boldin. The Patriots are fine at wide receiver now with Cooks, Hogan, Mitchell, Amendola and Dorsett.

It’s actually impressive how long Patriots fans have pined after Boldin. He would have been a great fit for the offense 10 years ago. Now? Not without a full training camp to see how he looks.

You were high on Adam Butler for as long as I remember, when did you realize he had a legit chance to make the 53 roster? #MailDoug
— @MichaelProOG
You’re right, Michael. I sure was (pats self on back).

It would have been the first time I saw him receiving practice snaps with the first-team defense, which was Aug. 2 as far as I can tell.

Who is the best Patriot to not win a Super Bowl since their first Super Bowl championship in 2001?
— @patrickridner
That’s a very good question, Patrick. Three names come to mind, right? Monty Beisel, Deltha O’Neal and Chad Johnson.

It’s either Randy Moss, Wes Welker or Logan Mankins. Moss is the most talented player and the best in the overall scope of the NFL based on what he did outside of New England. But I’m not sure if he was the best Patriot.

Welker was a five-time Pro Bowl selection and four-time All-Pro during his six seasons with the Patriots. That’s very impressive.

Mankins was a seven-time Pro Bowl selection and six-time All-Pro in his nine seasons in New England.

I’m tempted to say Mankins. He was with the team the longest and was one of the absolute premier players at his position, and I feel like he might get forgotten more than Welker or Moss in the long run. He also played an entire season on a torn ACL, which is somehow even more of a Patriots offensive lineman move than growing a bushy beard.

What is harder: press conference with Belichik in a bad day or never sleep anymore because Olivia? #maildoug
— @gcabreu87
The lack of sleep with Olivia. It’s usually pretty apparent when it’s not a good day to ask Belichick a question, and that’s when you choose not to ask the questions that will make or break a feature or column.

I am very tired right now.

Are we going to find out what’s going on with Antonio Garcia?
— @elle_bee_are
Probably not, honestly.

Players turn into sasquatch when they go on the non-football illness list, and explanations are harder to come by than sightings.

Are you surprised there isn’t a qb on the practice squad?
— @MisterJohnOT
Not really. I think the Patriots will eventually sign a quarterback to the practice squad, but they went from Sept. 9, 2014, to Dec. 17, 2014, with only two QBs on their 53-man roster and none on the scout team. They didn’t have a third quarterback at any point during the 2015 season.

How sleep deprived are you?
— @rankjas
I’d be less sleep-deprived if Olivia didn’t randomly stay awake for two hours every morning from 4:30 to 6:30.

Favourite cereal with or without milk
— @rankjas
The best cereal is Cinnamon Toast Crunch, and if you think differently then I’m sorry but you think wrong.

Have you ever weighed yourself on the locker room scale?
— @JustinMH90
I actually have. Tom E. Curran was surprised I weighed more than him.

How fast do you type?
— @Peace_Gerald
Apparently 427 characters per minute, or 85 words per minute, according to some website I just used. They told me that beats or equals 95.39 percent of folks who take the test.

When you factor in procrastination, then it’s probably about five characters per minute and one word per minute.

Emergency QB with Edelman out?
— @EduardoJuez3
I would guess it’s either Chris Hogan, just because he seems to be able to do anything (did you know he played lacrosse in college?) and knows the offense.

Another option would be Jacob Hollister, if he’s active. Hollister actually began his college career as a quarterback at Nevada.

When does Adam Butler get inducted into the Patriots Hall of Fame?
— @daltonringey
2032.

#maildoug – Who will start off slowly this season and come on strong towards the end?
— @MonteOutdoors
Let’s go with Mitchell.

He could start out slow due to injury, but he should lock down the Patriots’ No. 3 receiver role by mid-season. 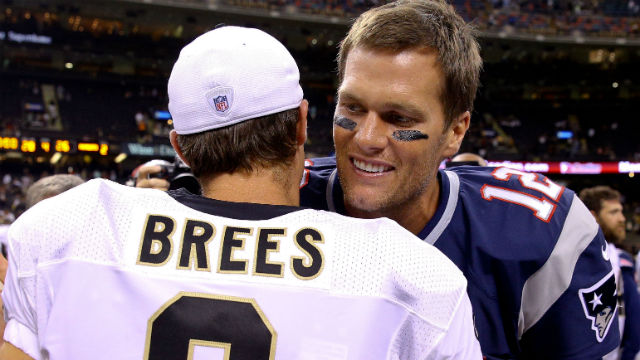 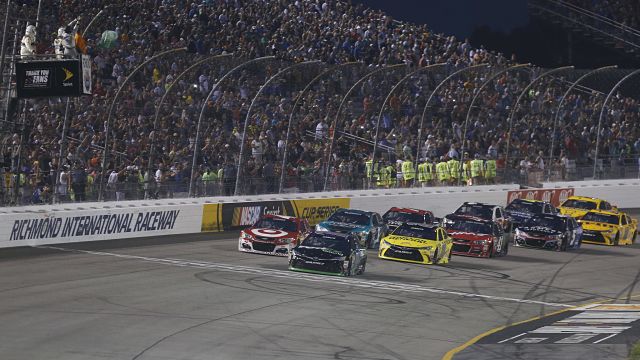