Within the last 365 days, the New England Patriots and Houston Texans have squared off in one regular-season game, one playoff game, one preseason game and two joint practices.

This Sunday, the familiar foes will add another regular-season matchup to that list, with the 1-1 Texans visiting the 1-1 Patriots at Gillette Stadium.

Here’s a quick look at what to expect from a Houston team that’s far better on one side of the ball than the other:

— The Brock Osweiler era mercifully ended after just one year, and top draft pick Deshaun Watson has shown flashes in his first game-and-a-half as an NFL quarterback, most notably the 49-yard touchdown run he ripped off in last Thursday’s 13-9 win over the Cincinnati Bengals.

— If Watson is throwing the ball, there’s a good chance he’s looking toward fellow Clemson product DeAndre Hopkins. Nearly half of Watson’s career completions have gone to Hopkins (13 of 27), and the Texans’ top wide receiver has been targeted an NFL-high 29 times through two games.

The rest of Houston’s receiving corps, meanwhile, has been practically invisible. All wideouts other than Hopkins have combined for just two catches (both by Braxton Miller) on four targets for 10 yards this season.

There’s a chance the Texans could have No. 2 receiver Will Fuller back in time for Sunday’s game, as he practiced Monday for the first time since breaking his collarbone during training camp.

Houston released receiver Jaelen Strong, who wasn’t targeted in 20 snaps against the Bengals, on Monday. Bruce Ellington missed the Cincinnati game with a concussion.

— Concussions also have sidelined the Texans’ top three tight ends, with C.J. Fiedorowicz’s so severe that he was placed on injured reserve. Ryan Griffin and Stephen Anderson both sat out last week’s game but could return to action Sunday.

— Houston’s offensive line is a total mess. It’s allowed an NFL-most 13 sacks this season, including 10 in a Week 1 loss to the Jacksonville Jaguars.

With starting left tackle Duane Brown’s ongoing contract holdout, this could be a big week for the Patriots’ rush. The Texans will need to find a way to neutralize rookie standout Deatrich Wise, who has two sacks and seven quarterback hits through his first two NFL games.

DEFENSE
— The Texans led the league in total defense last season and now have a fully healthy J.J. Watt at their disposal. That unit has looked stout thus far, allowing just two total touchdowns through two games — albeit against offenses led by Blake Bortles and Andy Dalton.

A Watt-less Houston D made Tom Brady’s life miserable for two-plus quarters in last year’s divisional round before New England pulled away late, and they’ll be a tough test for a Patriots team that currently has question marks at several skill positions following a rash of injuries.

— This will be an especially difficult assignment for New England’s offensive line, as Watt, Jadeveon Clowney, Whitney Mercilus and Bernardrick McKinney headline one of the NFL’s best pass-rushing front sevens. In the playoffs, they were most dangerous when matched up against interior offensive linemen, slicing through the A- and B-gaps to pressure Brady.

Left tackle Nate Solder also will need to step up after struggling at times against the New Orleans Saints in Week 2.

— If the Patriots’ O-line can keep Brady upright, he should have the advantage against a Texans secondary that lost both of its starting cornerbacks to injury last Thursday. Johnathan Joseph’s shoulder injury reportedly was minor, but Kevin Johnson is expected to miss the next four to six weeks after spraining his MCL.

Expect slot corner Kareem Jackson — who had eight tackles, a sack and a forced fumble against Cincinnati in what Texans coach Bill O’Brien called “one of the best games he?s had since I?ve been here” — to play a more prominent role with Johnson out. 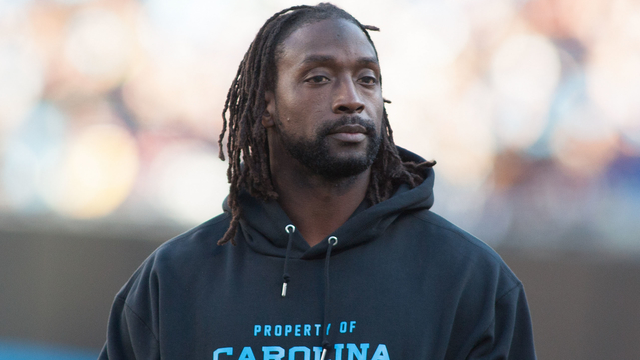 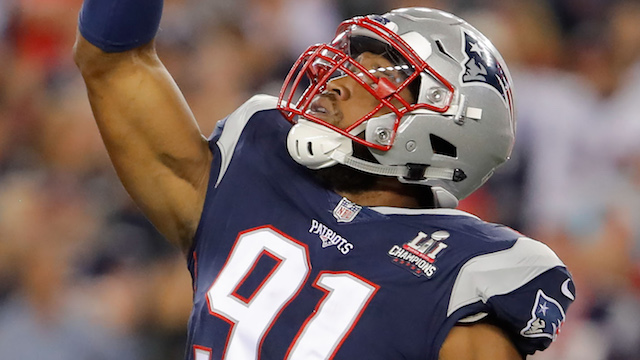