How Did Patriots' Defense Seemingly Turn Around Its Season Vs. Falcons? - NESN.com Skip to content

FOXBORO, Mass. — The New England Patriots held what’s supposed to be one of the NFL’s premier offenses to seven points and under 350 yards. So, is the Patriots’ defense, which looked atrocious at one point this season, good? Are the Atlanta Falcons’ severely overrated? Or is it a combination of both?

Of course, it’s the latter, but there’s reason for Patriots fans to be excited after watching how their defense has played over the last three weeks and especially after the team beat the Falcons 23-7 on Sunday night. They’ve limited opposing teams to just 38 total points in that time. They’ve gone from last in the NFL in points allowed to 24th in just three games.

The unit isn’t perfect, and they’ll admit that, but anyone who believes this Patriots team, despite how the defense looked in the first four weeks of the season, isn’t one of the best in the NFL doesn’t know what they’re watching.

So, what changed? How’d they go from worst to … we’ll hesitantly say average?

“I would just say we’re starting to do our job,” safety Duron Harmon said. “More consistent — that’s the only thing I can really say, just consistency. Our consistency is a lot better, whether it’s calling the plays, our techniques, communications, just everything is more consistent, and that allows us to play faster.”

If it only took three weeks for the Patriots’ defense to go from embarrassing itself at home against the Carolina Panthers in a 36-33 loss to beating the Falcons 23-7, was it ever as bad as it seemed?

“It was just big plays. It was everything we didn’t want to do, we did those weeks. We learned from it. We’re continuing to try to learn from it, and we’re just trying to build on it, build from it.”

This is how the Patriots’ defense was supposed to play coming into the 2017 season. They appeared to upgrade at all three levels of their defense over the offseason, but they certainly didn’t show it in the first four weeks. Perhaps what could be looked at as either promising or frightening is the fact that the Patriots’ defense played as well as it did in Week 7 without prized cornerback Stephon Gilmore and Eric Rowe, who was supposed to serve as the team’s No. 3 cornerback heading into the season.

In their place was special-teamer Johnson Bademosi, safety Patrick Chung and No. 4 cornerback Jonathan Jones. Would the defense have played as well with Gilmore in for Bademosi? Would they have played better? Only time will tell because the Patriots didn’t pay Gilmore $65 million to sit on the bench.

Perhaps what’s most promising about the Patriots’ defensive effort is they’re still not content. The Patriots’ defenders seemed more pleased with how they played in Weeks 5 and 6 — when they let up 14 points to the Tampa Bay Buccaneers and 17 points to the New York Jets — than they did Sunday night. They believe they can play better.

“It’s not perfect,” Harmon said. “We still left some plays out there. We still did some things we know we need to learn from, but I just feel like the energy we played with, the excitement, how fast, physical we played kind of covered up a lot of the mistakes we did, and we just have to build on that.” 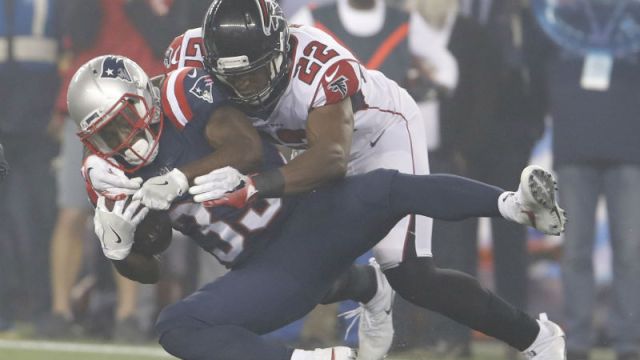 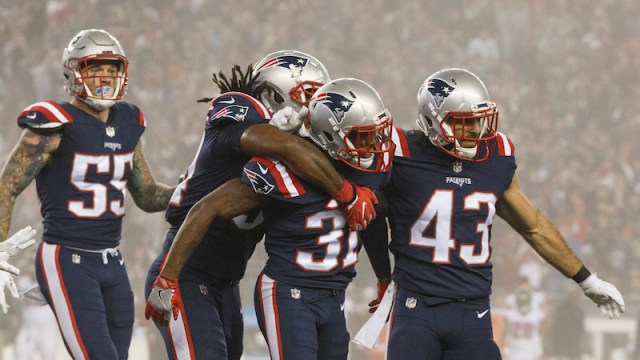