It's Officially Time To Worry About Patriots' NFL-Worst Defense After Panthers Loss - NESN.com Skip to content

FOXBORO, Mass. — After their season-opening loss to the Kansas City Chiefs, New England Patriots leaders on both sides of the ball spoke about the need for more focus, more mental toughness.

The offense got the message. The defense, up to this point, has not.

New England turned in another woeful defensive performance Sunday at Gillette Stadium, losing 33-30 to a Carolina Panthers team that had managed just three total touchdowns over its first three games.

The Patriots, who now sit at 2-2, with both losses coming at home, have allowed 30 or more points in three of their four games and rank dead last in the NFL in several important defensive categories, including points allowed and total defense.

“It’s bad,” Patriots safety and co-captain Devin McCourty said after the game. “We’re letting our team down and not playing good football. If we can’t play somewhat decent defense, it’s going to be hard to win games.”

The way McCourty and the rest of the Patriots’ secondary have performed this season is particularly alarming. Continuing a trend that began in Week 1, they allowed five pass plays of more than 20 yards on Sunday, including a 43-yarder and a 39-yarder to Kelvin Benjamin, who was left wide open on both plays.

On Cam Newton’s second-quarter touchdown pass to running back Fozzy Whittaker, Whittaker caught the ball 5 yards behind the line of scrimmage and was able to gallop 34 yards into the end zone without being touched by a single Patriots defender.

McCourty and cornerback Stephon Gilmore both followed Christian McCaffrey in motion before the snap, making them look like, in McCourty’s words, “a couple idiots out there.”

“It was a bad play,” McCourty said.

Newton, who ranked last in the NFL in completion percentage last season, finished 22-of-29 passing for 316 yards, throwing for three touchdowns and running for another.

The type of communication breakdown seen on Whittaker’s score has been far too prevalent this season for a defensive backfield that returned all but one player from last year. The lone newcomer, Gilmore, who replaced the departed Logan Ryan, signed a $65 million contract but thus far has not looked deserving of it.

In addition to multiple coverage breakdowns, many of which appeared to be the result of miscommunication, Gilmore has committed four penalties over the last two games, including one that wiped away a third-down sack on Carolina’s final possession. Eight plays later, Graham Gano’s 48-yard field goal won the game for the Panthers.

Gilmore hasn’t been the only problem, though. As safety Duron Harmon said, the entire secondary — which before the season was hyped up as one of the NFL’s best — has been a mess.

?We all didn?t play the way we needed to play,” said Harmon, who is in his first season as a Patriots co-captain. “It takes 11 (players) to play great defense, and we just really all — from the top of the defense to the bottom of the defense — we really just need to look at ourselves. I mean, we?ve given up 30 points in three of the four games. So we?ve got to get going, and we?ve got to get going now.?

Added cornerback Malcolm Butler, who had an interception Sunday but also allowed a touchdown to Devin Funchess: “We?re beating ourselves. We lost the game ourselves. It was nothing Carolina was doing. Basically, we beat ourselves. Penalties — we?ve just got to do better overall. Everywhere. Every area.?

That team wasn’t giving up 32 points per game, though. The Patriots need to remedy their issues on defense, and they need to do so quickly. 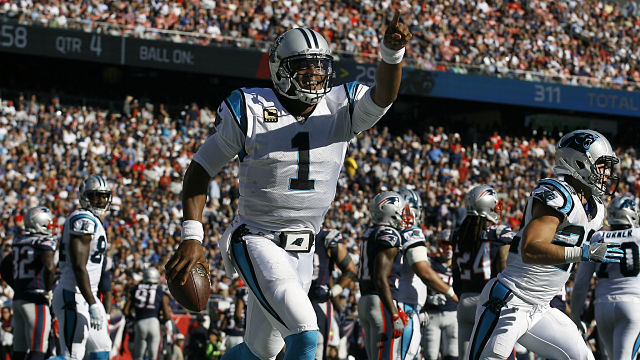 Cam Newton Reemerges As Superman With Dazzling Performance Vs. Patriots 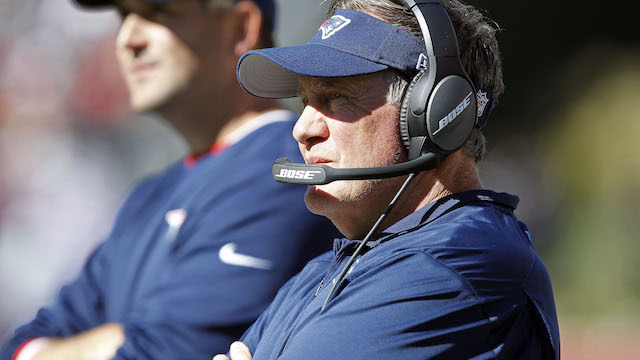