There’s an alternate universe where New Englanders have to choose between being Patriots fans and Tom Brady fans. In this alternate universe, Jimmy Garoppolo is the starting quarterback for the Patriots, and Brady is — well, let’s just say he went back to play for his hometown San Francisco 49ers.

In the actual universe — the one we’re all really living in — the opposite will be true for the foreseeable future. There will be no divide like there was in Indianapolis between Colts fans and Peyton Manning supporters who wore blue and orange jerseys for a few years. Garoppolo is headed to the 49ers and Brady seems set to stick around in New England until the wheels fall off — or if the wheels fall off.

Brady is 40 years old and completing 66.7 percent of his passes for 2,541 yards with 16 touchdowns and just two interceptions. He is not playing like a 40-year-old quarterback. He’s playing like a quarterback with three-to-four years left in his body. And that’s what the Patriots are banking on by trading Garoppolo.

The Patriots dealt one young backup, Jacoby Brissett, to the Indianapolis Colts in September, and the other, Garoppolo, to the 49ers at the trade deadline. They currently have no backup. Brady is the past, present and future.

Though Patriots fans are wondering if their team could have received more by trading Garoppolo during the offseason — either last or next — the deal does save them the anxiety and grief of picturing Brady playing snaps in another team’s uniform. It seems inevitable that Brady will finish his career with the Patriots.

And for any conspiracy theorists who believed Brady would hang up his cleats if he won another Super Bowl. Think again. There’s no way the Patriots pull off this trade without knowing Brady is being serious when he says he wants to keep playing into his mid-40s.

It’s a risky move for the Patriots to deal away their backup when their starter is 40 years old. But Garoppolo was entering the last year of his contract, and while the idea was floated out there that the Patriots would either try to extend or franchise Garoppolo, they might not have had the cap room to do so while still maintaining a high-end team full of middle-class salaries.

It wouldn’t be shocking if the Patriots used another second-round pick — either the 49ers’ or their own — on a quarterback in the 2018 NFL Draft. For now, it seems Brian Hoyer, just released by the 49ers, will be back in a Patriots uniform to serve as the No. 2 to close out 2017.

The Patriots have made a habit of grooming backups as far back as 2002, when they grabbed Rohan Davey in the fourth round. They’ve since gone through Kliff Kingsbury, Matt Cassel, Kevin O’Connell, Hoyer, Zac Robinson, Ryan Mallett, Garoppolo and Brissett. And they’ll almost certainly bring in another that we’ll deem the starter of the future in next year’s draft.

The Patriots haven’t drafted the starter of the future yet because Brady continues to do the improbable. It’s a good bet that will continue. 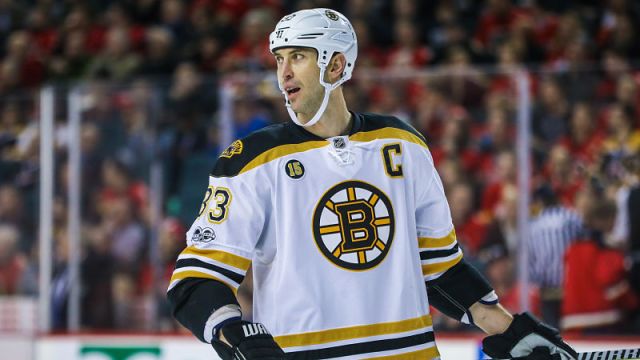 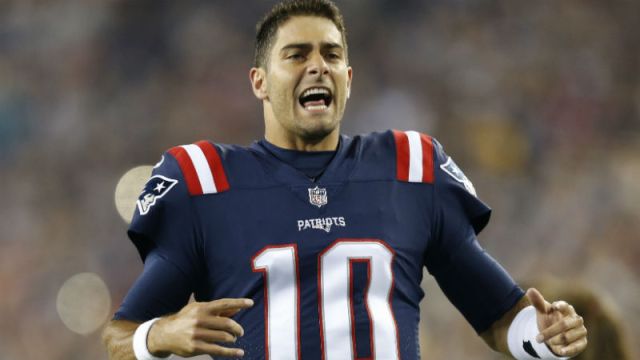