Why do the New York Jets play the New England Patriots close despite usually being a pretty cruddy team? Oh, because it’s a divisional game. What difference does that make? The Buffalo Bills have been atrocious against the Patriots over the years.

Perhaps some things just can’t be fully explained, but despite how bad the Jets probably are this season, 3-2 record or not, Sunday’s game at MetLife Stadium could be close. It is a divisional game, after all.

Let’s get started. Most vulnerable roster spot?
— @Fourrings
Despite all of the praise Bill Belichick and Patriots defenders heaped on him, it still has to be veteran linebacker David Harris.

Out of the 51 players who have actually seen the field this season, Harris has the fewest total snaps with seven.

Quarterback Jimmy Garoppolo, defensive tackle Vincent Valentine (who’s now on injured reserve) and undrafted rookie offensive lineman Cole Croston are the only players who have been on the 53-man roster and not taken a snap yet. It seems unlikely the Patriots would release Croston since they stashed him on their roster through cutdowns because they didn’t want to expose him to waivers. Why would that change less than two months later when players are more banged up? And it seems even more unlikely they would release Garoppolo because that would be really dumb.

Harris still could see significant defensive snaps in certain games. One game we’re circling is Week 10 against the Denver Broncos because they’re a run-heavy team without a mobile quarterback. That seems well-suited for Harris’ skill set.

But there’s also a possibility Harris will be gone when Patriots players on injured reserve are eligible to be activated after Week 8. Linebacker Shea McClellin undoubtedly would play more snaps on defense and special teams than Harris.

so who comes back from IR and who gets released to make room
— @SirakBiratu
So, this is a really good question. And it was one helluva segue.

I wanted to wait until Week 8 to fully address which two players the Patriots will (or should) bring off of injured when they’re allowed in Week 9.

The Patriots’ options are McClellin, wide receiver Malcolm Mitchell and defensive tackle Vincent Valentine. One of those players will be out for the season. All three regularly are spotted in the Patriots’ locker room.

Mitchell has the upside to be the most impactful and productive of those three players, but the Patriots don’t really need a wide receiver right now with Chris Hogan, Brandin Cooks, Danny Amendola and Phillip Dorsett healthy and talented. It certainly wouldn’t be a bad idea to carry extra insurance at receiver given Amendola’s injury history, but it’s not necessary right now.

McClellin can play linebacker or on the edge, and the Patriots have needs at one or both positions depending on where Dont’a Hightower lines up moving forward. Having another player like McClellin on defense would give the Patriots valuable options to sub in for players who currently are struggling in the Patriots’ front seven.

Defensive tackle wasn’t an obvious need until Alan Branch was left home and declared a healthy scratch in Week 5. If Branch can get back in the defensive-line rotation, then Valentine probably is the guy who doesn’t play this season. But if Branch can’t get his conditioning or production up by Week 10 (the Patriots have a Week 9 bye), then Valentine is needed.

The Patriots have to do everything they can to get Branch back in the middle of their defense, so I’ll say Mitchell and McClellin wind up getting activated. Even if Amendola doesn’t get injured this season, Mitchell would help reduce his snaps.

Did the patriots make a mistake by not resigning Blount, Bennett, and Sheard? Not sure how the money matches up but their replacements all cost draft picks and so far have not played nearly as well as those 3.
— @ChefdDds89
We’re only five games into the season, but I think there are a lot of Patriots offseason acquisitions to question at this juncture.

They traded for tight end Dwayne Allen rather than re-signing Martellus Bennett.

They traded for defensive end Kony Ealy and drafted Derek Rivers and Deatrich Wise rather than re-signing Chris Long and Jabaal Sheard.

None of those moves worked out perfectly. Gilmore has struggled with communication, while Ryan never did. The Patriots felt they needed a No. 1 cornerback when they eventually don’t bring back Malcolm Butler, however, and Ryan was never going to be that player in New England.

If they could do it again, it would have been smart to re-sign Bennett. Allen’s cap hit is actually higher than Bennett’s this season, and Bennett was a legitimate No. 1B tight end to Rob Gronkowski in the Patriots’ offense. He also singlehandedly made Whitney Houston’s “I Wanna Dance With Somebody” relevant again, so that was fun.

Burkhead has been limited with a rib injury, and while Gillislee was solid early in the red zone, he’s averaging 3.6 yards per carry and hasn’t ripped off a long run yet. Meanwhile, Blount is picking up where he left off in the first half of last season. We reckon Gillislee and Burkhead will be better in the second half of the 2017 season, however.

The Patriots wound up releasing Ealy, Rivers tore his ACL, and Wise has been a nice surprise. Sheard has been great with the Indianapolis Colts, but he was given the Branch treatment last season and probably wasn’t coming back regardless. Long chose not to return to the Patriots.

Let’s wait and see how these offseason acquisitions look at the end of the year.

Which unit will improve faster OLine or Secondary? #maildoug
— @HeyyJM
Secondary. There are more obvious fixes to the issues we’re seeing. The Patriots took a nice first step in Week 5 by actually covering every receiver on most plays.

Do you think the patriots make a trade at tight end? it may sound crazy but I do not trust Gronk to stay healthy all season.
— @breakthewall915
I vowed to stop getting excited about Patriots practice squad players, but I’m ready to break that over Will Tye. He looked like a legit NFL tight end with the New York Giants. He could step up if the Patriots need one.

Do you think Elijah McGuire has a big game against the Pats? #MailDoug
— @StephenPorier
The Patriots’ front seven has been gashed by running backs this season, so, yeah, some guy named Elijah McGuire will probably continue the trend.

#MailDoug Curious why you didn’t become a rocket scientist, doctor, or titan of Wall Street?
— @MrQuindazzi
I was bad at the school.

Can Laurence Maroney still play?
— @CastigFan1337
Could he ever?

How good would Bill Belichick be at fantasy football?
— @Pats_Sox_Cs
Based on his public persona? Bad, because he claims not to care about stats.

I’ll bet he’d be pretty nasty at it, though.

Would you consider resting TB12 in “easier games? (even though there are no easy games in the NFL)? Helping w/ injuries, and we have Jimmy.
— @carlmarcuslewin
No.

Gonna be Friday the 13th this week, you superstitious? #MailDoug
— @Kid_From_Quincy
No, I like Friday the 13th. Let’s watch Jason movies, break some glass, walk under ladders and have black cats run in front of us.

@DougKyed Having covered Danny Amendola for several years, were you offended by Brady?s comment that Danny is ?uncoverable?? #MailDoug
— @brentustick
Well, if I’m being totally honest, he’s never been a particularly good quote, so no.

What are you gonna be for Halloween this year?
— @KazerTazer
A beat writer covering the NFL trade deadline.

Apparently there's another color argument related to this shoe? My friends who are dumb idiots see white and pink. I see grey and teal. pic.twitter.com/Dbc5ujfAWO

The shoes are actually pink and white, but the picture makes them look grey and teal.

@DougKyed what?s up my guy?
— @Peace_Gerald
Just watching “Thursday Night Football” and hoping my baby daughter sleeps for a little while longer.

Can the Patriots paint their helmets white to go throwback with the new rule? #DontIgnoreMeTBH
— @TheDTSB
I don’t know, tbh. Probably not.

At least I didn’t ignore you. 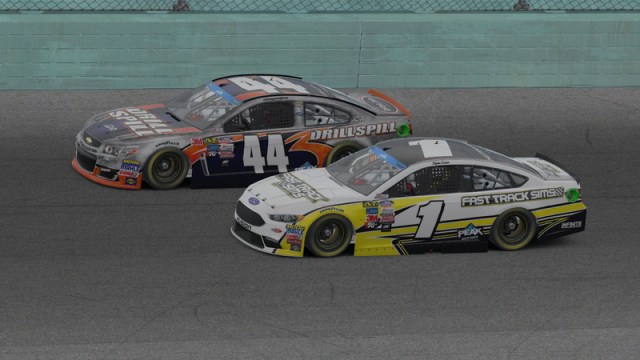 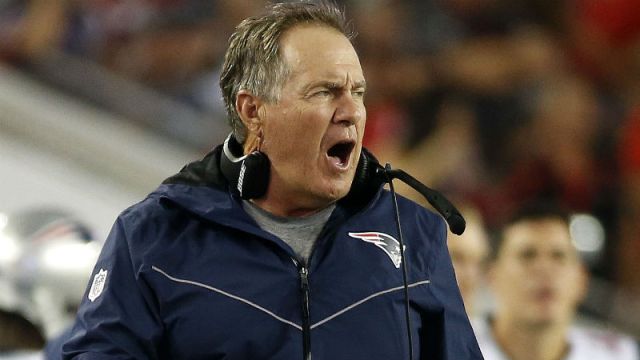