FOXBORO, Mass. — Some notes and nuggets from the New England Patriots’ 33-30 loss to the Carolina Panthers on Sunday, their second home loss already this season:

— We covered the myriad issues currently plaguing the Patriots’ secondary in three separate stories, which you can read here, here and here. But some postgame quotes from Patriots defensive backs that didn’t make it into those articles were too good not to share.

Here are a few of the leftovers:

Safety Devin McCourty: “We’ve been putting our offense in a shootout every week. It’s almost like they have to get seven or three points on (every) drive, so I’m sure they must be frustrated with our defense.”

Cornerback Malcolm Butler: “Basically, everybody?s not on the same page. We?ve just got to stick together, keep working hard and keep communicating. It starts at practice, so we?ll get it done.?

Butler: ?Put the tape on. The tape?s not going to lie to you. It?s going to hurt your feelings, but that?s what it takes to make you a better player and make you play better the next game.”

— McCourty was asked point-blank if the Patriots miss cornerback Logan Ryan, who signed with the Tennessee Titans in free agency this past offseason.

Ryan signed a three-year, $30 million contract with the Titans after the Patriots brought in Stephon Gilmore on a five-year, $65 million deal. If Gilmore’s play does not improve — he struggled again Sunday — they could end up regretting that decision.

— Though the defense will receive most of the publicity following this game, and rightfully so, there were a few positives to take away from the way New England’s offense performed.

One standout was wide receiver Danny Amendola, who came through with several clutch catches — the type he’s been known for throughout his Patriots career.

With New England trailing by seven late in the fourth quarter, quarterback Tom Brady targeted Amendola three times on a 10-play drive, including once on third-and-3 and once on fourth-and-goal from the 1. The results: first down, first down, game-tying touchdown.

“I have a ton of confidence in him,” Brady said of the 31-year-old wideout. “You know, I always have. It?s just, it always keeps growing. I mean, we?ve played together for a long time, and he?s such a clutch player. He made a great catch there at the end, really got a lot of separation from the safety and that was a play we needed at the time. He played great all day.”

— Linebacker Elandon Roberts and Eric Rowe both left the game with ankle and groin injuries, respectively, and did not return.

Rowe confirmed his injury was an aggravation of the one he suffered two weeks ago in New Orleans — an injury that kept him out of last Sunday’s win over the Houston Texans.

“It’s frustrating,” said Rowe, who added that he felt fully healthy entering Sunday. “Just trying to stay on top of it, and things happen.”

Surely adding to that frustration is the fact that Rowe had replaced Gilmore in New England’s starting lineup just seconds earlier. He started the second half opposite Malcolm Butler, then went down on the very first play of the third quarter.

Rowe leapfrogged Butler on the depth chart in Week 2 but was forced to leave that game with an injury, as well.

Veteran linebacker David Harris was a healthy scratch for the game, forcing the Patriots to turn to special teamer Marquis Flowers to fill Roberts’ spot. Flowers had played just four defensive snaps since the beginning of last season entering Sunday.

Harris’ scratch begs the question of why he even is on the Patriots’ 53-man roster. The former New York Jet has played just seven snaps all season.

— Stephen Gostkowski buried a 58-yard field goal in the final moments of the first half — the longest kick of his career and the longest in franchise history.

“It?s one of those kicks where it?s like you have nothing to lose,” Gostkowski said. “You?re not expected to make it, so you kind of have a different attitude going out there. It was set up nice, the wind was behind my back and it was a nice day, but it kind of feels like a foul ball though because we wound up losing. It took the wind out of my sails.? 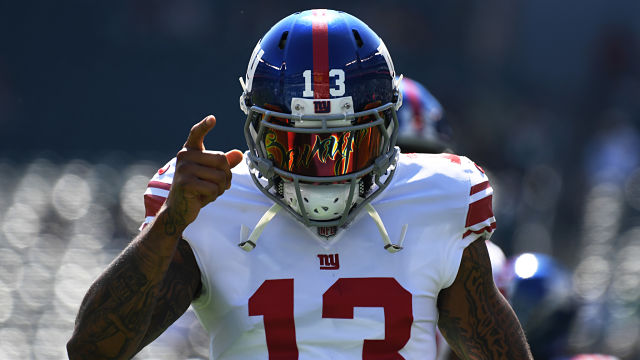 Watch Odell Beckham Jr. Have Finger Popped Back Into Place In Gross Video 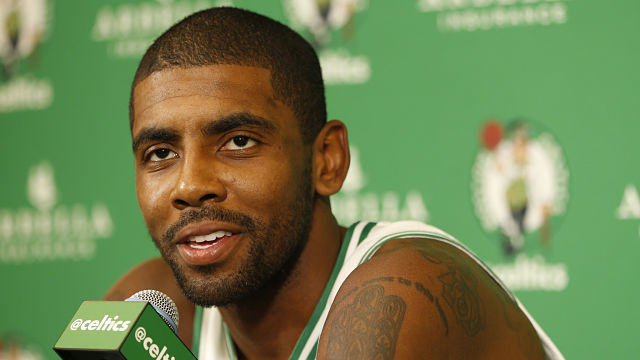