Scouting The Buccaneers: What Can Patriots Expect From Jameis Winston And Co.? - NESN.com Skip to content

The New England Patriots needed to be “on to Tampa Bay” quicker than usual after their last-second loss to the Carolina Panthers on Sunday.

The 2-2 Patriots will visit the 2-1 Buccaneers on “Thursday Night Football” this week, giving both teams just three days off between games.

As Bill Belichick’s squad scrambles to familiarize itself with its next opponent, let’s do the same. Here’s a quick look at what to expect from the Buccaneers:

OFFENSE
— The Bucs only scored 25 points in Sunday’s last-second win over the New York Giants, but quarterback Jameis Winston had easily his best game of the season, completing 22 of 38 passes for 332 yards and three touchdowns with no interceptions. That last stat was particularly encouraging for Tampa Bay, as Winston’s propensity for turning the ball over has been one of his biggest weaknesses since turning pro in 2015.

— Winston and Co. gashed the Giants for six plays of 25 or more yards, including a 58-yard touchdown pass to tight end O.J. Howard, 30-plus-yard completions to tight end Cameron Brate and receivers Mike Evans and Adam Humphries, and a 36-yard run by running back Jacquizz Rodgers.

After watching the Patriots give up big play after big play against the Panthers, the explosive potential of this Buccaneers offense certainly is concerning.

— Evans is one of the NFL’s elite receivers, and he’s been Winston’s favorite target this season, leading the Bucs with 19 receptions on 32 targets for 227 yards and two touchdowns through three games. (Remember, Tampa Bay had an unexpected bye in Week 1 thanks to Hurricane Irma.)

Free-agent acquisition DeSean Jackson has played a smaller role, catching just nine passes thus far. The 30-year-old remains a dangerous deep threat, though, as evidenced by his 15.9 yards per reception. After Jackson caught just two passes for 6 yards Sunday, Bucs coach Dirk Koetter said: “DeSean should be frustrated, because DeSean is an elite player in this league, and we didn’t get him the ball.”

— The Bucs will have running back Doug Martin back from suspension this week. Rodgers was Tampa Bay’s top ball-carrier in Martin’s absence, averaging 4.1 yards per rush on 40 attempts.

DEFENSE
— Despite playing against three relatively immobile quarterbacks in Mike Glennon, Case Keenum and Eli Manning, Tampa Bay’s defense has managed just one sack all season. Every other NFL team has at least four. The Bucs have hit opposing QBs 16 times, with defensive tackle Gerald McCoy supplying six of those.

— McCoy, a three-time All-Pro and a Pro Bowler in each of the last five seasons, is the star of the Buccaneers’ defense. Along with his six QB hits, the 29-year-old also has 11 tackles and a team-high five tackles for loss.

Keeping McCoy away from Tom Brady will be the No. 1 priority this week for Patriots center David Andrews and guards Joe Thuney and Shaq Mason.

— Veteran cornerback Brent Grimes has been solid this season when healthy. He missed Week 3 but returned for the Giants game and fared well against star wideout Odell Beckham Jr. On the other side, it’s been a different story, as 2016 first-round pick Vernon Hargreaves has struggled in his second pro season.

PFF has Hargreaves graded as the 95th-best cornerback in the NFL this season, while Grimes ranks much higher at No. 24.

SPECIAL TEAMS
— Roberto Aguayo is long gone, but the Bucs still have a kicking problem. Nick Folk missed two field goals (from 46 and 49 yards) and an extra point Sunday, though he did atone for his miscues by drilling a game-winning 34-yarder as time expired. 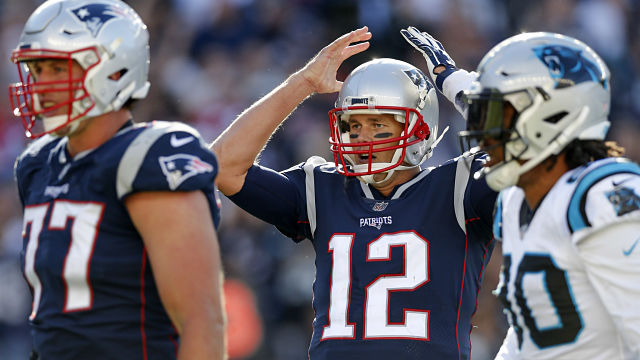 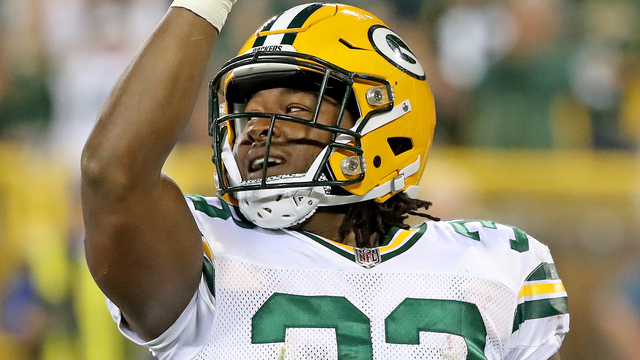 Week 5 Waiver Wire: Which Fill-Ins For Injured Stars Are Worth Adding?