Let’s get this out of the way first: The New York Jets are not a great football team. They’re probably not even good. But, in a major surprise, they’re also not terribly, laughably bad, which most everyone assumed they would be entering this season.

The Jets, who were viewed as a legitimate 0-16 threat this summer, sit at 3-2 as we enter Week 6, locked in a three-way tie with the Buffalo Bills and the New England Patriots for first place in the AFC East.

Yes, you read that right: More than a month into the season, the powerhouse Patriots have the same record as the Jets, who purged their roster of veteran talent this past offseason and currently are employing journeyman Josh McCown as their starting quarterback.

Patriots coach Bill Belichick, who has no love for the Jets organization, tipped his cap to Todd Bowles’ club during his Monday conference call.

“You?ve got to be impressed with what the Jets have done,” Belichick said.

What the Jets have done is reel off three consecutive wins after starting 0-2 to pull above .500 for the first time since the 2015 season. They crushed Jay Cutler and the Miami Dolphins 20-6, edged a streaky Jacksonville Jaguars team 23-20 in overtime and put away the still-winless Cleveland Browns by a final score of 17-14.

Impressive résumé? Not exactly, though that Jaguars win will look a lot better if Jacksonville continues to blow opponents out. But teams don’t pick their schedules, and the Jets have done a solid job with the one they were given.

“They?ve had three weeks in a row that they?ve played well,” Belichick said. “They?ve done a good job offensively, defensively and in the kicking game. They?ve made some big plays in all three areas, don?t turn the ball over, play good defense, play well on special teams. …

“Again, I have a lot of respect for Coach Bowles and the job that he does down there and the way that they?ve been playing.”

The Patriots obviously will be the toughest test yet for Bowles, McCown and Co. New England hasn’t lived up to its sky-high preseason expectations thus far, especially on defense, but the two teams it’s lost to have a combined record of 9-1. The Pats still are the team to beat in the AFC East and probably the conference’s second-best squad behind the Kansas City Chiefs.

So do the Jets have a chance on Sunday? History suggests it at least will be a close game. Though the Patriots blew out the Jets 41-3 near the tail end of last season, each of the previous seven meetings between the longtime rivals was decided by seven points or fewer, with two of those games needing overtime.

“It?s always tough with the Jets,” Belichick said. “It?ll be tough this week.”

Bruins Unable To Capitalize On Scoring Chances In Loss To Avalanche 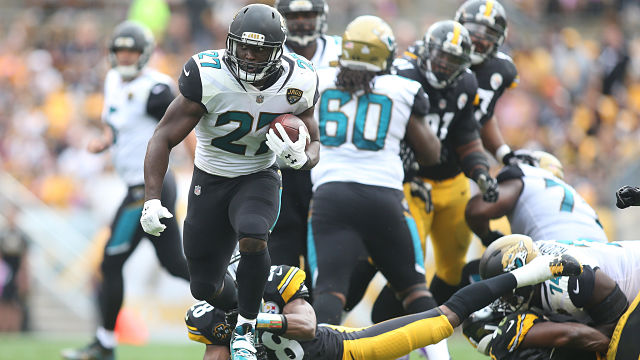