MEXICO CITY — What New England Patriots wide receiver Brandin Cooks has lacked in consistency this season, he has more than made up for in flash.

Cooks, whose speed may be described by Oakland Raiders defensive backs as superhero-esque after Sunday’s performance, caught six passes for 149 yards with a touchdown. He sprinted down the field for two receptions on deep balls from Brady after his quarterback missed him on a bomb early in the second quarter.

Cooks flipped the field on a 50-yard reception with 8:55 left in the second quarter that ultimately led to a Danny Amendola touchdown reception.

Cooks delivered a dagger on the Patriots’ first drive of the second half on a 64-yard touchdown. The score put the Patriots ahead 24-0. They ultimately beat the Raiders 33-8, their second straight 25-point win.

“Coaches called a great play,” Cooks said. “It was the type of coverage we were looking for, and Tom put a great ball out there. It was executed.”

When Cooks was traded to the Patriots from the New Orleans Saints, these were the types of games that were expected out of the speedy receiver. It’s unreasonable to expect Cooks to put up almost 150 yards every game, but he can change the course of a game with one play. And there doesn’t seem to be any defensive back in the NFL who can catch up to him.

So, is this what Cooks was envisioning when he was dealt to New England?

“As long as we’re winning, that’s all that matters,” Cooks said.

That quote might surprise and anger some Saints fans, who remember Cooks saying “closed mouths don’t get fed” after a Saints win last season in which he had no receptions. Patriots head coach Bill Belichick calling Cooks “unselfish” might also trigger them emotionally.

“Brandin’s been a great player for us all year,” Belichick said. “He does whatever he’s asked to do. He’s always ready to go. He’s got great endurance, stamina, speed. Whether he’s asked to block, run short routes, run deep routes, clear out, catch and run plays. He’s willing to do whatever he needs to do, and he works very hard to do it well.

“Nobody works harder than Brandin (on timing with the quarterback). He’s very unselfish, a great teammate. We’re fortunate to have him on our team.”

He’s on pace for a  72-reception, 1,258-yard, six-touchdown season. And while there are times he’ll produce less than 50 yards in a given game, there’s always a breakout potential with Cooks.

And as for the altitude in Mexico City. Did it effect Cooks?

“I can’t recall,” he said after Sunday’s win. 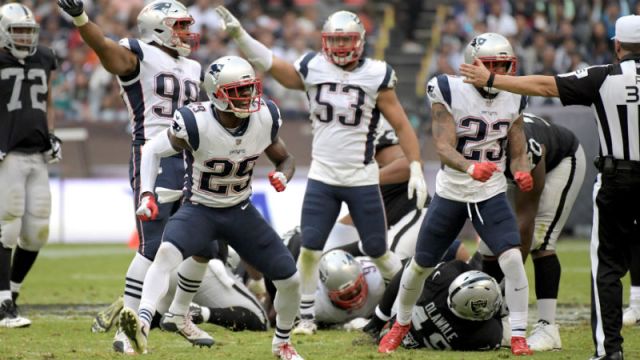 Time To Start Respecting Patriots’ Defense After Rout Of Raiders 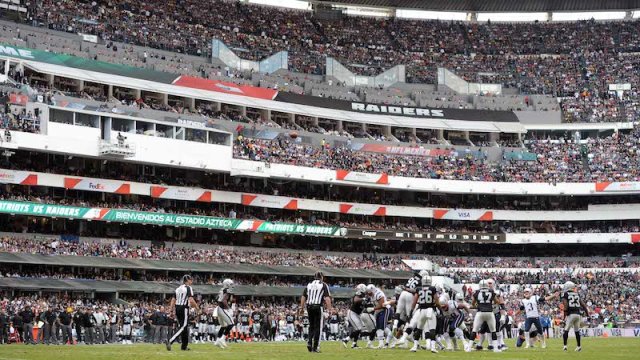