Bruins Back In Playoff Mix, Trending Up After Strong Showing Vs. Contenders - NESN.com Skip to content

BOSTON — Two weeks ago the  Bruins had lost four straight games and ranked 14th out of 16 Eastern Conference teams in point pace. The team was ravaged by injuries, the offense wasn’t scoring and a brutal schedule to close November lay ahead.

The B’s needed to answer the bell and fight through adversity to remain in playoff contention, and they’ve done just that by winning five of their last six games.

The most impressive part of this turnaround is the quality of opponents Boston is beating. The B’s have wins over five teams currently in a playoff spot during that stretch, including victories over the two-time defending champion Pittsburgh Penguins and Wednesday night’s 3-2 triumph over the first-place Tampa Bay Lightning at TD Garden.

“We want to continue to get better and I think we?ve done it, the last little bit,” Bruins forward Brad Marchand said after beating the Lightning. “You?re really seeing guys come into their own and really stepping up. And we need that going forward. And when we get more guys back, it?s going to help us even more. We?re going to be playing good hockey. It?s fun to watch.”

Goaltending and defense have been key to the Bruins’ recent success. They’ve allowed two goals or fewer in four of the last six games, and they’ve received tremendous performances from backup goalie Anton Khudobin, who ranks fourth in the league with a .932 save percentage. No. 1 netminder Tuukka Rask also responded with a better effort versus the Lightning, snapping a four-game skid with 19 saves against the second-highest scoring offense in the league.

“(Rask) was awesome. We believe in him so much. You ask any guy on this team, we believe in Tuukka,” Bruins defenseman Charlie McAvoy said. “And it?s a little bit of us not playing as good as we should in front of him, allowing him to not get as many wins as he deserves.

“But (Wednesday) he really played great hockey. In the second he made a highlight-reel save there, and in the third, some saves that he might have made look easy, but they?re not. Some good deflections and shots through screens, so he kept us in it. Good for him, and good for the group to get two points there.”

The Bruins’ surge up the standings, combined with Atlantic Division rivals the Detroit Red Wings and Ottawa Senators both on lengthy skids of five and seven games, respectively, has launched them into a playoff spot as the third-place team in the division.

It’s not a bad spot to be in as valuable players such as Marchand, David Backes, Ryan Spooner and David Krejci work their way back from injuries.

“Considering the guys that have been out and how little we?ve had our whole team this year, if we?ve had at all, we?re sitting all right,” Marchand said.

“There?s no excuses regardless. We have to win games. We have to find ways to win. And you need to stay up there in the standings. Again, when we get our whole team back and we?re all healthy, we?re going to be good. And we want to keep pushing until that?s the case.” 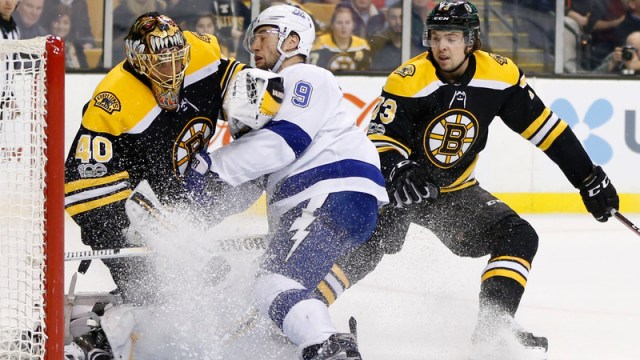 Tuukka Rask, Confident Despite Struggles, Pleased With Win Over Lightning 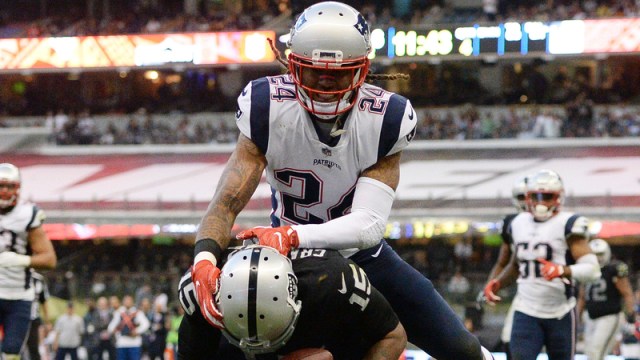 How Are Ex-Bills On Patriots Performing Leading Up to Week 13 Matchup?