It’s no secret that the Boston Bruins are undermanned.

Boston has been depleted by a multitude of key injuries early in the 2017-18 campaign, and although the Bruins had picked up at least a point in seven of their last eight games coming into Wednesday, the B’s were bound to get worn down.

They looked that way in a 4-2 loss to the New York Rangers on Wednesday night at Madison Square Garden.

Boston was outmatched from opening puck drop in New York. The Rangers looked like the more physical team in the first period, as they were more aggressive in crashing the net and outshot the Bruins 16-7.

The B’s were unable to get the puck out of their defensive zone in the first period, and David Pastrnak was the only member who provided offense in the opening frame. The star winger scored a nifty goal to tie the game, but the Rangers scored two more times in the period to give New York a 3-1 lead.

Unfortunately for the Bruins, the second period was more of the same.

Boston continued to lose puck battles and was unable to get any sort of sustained success going in the offensive zone.

Without Brad Marchand (upper body), David Krejci (back), Ryan Spooner (groin) and David Backes (colon surgery) the Bruins struggled to claw their way back from an early two-goal hole in a game that looked eerily similar to last week’s loss to the Washington Capitals.

The Bruins are entering a rough part of their schedule, as they will face the rival Toronto Maple Leafs in a home-and-home series starting Friday before heading out on a four-game road trip.

While the young players have shown flashes of brilliance, Boston could begin to wear down in November as it waits for its veteran forwards to get healthy.

Here are more notes from Bruins-Rangers:

— The Bruins launched 68 shots in Wednesday’s loss, but only 33 hit the target. The Rangers, on the other hand, had 56 shots on goal.

— Bruce Cassidy changed his defensive lineup during the game. Torey Krug moved up to play with Kevan Miller, while Brandon Carlo went down to play with Rob O’Gara. 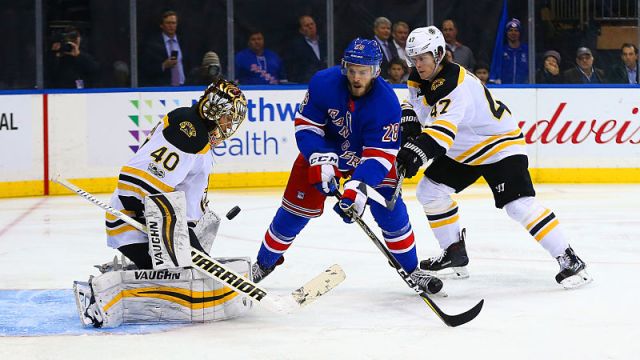 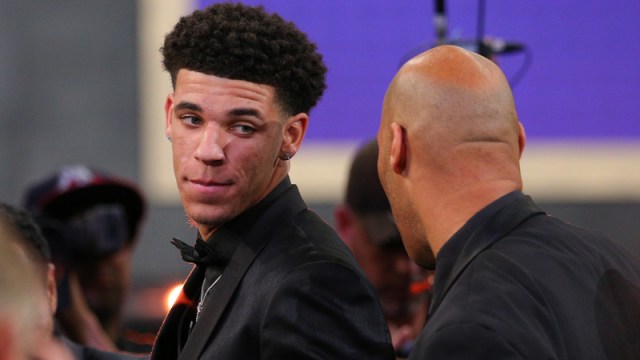