BOSTON — The Boston Celtics will be without one of theirÂ most important players for Wednesday night’s home game against the Los Angeles Lakers, and possibly longer than that.

C’s forward/center Al Horford is in the NBA’s concussion protocol, the team announced Wednesday. He was hit in the head by Kent Bazemore during Monday night’s win over the Atlanta Hawks.

“He felt pretty good there and then experienced some symptoms,” Stevens said before the Celtics’Â matchup with the Lakers at TD Garden. “We wanted to make sure we obviously monitored it for a couple of days. So heâ€™ll be entered into the protocol. I donâ€™t know exactly what the next steps will be.â€

The Celtics’ official statement on Horford said he first experienced symptoms linked to a potential concussion Wednesday morning. Stevens said “it was described as a headache toÂ me. But I don’t know if there were additional symptoms.”

Marcus Morris will start at power forward in Horford’s place versus the Lakers. If HorfordÂ misses additional games, it’s possible Daniel Theis could start in that position, or even rookie Jayson Tatum, who started at power forward in the season opener against the Cleveland Cavaliers.

Tatum is shooting an impressive 52.9 percent from 3-point range through 11 games, so expect hisÂ minutes to go up in Horford’s absence. That said, filling the production of a valuable veteran is a lot to ask of a rookie, so C’s veterans such as Morris and Aron Baynes will need to step up.

Regardless, replacing Horford will be a team task, not the challenge of only one guy.

“I don’t expect anybody to be Al. We have to replace what he does by committee,” Stevens said. “We can’t expect anybody to play like him or be like him at both ends of the floor. We just have to make sure that if he’s averaging nine rebounds, we have to get nine rebounds out of that spot. If he’s scoring the ball for us at a clip, we either got to score in that spot or around a little bitÂ more.

“We’ve been good about focusing on the task at hand, and guys being prepared and ready. There’s no question he’s a big part of our team on both ends.” 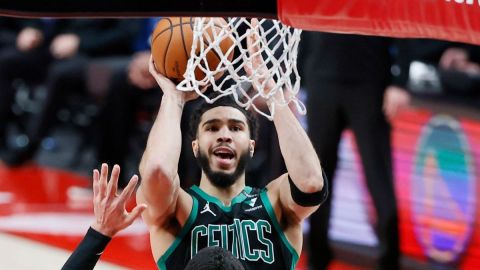