Well, you can add Kenny Stills to the growing list of professional athletes who are detached from reality.

The Miami Dolphins wide receiver could be seen relentlessly barking at New England Patriots quarterback Tom Brady and other Patriots players throughout Miami’s 35-17 loss at Gillette Stadium on Sunday. And at one point, following Brady’s second-quarter interception, Stills made it clear that he thought his incessant trash talk was getting to the five-time Super Bowl champion.

Here are some accounts of what was going on:

Dolphins wideout Kenny Stills seemed to keep up a running diatribe at Brady from the sidelines during the last drive. Brady reacted to Stills after being spilled hard. After Brady pick, Stills skipped along Miami sideline pointing at his head as if to indicate he got to Brady

Kenny Stills just took a victory lap after the Brady pick. He spent the entire drive yelling at Brady from the sideline. pic.twitter.com/OBVgHYWqBl

Kenny Stills spending the majority of this commercial break looking at the Patriots sideline. Now chatting with Patriots defense. He was jawing with Brady after Brady was hit by Kiko Alonso on that last drive.

Oh, and then there’s this:

Again, the final score was 35-17, and the Pats have won five out of their last six games against the Fins.

So, what’s Stills’ explanation for jawing with Brady?

“I just was hollering at him all game,” Stills said after the game, via NBC Sports Boston’s Tom E. Curran. “We feel like if we can get in his head, that’s the best way to try and win this game. I was trying to do my part.”

Fair enough. And Brady, according to Stills, didn’t have any problem with the trash talk.

“I enjoy being out here, I love playing football, I love playing against the Patriots and every Sunday getting an opportunity to play,” Stills said. “I did everything I could to mess with him and get in his head.

“I talked to him after the game. He hears me. He’s laughing. We’re all just having a good time.”

Stills can throw cold water on this all he wants, but it was clear to anyone watching Sunday’s game that he thought he was inside Brady’s head. Alas, Stills, like the rest of the Dolphins, was forced to watch as Brady threw for 227 yards and four touchdowns.

Stills has been silenced. So much for being in Brady's head. pic.twitter.com/R5V0w4PEPY 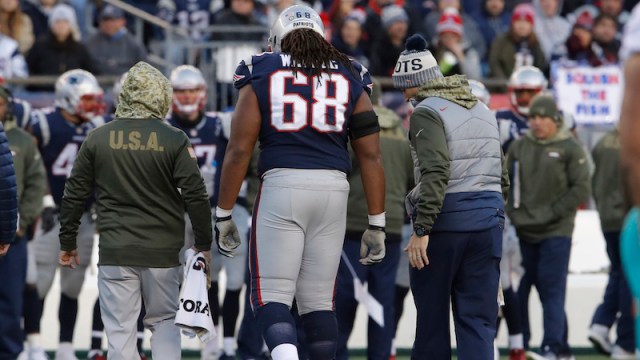 Injury Roundup: Patriots Get Battered, Bruised In Win Over Dolphins 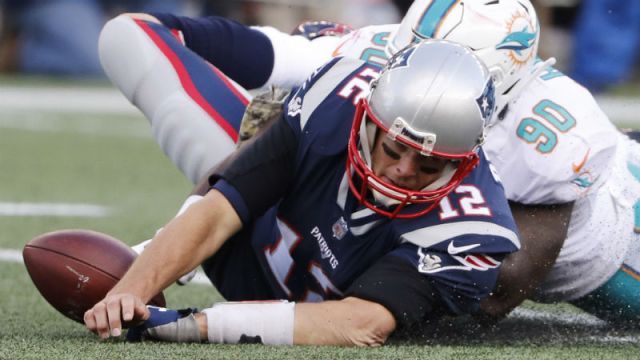