John Lynch must admire Wayne Gretzky, because he apparently took the adage, “You miss 100 percent of the shots you don’t take” to a whole new level this offseason.

We now know the San Francisco 49ers general manager unsuccessfully tried to trade for Jimmy Garoppolo this past offseason before finally landing the New England Patriots’ backup quarterback on Tuesday.

But FOX Sports’ Jay Glazer revealed a crazy part of that negotiation: After being rebuffed on Garoppolo, Lynch actually asked Patriots head coach/general manager Bill Belichick if Tom Brady was on the table.

“John Lynch, when he originally tried to trade for Garoppolo, was told by Belichick he’s off limits. Soooo, Lynch says, “ok if Garoppolo is off-limits would you trade us Brady?” Belichick to paraphrase (replied) “hold on, did you REALLY just ask me if I would trade Tom Brady?” Lynch persisted and an amused Belichick kept asking “did you really just ask that?” Soooo, that’s a no?”

Honestly, you have to admire Lynch for asking the greatest coach of all time if he’d trade the greatest quarterback of all time. Brady grew up in the Bay Area, after all, so maybe Lynch was hoping for some crazy scenario in which New England bought in on Garoppolo and allowed the GOAT to finish out his career in his hometown.

Alas, that wasn’t the case — at all. In fact, NFL Media’s Ian Rapoport reported Sunday that the Patriots never once considered trading Brady, despite some rumors to the contrary.

“Trading Brady was never an option and won’t be an option for the Patriots,” Rapoport wrote. “He will play as long as he wants, with the belief that the greatest QB of all time will know when to hang ’em up.”

Still, Lynch’s bold move should be a lesson to all the kids out there: The answer is always “no” until you ask. (And once you ask, it’s probably still “no.”) 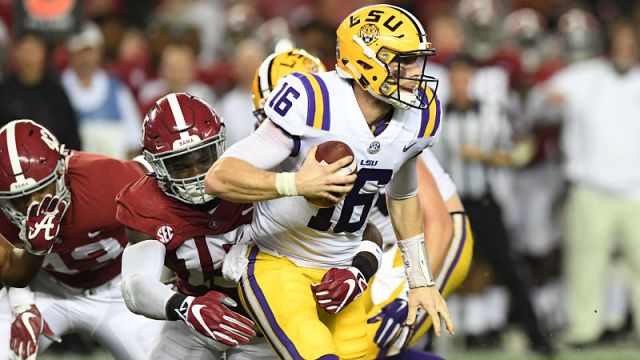 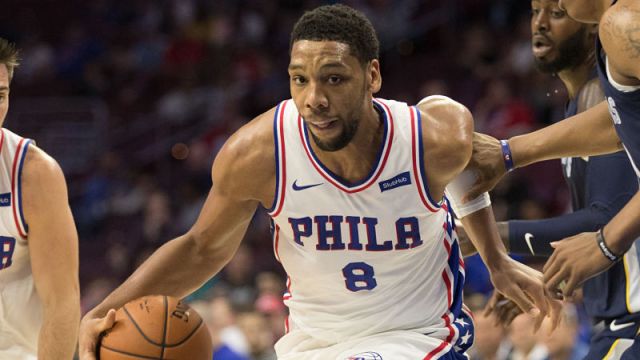