By now, you’ve probably heard plenty of theories as to why the New England Patriots traded Jimmy Garoppolo, their backup quarterback and supposed Tom Brady heir apparent, to the San Francisco 49ers.

But wait until you get a load of this one.

Brady camp 3 days ago felt privately TB could be traded by Bill after 17. This was a Kraft decision to make it clear Brady finishes as a Pat

To rephrase: Burr reported that Brady’s camp believed head coach Bill Belichick actually could trade the five-time Super Bowl champion after this season if New England kept Garoppolo and that the decision to deal Jimmy G was owner Robert Kraft’s way of intervening and ensuring New England’s full trust was in Brady, not Garoppolo.

Burr followed that up with two more eye-opening tweets, one suggesting Brady and Belichick aren’t on good terms.

Told TB relationship with BB not great and all his loyalty is too Mr Kraft. https://t.co/VWKT0CzixD

Brady camp continued Bill is 100% business and if he thinks he would be more likely to win with Jim G than TB than Tom would be out. Period

If you’re wondering, “Who is Ryan Burr and why is he reporting on football?” you’re not alone, as Twitter seemed very skeptical of his scoop. But the veteran golf reporter stood by his sources.

Ryan, enjoy your golf coverage, excuse my skepticism but why would U have random inside info with TB camp, re relationship with BB and kraft

Covering golf doesn't prevent a MAJOR source dropping in my lap. In fact it allowed it. https://t.co/Q2p0TJG7MF

Brady is an avid golfer who has plenty of friends in the golf community — including three-time major winner Jordan Spieth — so it’s possible one of Burr’s golf sources has some sort of connection to the Patriots QB.

That said, we should take this report with a grain of salt. Brady and Belichick, two of the most brilliant minds in football, have worked together for the last 18 years, and even if they aren’t best buddies, their five Super Bowl titles together — including two in the last three years — suggests they’re doing something right.

And while Belichick is notorious for putting business ahead of emotional attachments to players — just ask Lawyer Milloy, Richard Seymour and Wes Welker — something tells us he’d treat Brady a bit differently (an extra nudge from Kraft notwithstanding). 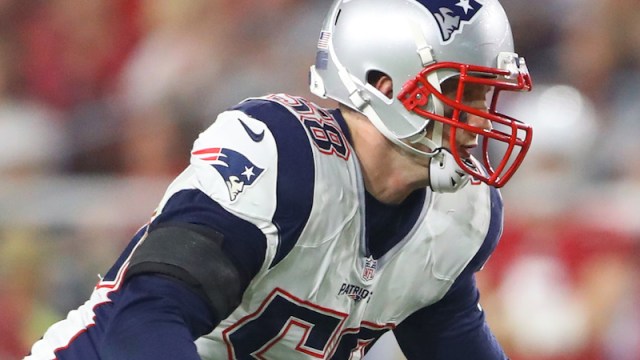 How Patriots’ Depth Chart Stacks Up At Midseason Post-Trade Deadline