The New England Patriots definitely beat the Oakland Raiders on Sunday in Mexico City — there’s game film and scores and stats and stuff to prove it. But the Raiders also kind of beat themselves with turnovers, drops and blown coverages.

Of course, those weren’t one-sided errors. Let’s take a closer look at how the Patriots forced some of those blunders in Sunday night?s 33-8 win at Estadio Azteca.

The Patriots began taking advantage of those errors very early by going heavy on no-huddle on their first drive.

The Patriots had practiced all week in elevation after playing the Broncos in Denver in Week 10. They went straight from Denver, which is 5,280 feet above sea level, to Colorado Springs before departing for Mexico City. They had been in elevation for nine days before their game in Mexico.

The Raiders, meanwhile, practiced in Oakland all week and didn?t arrive in Mexico City until 6 p.m. on Saturday.

Apparently, your red blood cells don?t get used to elevation in only a week, but at the least, the Patriots knew their limits by Sunday afternoon.

Great game plan.
However, spending one week at elevation is not enough time to produce more red blood cells to counteract effects of altitude.https://t.co/4x8ZQ918xl https://t.co/STDCpQVWox

The Raiders did not. Raiders rookie cornerback Obi Melifonwu was literally begging, looking borderline panicked, to be taken out of the game after the Patriots had run eight plays in less than three minutes.

The Patriots ran a lot of hurry-up on their opening drive. Wiped out the Raiders. Obi Melifonwu was calling for a sub eight plays in. pic.twitter.com/aGrNDHiSKg

The Patriots drove down the field and scored on a 15-yard catch-and-run touchdown by running back Dion Lewis.

Next-level QB play from Brady here on the Lewis TD. Looking opposite way the entire time. Knows the pump fake will shift the defense and immediately comes back the other way to Lewis. Clinical. #Patriots pic.twitter.com/CbwJ3eFK5W

The Patriots forced another mistake with 1:56 left in the first half when safety Duron Harmon picked off Raiders quarterback Derek Carr.

Carr’s pass bounced off receiver Johnny Holton’s shoulder, but cornerback Jonathan Jones isn’t getting enough credit for the turnover. Jones was in close coverage and made contact with Holton as the ball was arriving, preventing the receiver from making the catch. The ball bounced in the air, and Harmon chased it down for the pick. Good coverage across the board on the Harmon INT. Jones is in good position trailing Holton and shows good long speed to stick with him downfield. Look at how far Harmon goes to get there. #Patriots pic.twitter.com/CIipdZCcjf

The Patriots caused another Raiders error on their ensuing series when they faced third-and-5 from their own 33-yard line.

Center Ted Karras, filling in for starter David Andrews, went down for the snap. And when he lifted his head, Raiders defensive lineman Mario Edwards jumped offsides and was flagged for encroachment. Free first down, thanks to Teddy K.

The Raiders’ next mistake came on a six-to-10 point swing, when wide receiver Seth Roberts elected to carry the football like a hot empanada after getting inside the Patriots’ 5-yard line.

Jones, who had a nice game overall, was in coverage and was trying to tackle Roberts before the wideout got in the end zone. Then linebacker Marquis Flowers joined in and threw a forearm at the football, which was waving around in Roberts’ arms. The ball popped out and safety Patrick Chung hopped on it for a turnover. Such a heady and huge play by Marquis Flowers to punch this ball out and the #Patriots are often the first to the ball. #Raiders were driving to pull within one score. pic.twitter.com/g0OC5VdviF

The Patriots drove down the field, and kicker Stephen Gostkowski nailed a franchise-record 62-yard field goal to go ahead 17-0 at the half.

The Patriots delivered the dagger on the other side of the half on just the third play of the third quarter.

Brady saw speedy wideout Brandin Cooks in one-on-one coverage with Melifonwu down the right sideline. Despite there being no play-action, any hint of a run and no safety help over the top, Melifonwu is focused in on the backfield more so than Cooks. Even as Cooks was by the rookie and Brady was rearing back to throw his way, Melifonwu was still looking into the backfield. What are you doing, Obi?! Here’s the coverage as Brady’s dart is still in the air. And, yeah, Cooks gained even more separation as he sprinted down the field with the ball into the end zone. And the back-breaker TD by Cooks. 1. Why is Obi on him and in off coverage? 2. It?s cover-3 and he doesn?t even bother getting deep. 3. Subtle double move by Cooks but he?s running by him regardless. Fun to watch. #Patriots pic.twitter.com/gxFNCizb9N

Some other notes from the film review:

— Defensive end Cassius Marsh has seen his defensive snaps plummet. He only was on the field for two defensive plays, in which the Patriots gave up 25- and 7-yard runs. Flowers, linebacker Trevor Reilly and defensive lineman Adam Butler are picking up more snaps in his relative absence.

— Wide receiver Danny Amendola is a stud. He was an unsung hero with eight catches on nine targets for 66 yards with a touchdown. It’s incredible how he finds himself wide open in the middle of the field.

— Running back Dion Lewis also had a monster day with 10 carries for 60 yards and four catches for 28 yards and a touchdown. It’s fun to see him running like it’s 2015 again.

— CBS Sports commentator Tony Romo did a nice job of detailing how cornerback Malcolm Butler didn’t play to his coverage help on the Raiders’ lone touchdown. Butler had help inside, so he should have stayed outside. He didn’t, and Cooper beat him outside for the score. On the play prior, Gilmore also had help on the inside and stayed out despite a fake by Michael Crabtree back inside.

— Something about Gostkowski and punter Ryan Allen’s celebration after the 62-yard field goal was hysterical.

This celebration between Ryan Allen and Stephon Gostkowski after the 62-yard field goal is so great pic.twitter.com/fZWCWqbP8H

— Credit to linebacker Elandon Roberts. He was great in coverage. He let up just one 4-yard catch on three targets with a pass breakup off the back of his helmet.

— Oh, and Brady was tremendous. 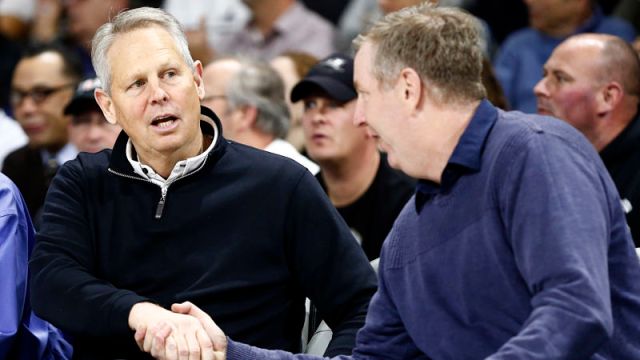 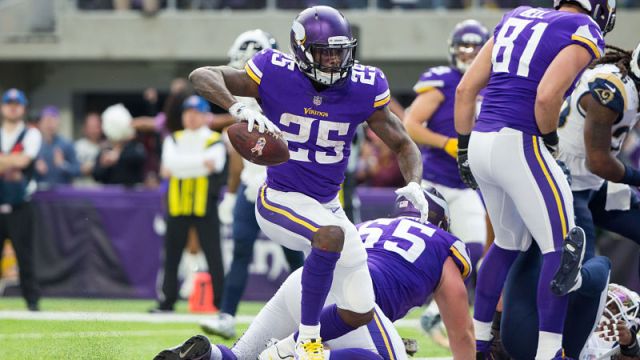